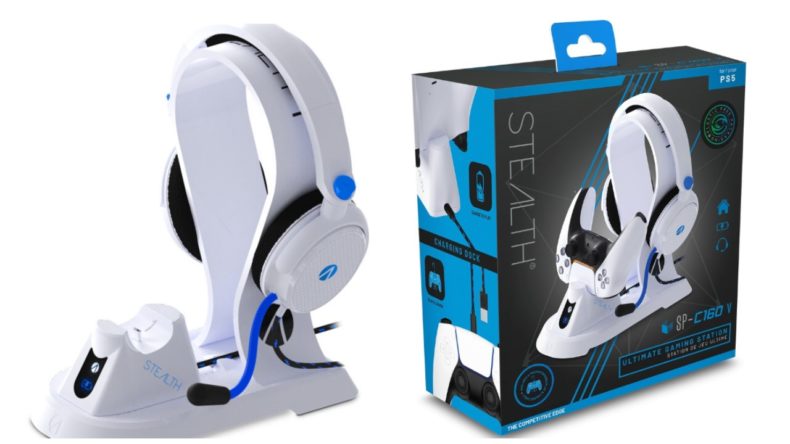 Anyone who owns a PS5 at this point has probably already run out of patience for the DualSense5’s battery life. All that snazzy haptic feedback is great, but it drains the battery like no one’s business. I often have to plug it in during long play sessions, or leave it wired up the PS5 while it’s sleeping to keep enough juice in it for the next session. 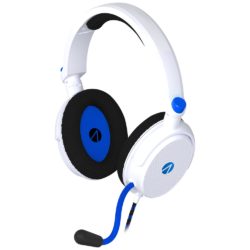 Well, Stealth have a solution with the SP-C160 V Gaming Station. It’s not the punchiest name, granted, but it is a decent piece of kit. It’s a white plastic base that takes up a bit of space in the corner of a desk. It allows you to dock your DualSense5 for charging while at the same time giving you somewhere to hang your headset.

The SP-C160 V is lightweight, and actually looks more expensive than it feels. It connects to a power source (I use the PS5 itself) via USB-C, and the removable charging dock is always ready for your controller. A simple display glows red when its charging and blue when it’s done. An integrated cooling vent underneath the dock stops it from overheating when you have the controller plugged in for a long period of time. 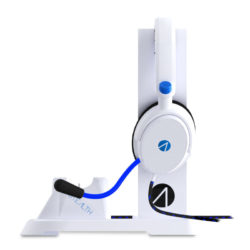 It’s a nice-looking stand, with a simple design and clean white form, embossed with subtle logos that don’t look out of place. The white finish also matches the PS5 nicely, so it looks like a natural part of your gaming set-up.

As an added bonus, the SP-C160 V also comes with a wired gaming headset. It’s a budget model, for certain, but perfectly serviceable – particularly if you’ve bought it for a younger gamer or as a way to streamline your set-up. The headset comes with a fixed mic, cushioned ear cups, and an attractive white and blue finish.

Also lightweight, the headset feels a little cheap to the touch, and it’s not particularly comfortable to wear. The cups are flexible, but the design is pretty stiff and after around half an hour I wanted to swap them for a different set. But bare in mind that they’re more or less an added extra – this entire set (stand, dock, headset) costs just over £30.

It may not revolutionise your gaming set-up, but the SP-C160 V is incredibly convenient, doesn’t take up much space, does a good job charging your controller and comes with what a decent if not flashy headset to boot. Anyone looking for a DualSense5 charging dock with a few added extras could do worse than the Stealth SP-C160 V.