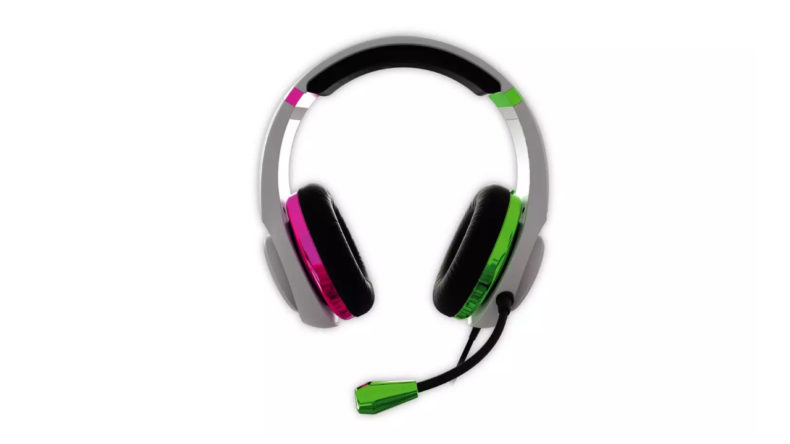 These days, consoles come in such a range of colours and styles that it’s not always easy to match a headset or accessory. Particularly with the likes of the Nintendo Switch, which comes in a variety of colours depending on which model you buy. Part of the reason I chose the Stealth Neon Gaming Headset in pink and green neon colours was to match my Switch’s joycons. It might sound a bit pointless, but if you like things to match it’s nice to have the option.

The other thing that’s really nice about the Stealth Neon Gaming Headset is the price. I have several young kids who are constantly asking to use my headsets, and having to watch them use expensive Logitech or JLB sets makes me painfully anxious. Knowing that the Stealth NEON headset retails for around £20 and is still sturdy enough to withstand little fingers is pretty comforting. 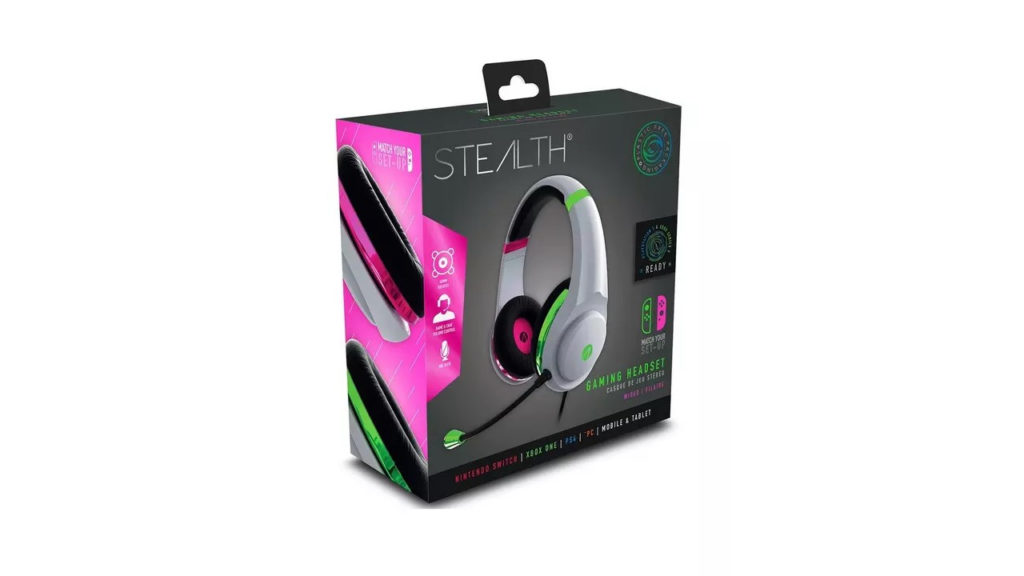 Unsurprisingly for a budget model, this headset feels light. It would be unfair to say it feels cheap, but it lacks the reassuring weight of more expensive models. That said, the headband can be adjusted to sit comfortably enough even on my melon, and it’s light enough that younger gamers can also use it without complaint. My only real issue is the wire. It’s a thin lead that refuses to lose its coil memory, so it kind of just feels in the way all the time. Heavier, looser wires don’t have this problem.

This model has a primarily white finish with pink and green neon highlights. The shininess kind of works against it aesthetically, but it’s pretty enough and, as I said, matches a Switch setup better. If you have the OLED Switch with neon controllers, it looks very good beside these.

It’s also pretty diverse. You can use it with any platform from Switch and PC to PS5 and Xbox Series X. There’s no need for USBs as it connects with a 3.5mm jack. The 40mm speaker drivers do a solid job of delivering the audio, although there are no fancy bells and whistles here. You won’t be connecting this to any software to optimise the output, and there are no built-in equalisers to play with. The control block on the wire allows you to control the volume and mute your voice, but nothing else. 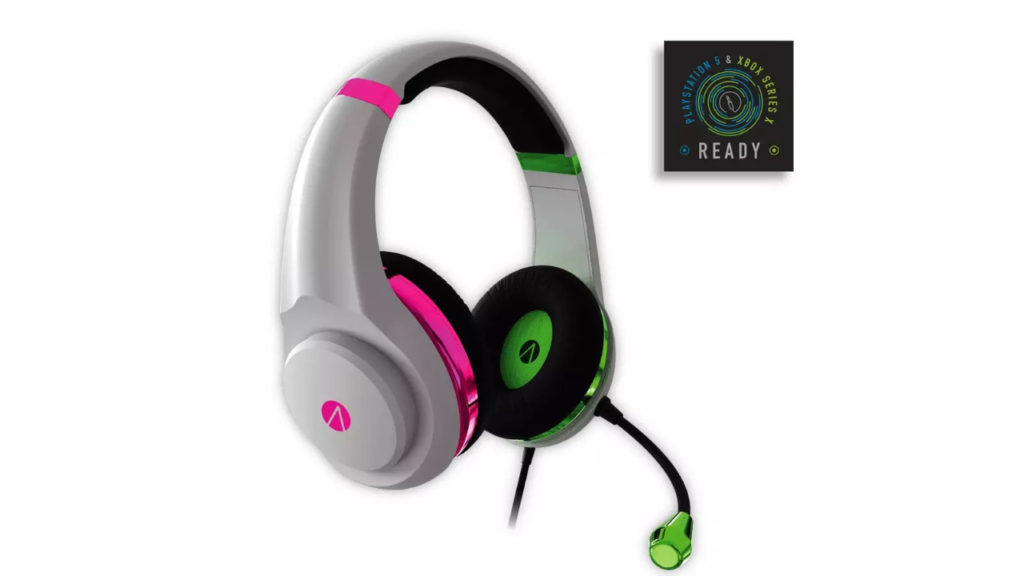 In terms of comfort, the Stealth Neon Gaming Headset is okay. I prefer leather cups to plush anyway, so that’s a plus. It feels light, even after prolonged sessions, but the mic is always present. You can’t detach it or stow it, which will annoy some people if they just want to use it for audio and not for conversation.

It’s not the sturdiest or most robust design, and lacks any extra functions, but it’s a very decent headset for the price. Ideal for younger gamers, its lightweight design is comfortable, and its versatility is a plus.