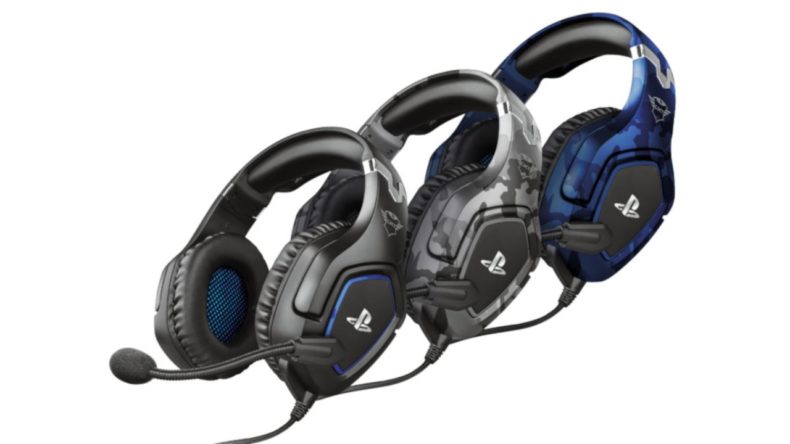 One of the most important elements for a gaming headset is a pop filter. You can have all the fancy surround sound functionality, active noise cancelling, comfortable ear cups, but if you’re voice is blowing your friends’ ears out when you’re trying to play, you’ll be the last on the team. Well maybe that’s a slight exaggeration, but the fact remains that an in-built pop filter is something a lot of high end mics don’t include in favour of fancier add-ons. The Trust GXT 488 Forze headset has it though, sending it right to the top of the budget headset class.

Because this is a budget headset, make no mistake. At around £20 at time of writing, this headset won’t break the bank and offers fairly reliable audio regardless of what you’re playing. It’s primarily designed for the PS4, which won’t do it any favours as more and more people upgrade to the PS5, but it does work with the new model as well as PCs and other audio devices. 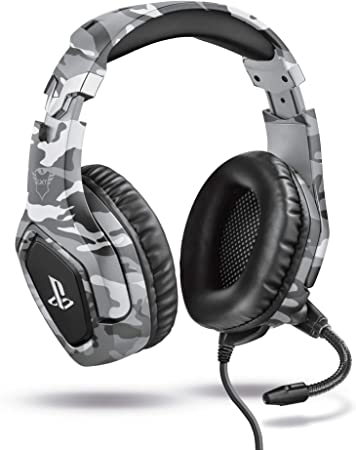 The Trust GXT 488 is a nice-looking headset, though its light weight and plastic build belie its budget roots. The version I reviewed is in grey camo, which is a bit odd next to my bank of black or white devices, but it’s not a game-breaker.

It’s also comfy, which is a must. It sits nicely on my melon and the padded cups and headband feel great, even after long play sessions. The mic is movable but not detachable, which might put some people off – it’s also omnidirectional, so this baby will pick up some ambient sound if you’re playing in a busy environment. That said, the overall sound quality is decent. It’s not going to blow you away, even on games with incredible intrinsic audio like A Plague Tale: Requiem, but it’s more than fit for purpose.

There are in-line controls on the 1.2m cable, which makes up for the fact that it’s not a wireless model. While a lot of people prefer that, it’s not a deal-breaker for me. I’ve had budget wireless mics struggle to pair or drop audio, and this has none of those issues.

While you can find alternatives for roughly the same price point, the Trust GXT 488 Forze headset is a damn fine mic if you’re picky about native PS4 capability. Or if you really like grey camo. It puts out decent audio, has a party-friendly mic, and feels better than it looks. At £20, you can’t really go wrong.