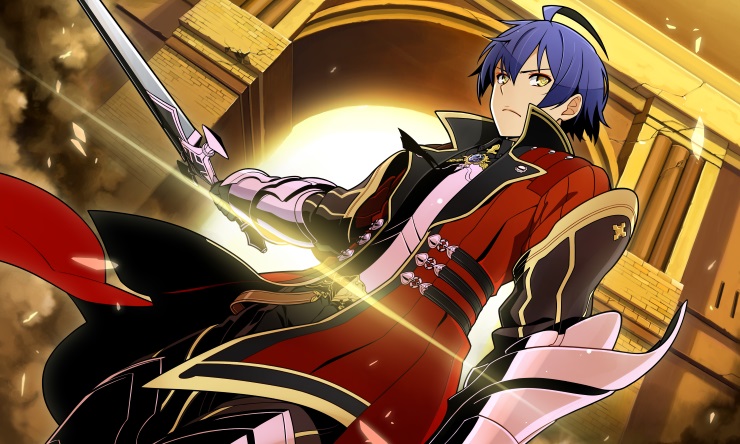 Over the last couple of years, I’ve had the pleasure of reviewing and playing through some amazing strategy RPGs like Devil Survivor 2: Record Breaker. Stella Glow is the final game that Image Epoch developed. It is a great SRPG with high production values and addictive gameplay that is let down by a few things.

I love when games combine popular mechanics from different games and give you a smooth overall experience. Stella Glow has great grid based tactical turn based combat and includes a good amount of character development through social interactions. This story and social interaction padding gives you some breathing room in an otherwise serious SRPG. Alto (the protagonist you control) is a hunter with an unknown past. He has been living with his childhood friend Lisette in a small village. As you would expect, the village gets attacked thanks to a lone witch Alto runs into inside the forest on a hunting expedition. One of the major mechanics is singing, and it’s been implemented in a very interesting manner in the story and in the actual gameplay. In this time, the ability to sing was taken away and only witches can sing. Alto is drawn to Hilda, the witch of destruction, thanks to her singing voice. Hilda’s song crystallises the village and this leads to Lisette’s awakening. There are multiple endings and your ending gets affected by how much time you spend with characters while not in battle. These socialising sections also give you backstory for each character and add replay value to an already fairly long game.

Battles are turn based and grid based. Before each mission begins, you are presented with the victory and defeat conditions and some special conditions. These are optional but you get rewarded with something unique for fulfilling these conditions as the difficulty is higher when you treat them as part of the objective. I found battles fairly straightforward and fair in terms of difficulty: you can’t breeze through them all, you need to pay attention to what you’re doing. This isn’t casual mode on Fire Emblem: Awakening. The direction you’re facing an enemy in also affects how an encounter will play out, which is an interesting mechanic.

Levelling up automatically upgrades character stats and fully restores HP and SP. SP is something that is hard to come by when you have multiple battle sets in a single big mission so planning around levelling up is important. I like how every action that earns you XP displays a small bar above you indicating the experience gained. Pressing B will let you skip a battle animation which is very useful, as there are no speed settings for battles, and seeing the same animation for actions gets old really fast. It’s a real shame there isn’t a way to skip the opponent turns, because even when enemies don’t do anything for their turn and wait, you need to see the cursor on them for a second or two. It’s really annoying, too, as the number of enemies increases later on. The singing mechanic is basically a high level skill for each Witch that can either grant bonuses in battle or damage enemies. These songs are great on their own as well. Stella Glow deserves a lot of praise for its visuals. Environments are lush and colourful and I love the detailed character models used in portraits. Having just reviewed The Legend of Legacy which had major performance issues, it is nice to see Stella Glow run so well. Another surprise is the addition of anime cut-scenes with voice acting throughout the story.

There’s a lot to like about Stella Glow, but it has a few flaws and annoyances. I don’t like the lack of a speed setting, or having no auto skip option for battles. Elsewhere, some of the missions that require multiple battle victories outstay their welcome, and some of the characters you socialise with aren’t as interesting either. These aren’t major issues but they hold Stella Glow back from being an easy recommendation.

Some missions overstay their welcome.
No battle speed setting.

Stella Glow does a lot of things well, but it also has annoyances that hold it back from being an easy recommendation on the 3DS to any SRPG fan.