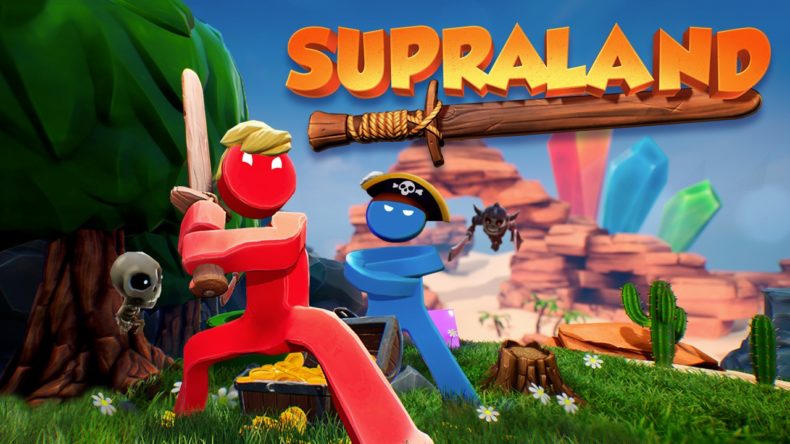 I think it was about forty minutes into my play through of Supraland that I sat up and started to properly pay attention to what was happening. It was a weird feeling to be made suddenly aware that what I was playing was really actually very good, and not what I expected at all when I first loaded in.

It is perhaps a strange thing to say right from the start, but the development team at Supra Games is tiny, and by tiny I mean that it is basically one person who designed and programmed it, with some support for the 3D modelling. It is quite astonishing what has been achieved, with clever portal like puzzles, a metroidvania style structure and a world absolutely packed with secrets. It doesn’t always hit the mark with some awkward references to real life events, as well as some mechanical issues, but overall it’s a hugely entertaining puzzle adventure game.

The entirety of your time is spent in a literal sandbox. You are a tiny stick figure, the child of the Red King and Queen, and your home is a real life child’s playground. He looms over you at all times like an omnipresent god directing your every action. The “action”, such as it is, is a simple case of a disagreement over water between the Blue Kingdom and your very own Red Kingdom. Your little plastic toy figure is sent by your father over to the Blue Kingdom to see what they are up to, but there are tonnes of obstacles in your way that you will need to overcome to get there. 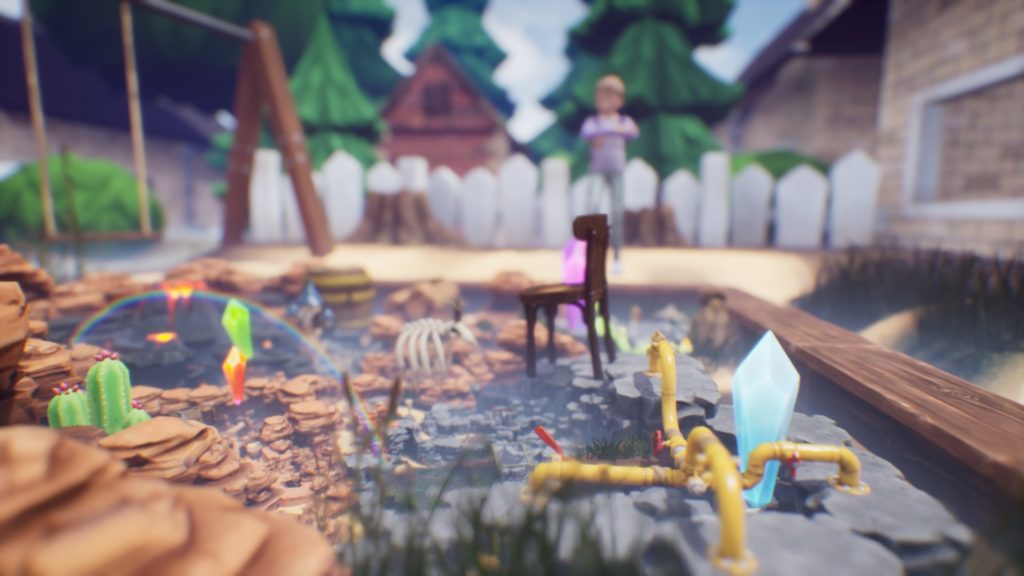 The world itself is built from real life objects, but because of your size they have different functions. A pencil laid across a chasm becomes a bridge, an eraser a slope you can use to get to higher ground, some LEGO becomes a wall you will have to scale and use to get to another area. Everything is a puzzle in Supraland. Gradually, as you make progress you obtain different abilities and tools that allow you to open up other areas of the world that were previously locked off to you. Coming back to previously explored areas with your new tools and opening up even more of the world that you didn’t know existed is consistently a delight.

Your range of tools is pretty varied. Your first major upgrade is a gravity cube, a waist-high purple block, that will feature extensively in your puzzle solving. You can use it to get to higher ground, to activate switches you can’t reach, a bridge that allows you to get other objects, and even as a weapon if timed correctly above an enemy’s head. The variety of uses for such a simple object is as dizzying as the amount of different types of puzzles the game throws at you. You’ll have climbing puzzles that will require certain abilities that you can purchase with the gold coins you obtain from the environment or by killing enemies; others will require a mixture of your gravity cube as well as other abilities I won’t spoil here. It is a lot of fun.

Your path to the Blue Kingdom is relatively straight-forward, but there are plenty of other things to distract you. Little toy figures like yourself are dotted around the sandbox drawing you into side missions that help galvanise some of the mechanics you have already learned, and also provide you with useful upgrades and power ups that will help you in your overarching quest. 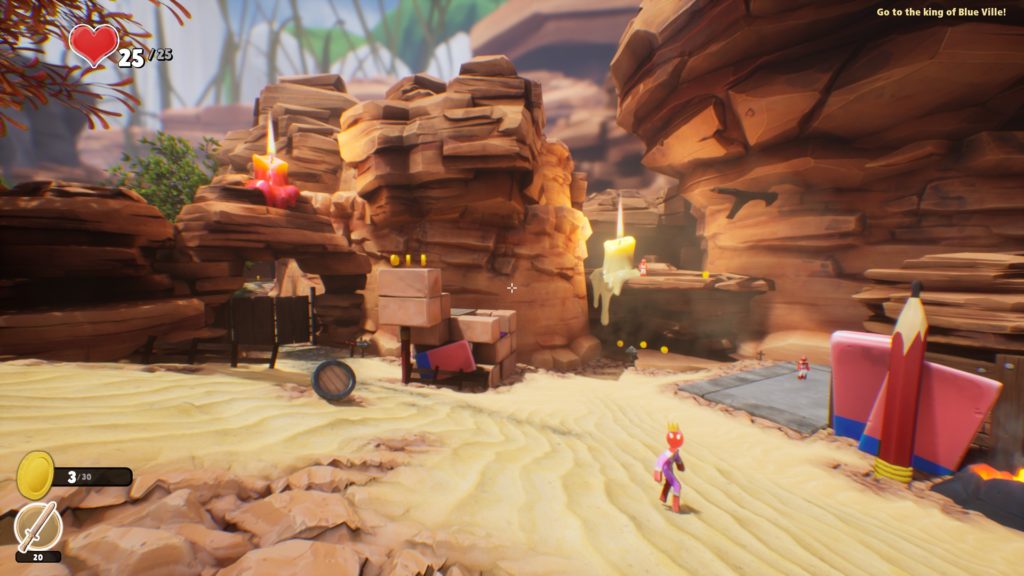 My only real criticism is the combat. It is sort of necessary in that the enemies drop coins when they die and you need coins to purchase powers, but it feels a little superfluous most of the time. Plus, hordes of enemies attacking you while you’re trying to solve a puzzle kind of becomes a chore. I’d much rather be left to focus on tinkering with the mechanics of my various tools to see if the solution will present itself than being bounced off a particular area because I need to despatch a few easily killed enemies, it kind of breaks the concentration a little to the point of frustration.

Supraland was initially released on PC, and I did experience some issues with motion sickness. I am noticing this more and more as I get older, but thankfully a lot of the PC functionality has made it across to this console version as well. You can tinker with the field of view as well as adjust the motion blur and bloom settings, which helped diminish a lot of the discomfort I was feeling.

Supraland is a delight. I will admit to having misgivings before I went in, but the amount of secrets and things packed into this little adventure is astonishing. It is, perhaps slightly too long, approaching twenty hours, so there is a danger of over-staying its welcome a little. The puzzles, however are consistently fun to solve, requiring a bit of lateral thinking at times, and there’s an enormous amount of pleasure in solving them. The best puzzle games are the ones that have you stumped for a little while, and then when the solution becomes apparent elicits a little “aha” moment. Supraland has that in abundance.

Supraland is a delight with a world that is brimming with secrets to discover. It is slightly too long and does have combat that feels largely superfluous, but the puzzles are consistently inventive and fun.