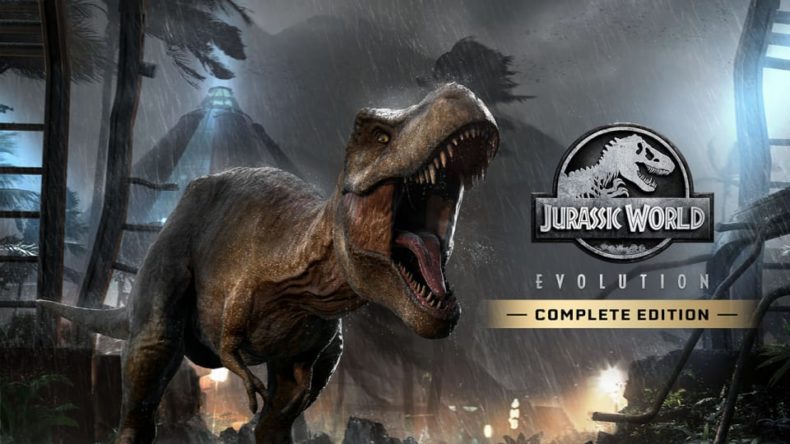 Switch reviews cover the Nintendo Switch version of a game. Jurassic World Evolution was released on PC, PS4, and Xbox One on June 12, 2018, and scored 8/10.

I am going to be frank with you here. I really don’t think synthesising the genome of long-dead creatures the size of two double-decker buses is really a good idea. I have seen the movies and they always seem to end in disaster. Still, the idea of a theme park where real-life dinosaurs are wandering around is an intoxicating prospect, and one that I have been more than happy to get stuck into.

This Switch version comes with the huge boast that it is the “Complete Edition”, meaning that it arrives with not just the base game that is available on PC and consoles already, but complete with all the DLC and content patches. It is largely the same game, but there are some slight compromises made for the Switch version to ensure it runs smoothly, namely a limit of one hundred dinosaurs. One hundred dinosaurs? Sounds like a recipe for disaster!

Jurassic World Evolution: Complete Edition is hilarious. I haven’t belly laughed at a game whether intentional or not for quite some time. I have watched my Ranger team, blasting Mariachi music from the Jeep, deployed to administer antibiotics to a sick triceratops get absolutely bodied halfway across the enclosure. The euphoria of releasing my first carnivorous dinosaur into the enclosure to rapturous applause from my guests and a rainstorm of money as they all rushed to purchase the latest merch was quickly quashed when, before a crowd of families, the damn thing went and ate my prized Triceratops. “Is it sleeping mummy?” was faintly heard over the screams, probably. 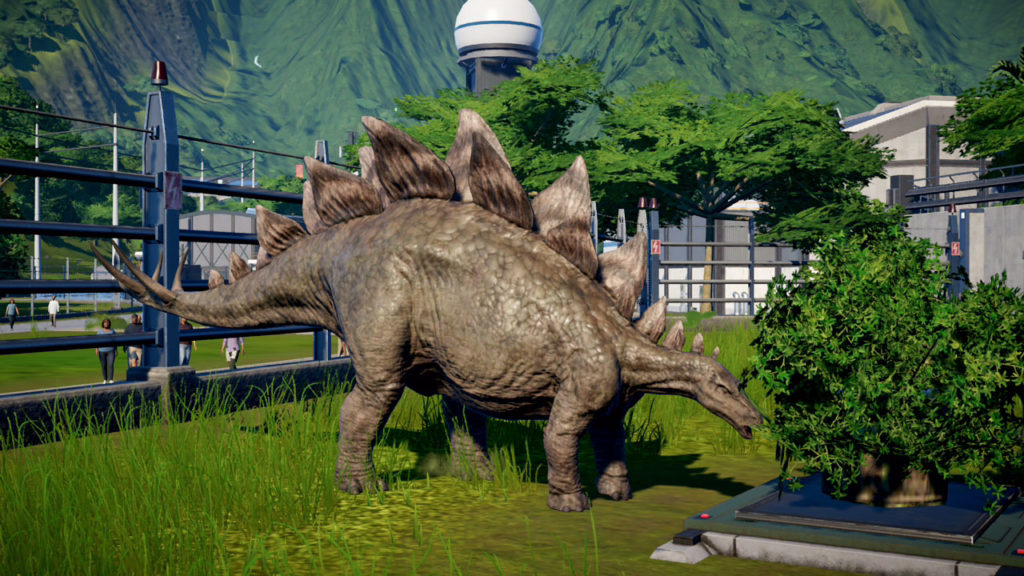 Park Director errors aside, there are other opportunities for hilarity. In one of the campaign missions, George Lambert, Head of Security, or THAT MAD BASTARD as he’s known to me asked me to test the ACU, or Asset Containment Unit, centre’s response times in the event of the unthinkable – an escaped dinosaur. The way we tested this? I had to leave the main gate open until a 12,000 Kilo animal decided to wander out and take a look at the fast-food joint. Terrified guests were left helpless, hands clasping half-eaten dino bites as a ward against impending doom.

Park building is a lot of fun, and there is an extensive campaign mode to play through taking you through different locations each with their own limitations and difficulties you will face. The first island is fairly relaxed with nice sunny weather and some pre-built infrastructure, but as you progress and move to new locations you will have to face storms that can damage your structures as well as have access to increasingly more complex and dangerous dinosaurs. If micromanaging your corporate financial pressures, along with the ethics of releasing a herd of extinct creatures into a poorly optimised park gets too much for you, then you can switch to sandbox mode. Sandbox allows you to build to your heart’s content without the constant buzzing of objectives your various department heads want you to achieve. There is also a Challenge mode where you will be tasked with building a park within a certain time frame. 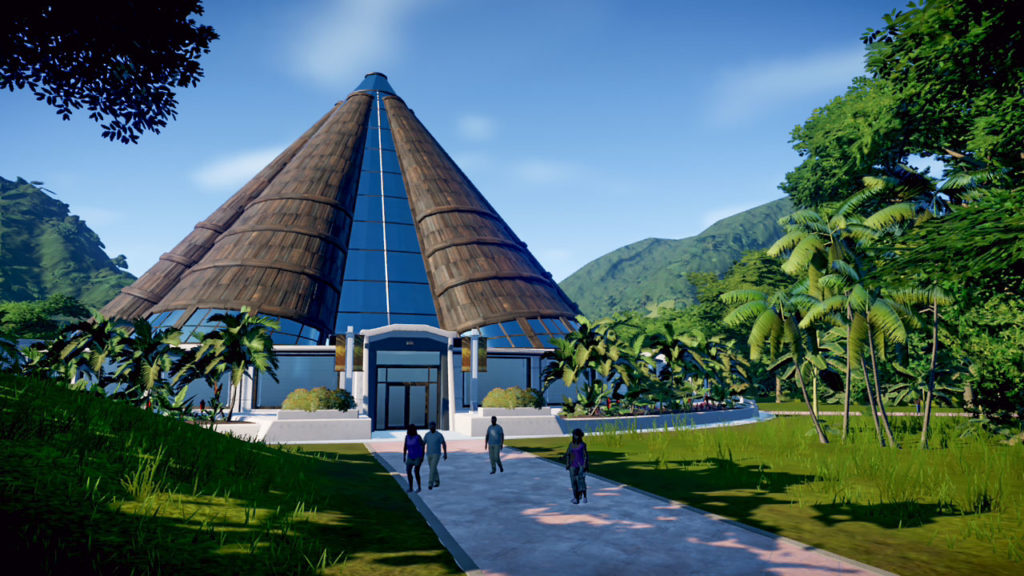 The Jurassic World Evolution: Complete Edition for Switch really does feel like a complete package. Crucially it is very well optimised. The dinosaur limit is a compromise, but that does mean that frame rate and performance remains smooth throughout. Of course, there are also compromises in the visual quality with things looking a little more blurry and muddied in the distance. Despite this though there is a surprising amount of detail even when zoomed in. Hand-held is always my preferred way of playing on the Switch and this holds up very well, although text size is definitely an issue in both docked and hand-held mode. It is a little disappointing that none of the console-specific features are utilised, but there have been some really thoughtful work done in ensuring the controls are easy to use, and if pressed I will always take a smooth experience over some nice to have features.

Frontier has a real eye for detail and eagle-eyed fans will delight at the cast of characters that make an appearance, some even voiced by their original actors. There are even some dinosaur species customisations that operate as neat little Easter Eggs for the most ardent of fans. For those that have already played on other platforms there is no cross-play or cross-save functionality so a fresh start would be required, however if playing a dinosaur park builder on the go is appealing then this Switch version is more than up to the job.

Jurassic World Evolution: Complete Edition comes packed with content even for the most ardent of Jurassic Park fans. Frontier has an eye for detail and although there's a small compromise in terms of total dinosaur population the payoff is a surprisingly smooth experience.