Sword of the Necromancer review 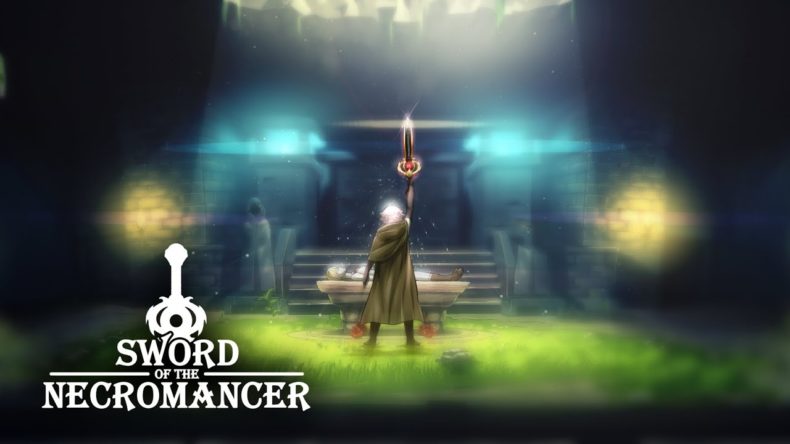 There are two parts of a game that can make it really stand out: the concept and the design, for example. You can have just one of these to make something interesting but you need both to make something worthwhile. If you’ve read anything about Sword of the Necromancer, I think it’s pretty clear which one it has. Sword of the Necromancer has some lovely visuals in the opening, an interesting idea but not much more.

In Sword of the Necromancer, you play the role of Tama, a young recruit/former bandit tasked with looking after Koko, a princess. You fall in love with her and she dies in your company, resulting in a mission to try to bring her back to life. You bring her to the foot of a dungeon and find the Sword of the Necromancer. You find it very quickly after a short tutorial that teaches you the basic controls. You bring it back to her corpse only to find out it is not nearly powerful enough to bring back a human. You must venture further into the dungeon to gain the power necessary to bring her back.

If you’re thinking you’ve heard this before, you have. This is essentially the plot of Shadow of the Colossus except it has a magical necromancy sword. This isn’t necessarily a bad thing. Retreading old ground and putting it in a new light can often be a fascinating thing. Perhaps, the best idea this game has relies entirely on the sword. After killing enemies, you can resurrect their bodies to fight on your behalf. They can level up over a floor to defeat the boss much easier. 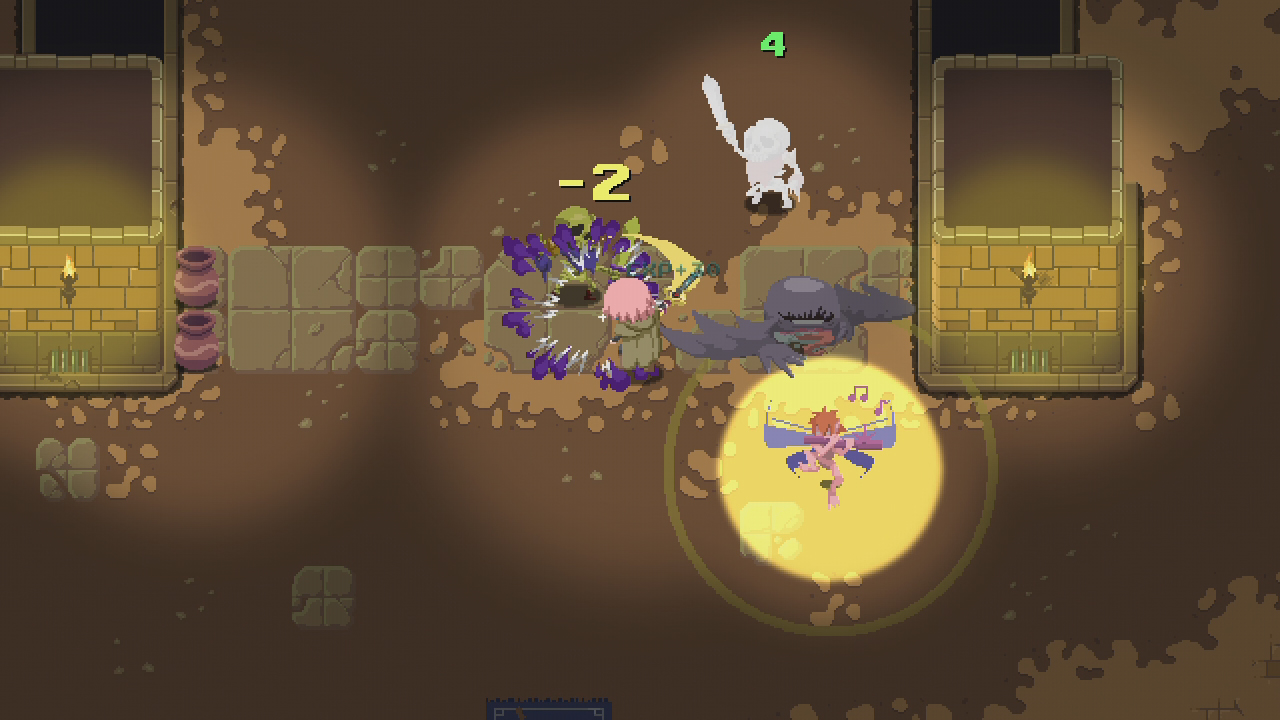 The floor design is rather mediocre as the game functions like a roguelite. Every time you die in a dungeon, the layout changes and you have to tackle it again. Unfortunately, rooms look the same and exploration is killed by many of the game’s own mechanics. For instance, you can only hold up to four things at one time. This means that if you have a decent setup, there’s little reason to bother searching around any more. You can attempt to find more enemies to kill and raise from the dead but they start to all feel very similar after a while.

This is Sword of the Necromancer’s main issue. The opening animation is great and vibrant, the idea is cool, and the story has a decent setup, but it’s just not very fun to play. Combat is downright weak. Swings feel dull and too strict to deal with unique situations. You attack and an arc appears, but you can’t swing too fast and angling it often makes you just miss the enemies in front of you. Enemies have different attack patterns but they fail to solidify themselves as anything interesting. Most enemies just rush at you, some of them have interesting effects and spells but none of them have any depth. Once you’ve killed them once, that’s all you’ll get out of it.

The necromancy system is a nice idea but clashes with some of Sword of the Necromancer’s mechanics. The limited inventory space leaves you often only carrying one or two minions at a time. You can level them up by letting them fight but they’re just so dumb, they usually just get themselves killed, and you cant resurrect them a second time. The worst offender of the inventory system are single-use items. If you can carry a minion or a sword in there, there seems to be little point in wasting one slot on something temporary. 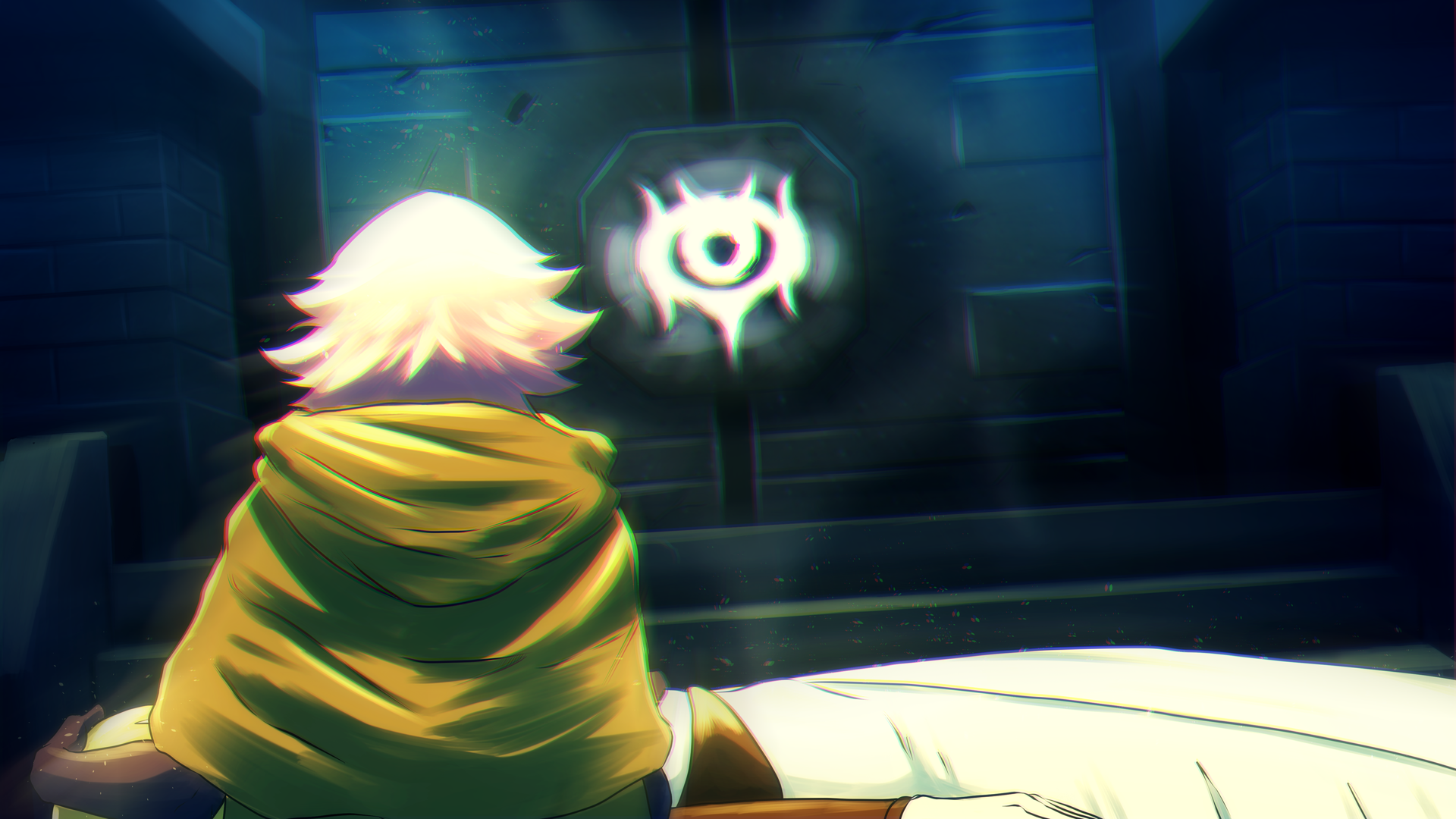 You will likely use the sword more than any item in this game as minions are a little too dumb and buffs are a little too situational. This all being said, the story itself is certainly not a bad one. The cut-scenes include stills and voice acting which helps with the feeling that it is going for – one of remembrance. Where the opening animation is bright, the story is further fading with every second. You miss details and crucial points that are only discovered as you play. This is genuinely something I quite liked about this game.

This moves us to the art. It fits a fairly minimalist pixel art style with some palatable but ultimately forgettable music. It all functions as it should with little to stand out. In a great game, it would work fine, but in a bad one, it would frustrate. Sword of the Necromancer fits somewhere in between. It boasts a pretty opening animation that’s just a little too nice for what the game offers: a story that’s just a little interesting.

Sword of the Necromancer fits in a bit of a funny place. It’s clear that some passion has gone into it and that there’s genuine care here. Unfortunately, the gameplay is just too weak and the mechanics aren’t exciting enough to support its ambitions. I will almost certainly play a sequel if there is one, but this is a hard sell. It might be worth resurrecting, but not more than once.

I will almost certainly play a sequel if there is one but Sword of the Necromancer is a hard sell. It might be worth resurrecting, but not more than once.