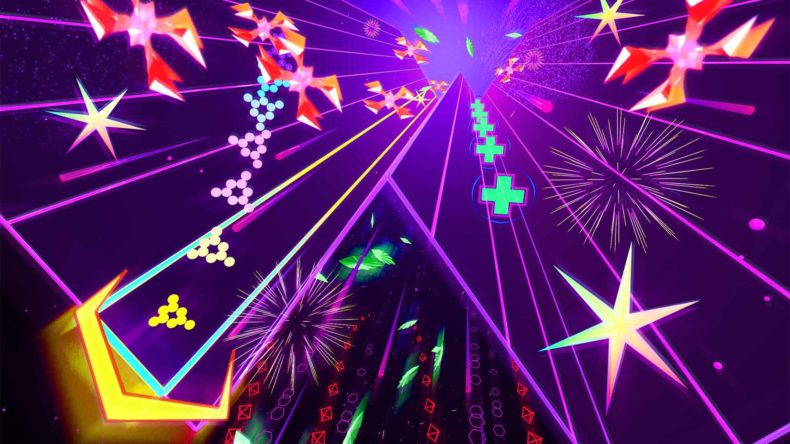 It has been eight years since I took a look at the excellent TxK for the PlayStation Vita – an inspired Jeff Minter reboot of his classic Jaguar title Tempest 2000, which was in itself a modern update of Dave Theurer’s groundbreaking 1981 Tempest arcade game. Atari were not happy about this indie Llamasoft release, to the point that they blocked its appearance on any other format. Despite this little bit of geometric shooter based beef, the Yak has obviously buried the hatchet and got into bed with Atari to create his latest work.

Tempest 4000 is the next in the llama-centric developer’s vector shooter lineage, and despite being around since 2018, Atari and Llamasoft are once again allowing gamers to get their vector fix on the move, bringing the same timeless psychedelic action to Nintendo Switch. 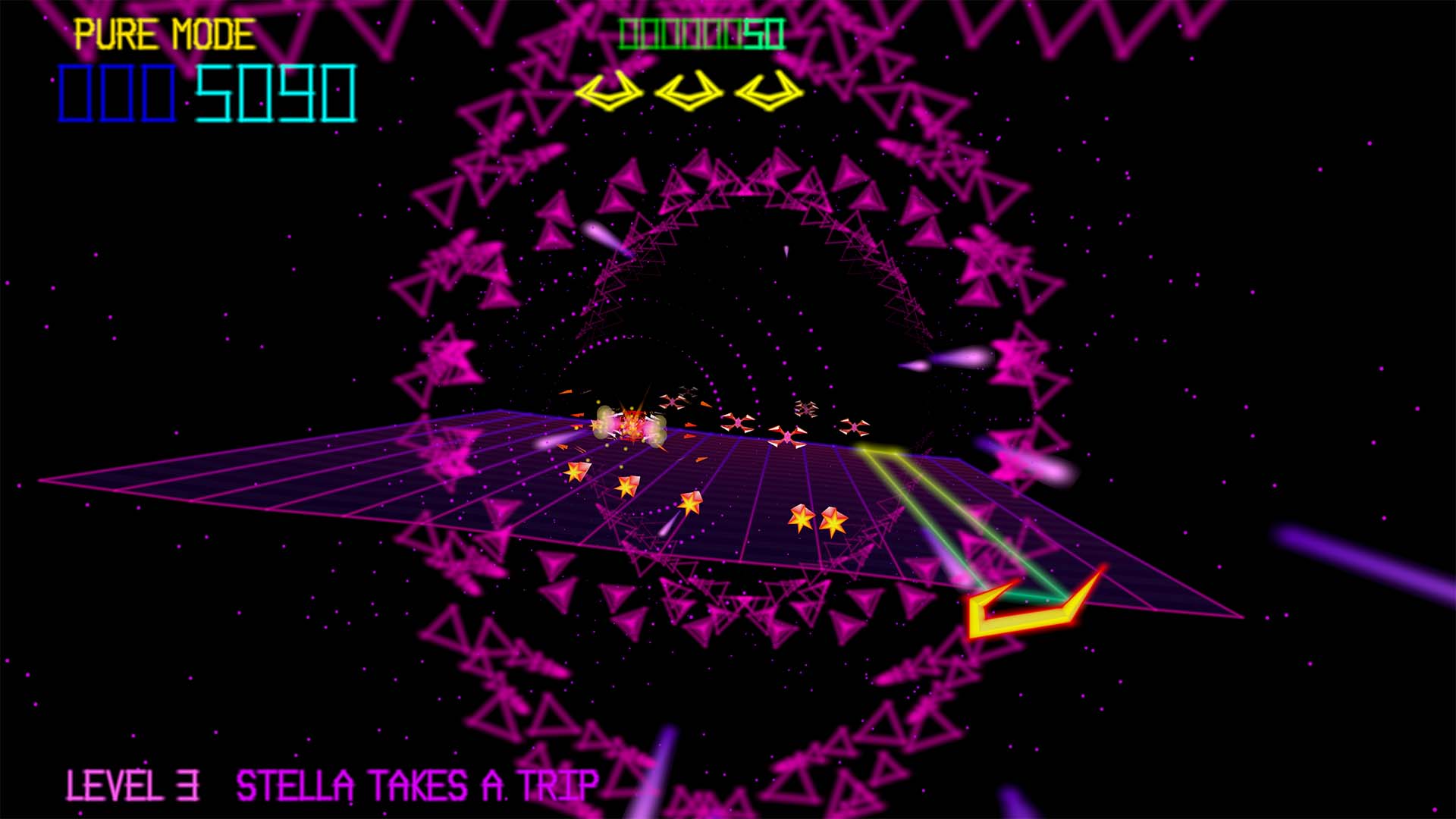 The core principle of a Tempest game has remained the same throughout the years – you take control of a claw-like craft that traces its way around the outer edge of a series of neon wire-frame structures that form each stage. Always facing inwards, enemies approach you from the distant horizon, and it is your job to blast them before they can reach your avatar and kill you off.

As is tradition, Tempest 4000 begins by easing you in with some slow and easy to dispatch cannon fodder, but gradually ramps up the intensity, speed and capabilities of your foes, as well as the crazed psychedelic trip going on around you. There are collectable power ups that enable you to jump, call in an assist drone, or even increase the power of your primary weapon – but they only last a stage at a time before resetting your ochre claw back to its original state. 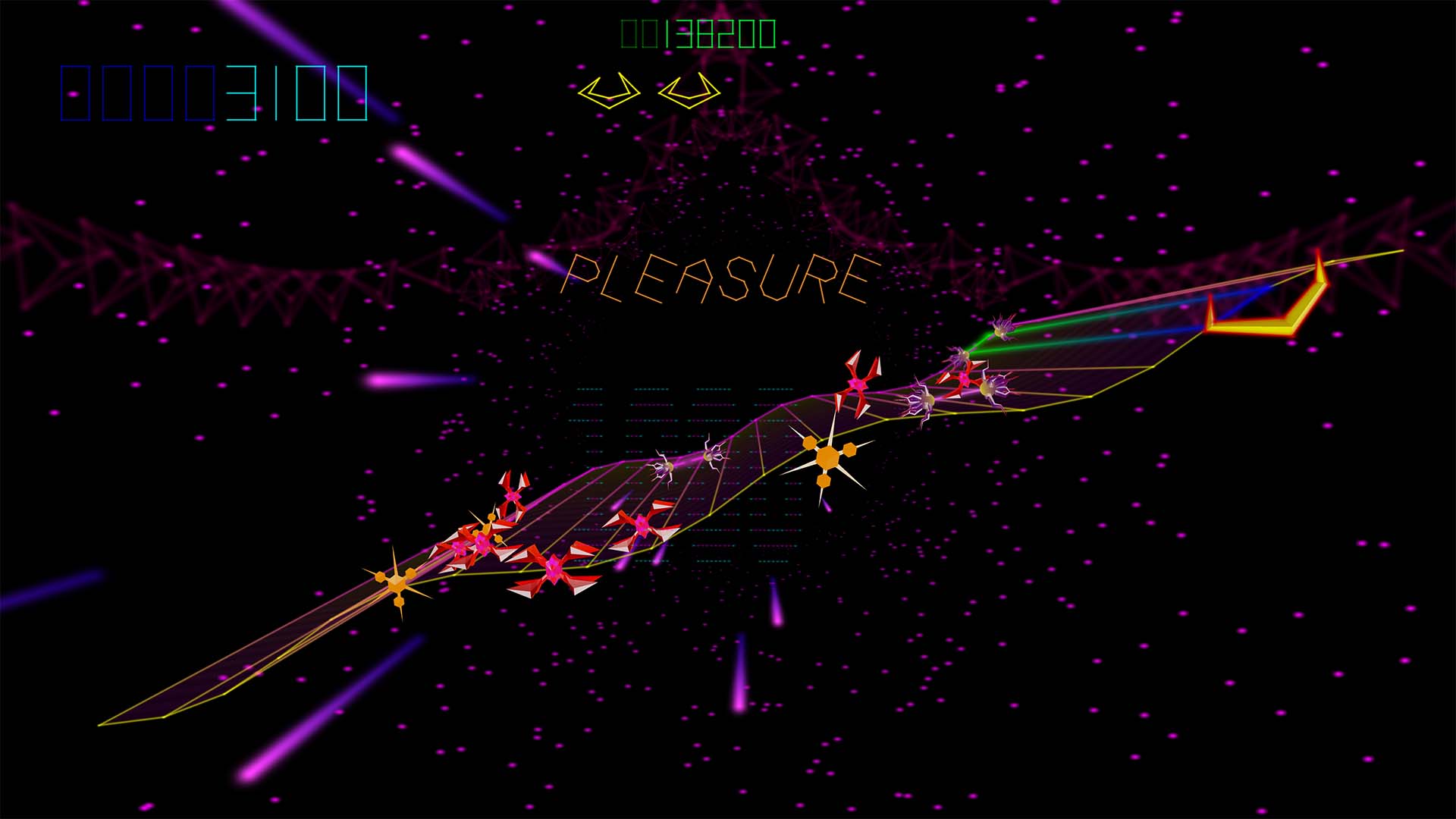 If you find yourself completely overwhelmed by the neon menace, you also have the handy ability to deploy the Superzapper – a smart bomb which takes out every single enemy in one fell swoop. This attack can be triggered at any time – even if you are mid-way through being snaffled by an enemy – and will give you a much-needed breather. And you will need it. There are 100 levels, and it goes without saying that the latter stages are absolutely ridiculous.

Speaking of which – the betwixt-levels minigame present in the Vita title makes a return here as you sail through rings NiGHTS style. It is a fun distraction. But there isn’t much more to differentiate it from the game that preceded it. There is an option to customise the thumping techno soundtrack – including some vintage tunes from previous titles in the series. 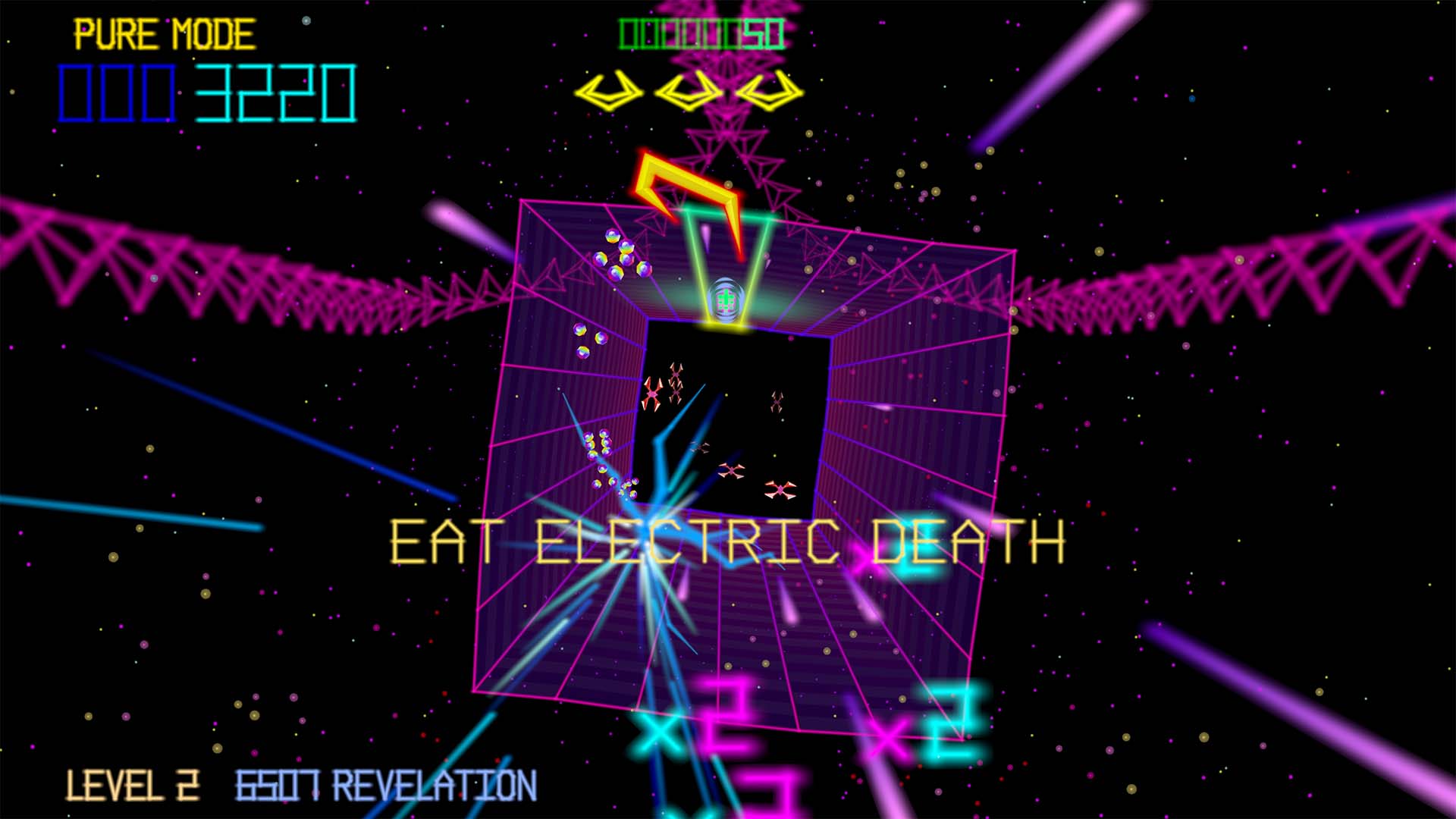 The same idiosyncratic Minter style remains – with some bonkers stage names, and cultish feel. There isn’t really any reason to recommend this over the Vita version – if you own it – but this feels entirely at home on the Switch. Docked or in handheld mode – especially on an OLED – this looks sublime.

The same camera issues on larger stages that have haunted every modern Tempest remain, and really this isn’t doing anything new or different – but this is an eminently playable, intuitive arcade reimagining that is well worth sinking some time into.

Not doing anything new
Camera issues

Tempest 4000 isn’t doing anything new or different - but this is an eminently playable, intuitive arcade reimagining that is well worth sinking some time into.