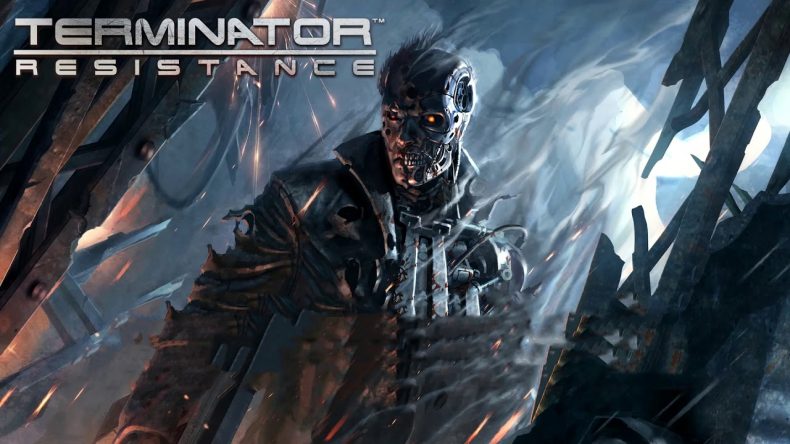 If you throw enough random ingredients into a pot, there’s a tiny, tiny chance you’ll accidentally create a culinary masterpiece. But the chance is so small, so infinitesimal, that it’s not worth the time and effort in the first place. And so it goes with game development. You can regurgitate as many ideas as you can think of and somehow stir them into the paste, but if you don’t have at least a clear idea of what you’re making in the first place, it’s going to end badly.

Developer Teyon seems to have ploughed headlong into the creation of Terminator Resistance and, in lieu of focus, has simply thrown stuff on the stove. The result is a hodgepodge of mechanics and clichés best described as a poor man’s Fallout but with Terminators.

That sounds pretty good on paper, right? Even the “poor man” part but, really, as Fallout is pretty damn good anyway. But Teyon seems keen to only borrow the boring stuff from Fallout. For example, almost everything in Terminator Resistance is beige and brown. You may argue that I’m exaggerating, and perhaps I am, but only because casting my mind back now the only thing I can remember not being one or another shade of brown is the Terminators themselves, who are all dark steel and red eye-glow, and who almost – almost – save the game from being a total shambles. Your protagonist is Jacob Rivers, an utterly forgettable Resistance fighter trying to get back to the headquarters. Travelling through Pasadena, because reference, he stumbles upon a small band of clichés who agree to travel with him. Conversations are painfully dull, delivered in the in-your-face style of Bethesda’s games, only with anemic writing and lacklustre performances. The voice actor who plays Rivers doesn’t do a bad job, but there’s a sense that a few supporting characters phoned it in a bit.

As your little group moves from place to place on the road you’ll have to go out and explore some fairly large areas. You can go on most buildings, blow holes in some walls, and gather “trade resources” for the box of guns and gear in camp. Seems a bit dickish to make you trade stuff for weapons and ammo when you’re essentially saving everyone’s arse all day every day, but whatever. Supply and demand. Machines patrol the ruins, searching for survivors, but until you start to come across the more iconic T-800s everything is bit generic. When you do finally start to come up against the actual Terminators, they’re annoyingly unkillable. It does help to create tension at first as you use your “hypervision” to see through walls and stealth around them, but it stops being fun after a while.

So much of Terminator Resistance just feels arbitrary. Few people would have minded if this was a straight up first-person shooter with a decent story and a handful of exciting set-pieces, but being able to craft gear that you can just find anyway or leveling up and increasing your skills and stats seems pointless when you’re already a trained soldier. It’s dressing that Resistance simply shouldn’t need, and because it’s apparently been implemented with a non-committal shrug from Teyon, you won’t feel compelled to invest time in it. Another issue is that I found it really, really hard to care about any of the NPCs relying on me. I spent most of the first few hours praying for a devastating assault by the Machines to just leave me and the dog to wander the wasteland and get into adventures, but this being a Terminator property, everything has to hinge on the Resistance. I know it’s in the name, but it really does start to grate after a while and you just want someone to play a different song. That being said, hearing the iconic music ramp up during certain fights never failed to make me smile, but it was small compensation for staring at screen after screen of sand-coloured sand.

The biggest problem with Terminator Resistance is that it feels a little unambitious, borrowing gameplay traits from all over the place but doing absolutely nothing new or unique. Smashing lots of ideas together doesn’t save this from feeling like it was put together on an assembly line, like its automated antagonists. It would probably be harsh to say that Terminator Resistance is “bad”. It’s okay. But given some of the releases we’ve seen this year, some notably from indie developers, “okay” ain’t getting it done.

Terminator Resistance suffers from a chronic lack of charm that can't even be saved by evoking its hallowed source material.