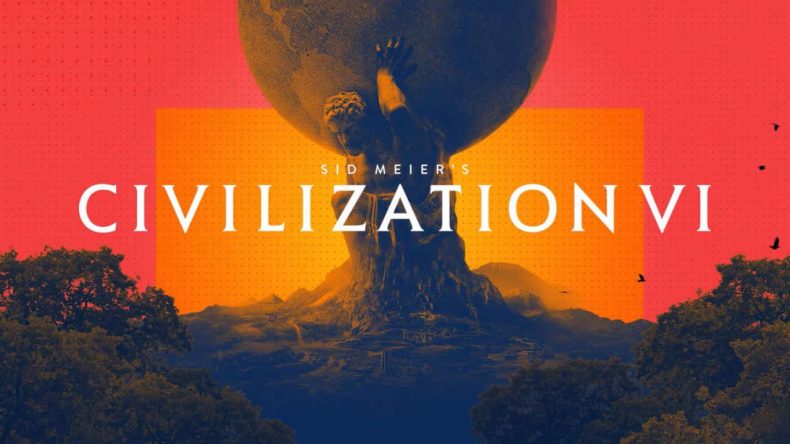 Building an empire and watching it thrive over thousands of years isn’t your everyday thing, but thanks to the fantastic Civilization VI, you can construct a world and lead it into a future filled with great opportunities, all from the comfort of your sofa. It’s been over 10 years since a Civilization game has graced a PlayStation or Xbox console. It’s been missed, that’s for sure, and I can confirm that you will not be disappointed in the slightest with this newest iteration. Putting such a detailed strategy game onto console is often a case of overhauling the controls and making sure that the UI works, and you’re able to switch between different menus with relevant ease.

Thankfully, the UI has been adapted really well. Using L1 brings up the Technology and Civic Trees, along with things like the government options, and R1 allows you to look at your Leader ranking along with where you stand against the AI controlled leaders. The map options are altered by pressing Triangle, and skipping turns is activated by pressing Square. Selecting your warriors, builders, traders, or scouts is easy, too, and along with these groups you can select the city and go through the various options by pressing Cross. Civilization VI also comes with The Gathering Storm and Rise and Fall DLC, and they’re both fantastic improvements to the game, making your playthroughs even better than before. Rise and Fall pushes you to maintain your people’s loyalty. If you can’t keep them loyal, they may rebel and form a free city. Heading into a Dark Age is pretty disheartening, but you’re given ways to rise up and find a way out of it. As for The Gathering Storm, it adds a completely new level of gameplay that means not only are you trying to win via the different victories, you’re trying to survive adverse weather conditions like tornadoes and droughts.

You can also take advantage of global fissures providing you have the technology to harness the improvements they possess to your cities. If you plonk a city down near a volcano, it has the potential to erupt and cause great damage to everything you’ve spent time trying to build. These natural disasters can also provide benefits, but it’s not until they actually happen that you get to see how. It provides a great risk that makes you think differently about where you build your empire, and with a real issue of climate change reflecting real-world problems, the World Congress mechanic feels rather close to home. If you’ve played through the expansion bundle but you still want to play it on console, there really isn’t a great deal of difference in how the game plays, but it looks incredible, from the colourful and cartoonish world leaders to the maps. Your empire looks incredibly detailed, which helps you distinguish where everything is built. The music is stellar as well, featuring a soundtrack that inspires your every decision. Sean Bean’s soothing Sheffield accent also makes each improvement you make or location you uncover extra special because he’s a legend, and who doesn’t want Ned Stark slash Boromir narrating everything you do?

It’s been a while since I’ve played the original Civilization VI, but it’s amazing how quickly I became obsessed with the natural flow of things again. If you’re new to the series, then there is a lot to take in. It’ll take you a good four or five attempts to find your rhythm, but when you reach the point when you know what type of victory you’re aiming for and how you plan to achieve it, there’re so many ways to play that the replayability is off the charts. I went into it thinking I’d slot right back into it, but it took a while for me to learn what I wanted to do. I chose Tomyris of Scythia for the Domination victory, and for a while I was smashing Barbarians to pieces, along with nearby City-States, but I’d not got a lot of land close by and the sea cost me dearly in the long run. I was too quick to try to dominate the capitals and got wrecked in the process. Instead, I went for the Science victory with much more success (God bless you, Peter the Great). It’s addictive and a lot of fun, but perseverance is key if you want to get the most out of it.

Civilization VI plays really well on console, and with the release on PS4 and Xbox One, the UI has been adapted to switch between menus, move around the map, and make your selections regarding what to produce with relative ease. If you’re new to Civ 6 and want to get involved, this is a great place to start, but be prepared to spend a lot of time learning the intricacies and nuances of each leader and option the game offers.

Newcomers will be overwhelmed

Civilization VI is a fantastic strategy game, and having it on consoles will allow plenty of newcomers the chance to experience it for the first time.