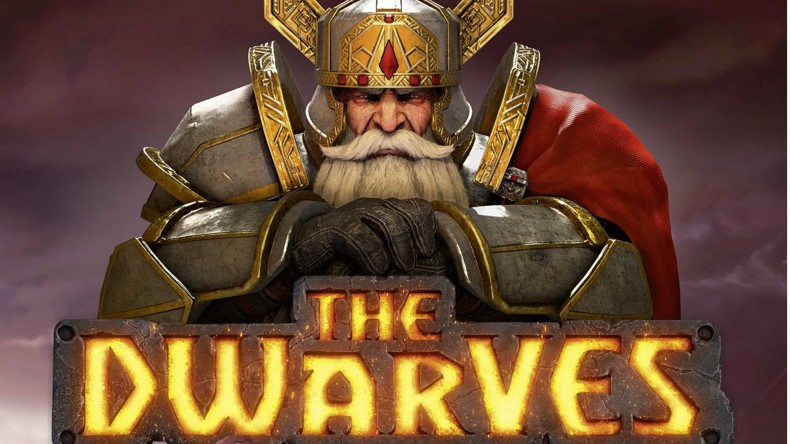 The Dwarves is one of those titles that you can see the potential in, but ends up being completely derailed by shoddy execution. An RPG based on the novels by Markus Hertz, it follows Tungdil, a Dwarf who has always lived among humans, as he ventures out into the world to face his destiny and possibly return to his people, just as the land is plunged into chaos.

Five of the Six Magi who maintain balance and keep the evils of the world at bay have been killed, and the sixth is responsible. As is often the case, it falls to Tungdil and his mismatched allies to save the land.

The problems begin early on though. In its opening moments, The Dwarves is plagued by screen tear, stuttery animation, and slowdown, and it never improves. The story and cutscenes are passable, but awkward pauses between scene transitions, cheesy voice-overs and endless loading times make anything story related a chore. Exploration is handled from a top-down perspective as you navigate Tungdil around the world, and interacting with objects to solve puzzles and uncover clues is all fine, keeping with the usual RPG standards, but combat is atrocious. You’re joined early on by a pair of rugged Dwarven warriors, and later by elves, mages, healers and various other battle-hardened allies. You must manage each character in battle, as the AI is only set to pummel the enemy either with basic attacks or special abilities. If left to their own devices, the characters will simply get overwhelmed by the ridiculous number of enemies and die like idiots. And if any party member dies, it’s game over. Think about that for a moment. No revives, no second chances. Miss one heal, or run out of potions, and you’re in trouble.

It’s not helped by the fact that The Dwarves will often throw battles at you in quick succession and drop bosses on you with zero warning. Curatives are hard to come by, and hard to use sparingly. Some battles have special objectives like killing a certain enemy, but if that enemy is prone to flee, catching them is almost impossible. Activating a special attack requires your character to stand still, and standard attacks (not controlled, but automatic) are almost entirely ineffectual. As a result, fights are often maddeningly frustrating. There’s a “tactical pause” option, which is not only hit and miss, but largely useless since there’s little option to really vary your tactics. It markets itself as Dragon Age lite, but it’s far from that level.

Sadly, you can’t even grind. The level cap is low, which means level-ups are few and far between, and there are no random encounters to farm XP. Interestingly, the world map allows you to travel from point to point using up provisions, but it’s another pointless mechanic as so little happens on the map. You meet people, merchants and travellers, and reach towns and inns, and often they present dialogue choices. These choices may lead to side quests, but if you’re not careful, they can lead to instant death with zero warning. The Dwarves is a laborious affair, riddled with performance issues and dragged along at an uneven pace by an exposition-heavy story in which most of the interesting stuff happens elsewhere and is relayed to you by NPCs, and not helped at all by a combat system that’s almost broken by poor AI and ridiculous difficulty spikes. I had to drop the difficulty several times and even then often took several attempts to beat fights. One battle early on forced me to load an ancient save and replay almost 2 hours to ensure I bought enough potions from the last vendor I met. I could have saved more maybe, but up until that point I’d not really struggled. Again, horrendous difficulty spiking almost broke my will. If the game was smoother and more polished, I might not have begrudged replaying battles as much.

It’s a great shame, because The Dwarves had potential. Heitz’s world is well realised, if a little generic, and the cutscene artstyle is bright and appealing. Tungdil himself is likeable, while the other 14 playable characters offer enough variety to make combat bearable if not ever actually fun.

And that’s the biggest issue here: it’s not fun. There are too many problems, too many bugs, too many pointless ideas and faults that feel like omissions. The combat is implemented so badly that it feels almost amateurish, and the sloppy execution of almost everything else compounds the problem and makes The Dwarves hard to recommend even to fans of the genre.

The Dwarves is hard to recommend to any but the most diehard RPG fan, due to poor combat and terrible performance.