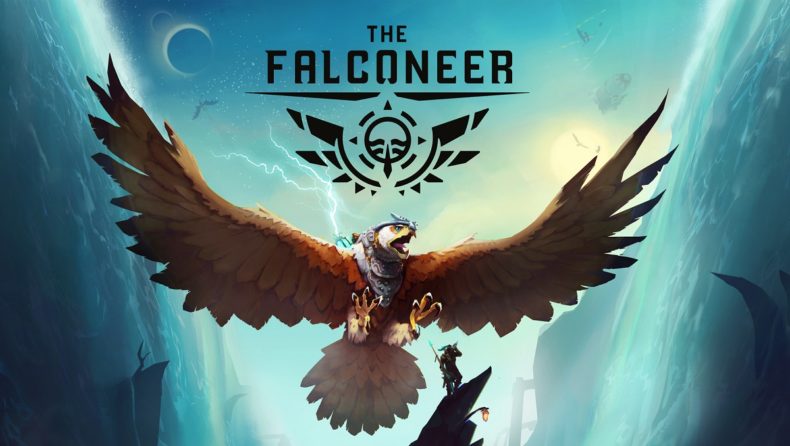 There’s a divine freedom in The Falconeer that offers catharsis to the constrictions placed upon us during these difficult times. Being at one with the air and the sea and spending time flying around as a majestic warbird feels like a perfect escape. Whilst many of the missions have an air of repetition about them, the gorgeous environments and silky smooth gameplay makes your time playing The Falconeer a joyous one. Not only does it feel so good to play, the story is incredibly in-depth which is something I wasn’t expecting.

You play through different chapters that offer a different viewpoint to the economical and political climate that rule a vast body of water known as The Great Ursee. The poor try to fight back against the rich, scrambling to gain control and wealth so they don’t diminish into obscurity, whilst the rich dominate the world with their gigantic airships and piles of riches. You often question who is in the right, even when playing through just the first chapter. 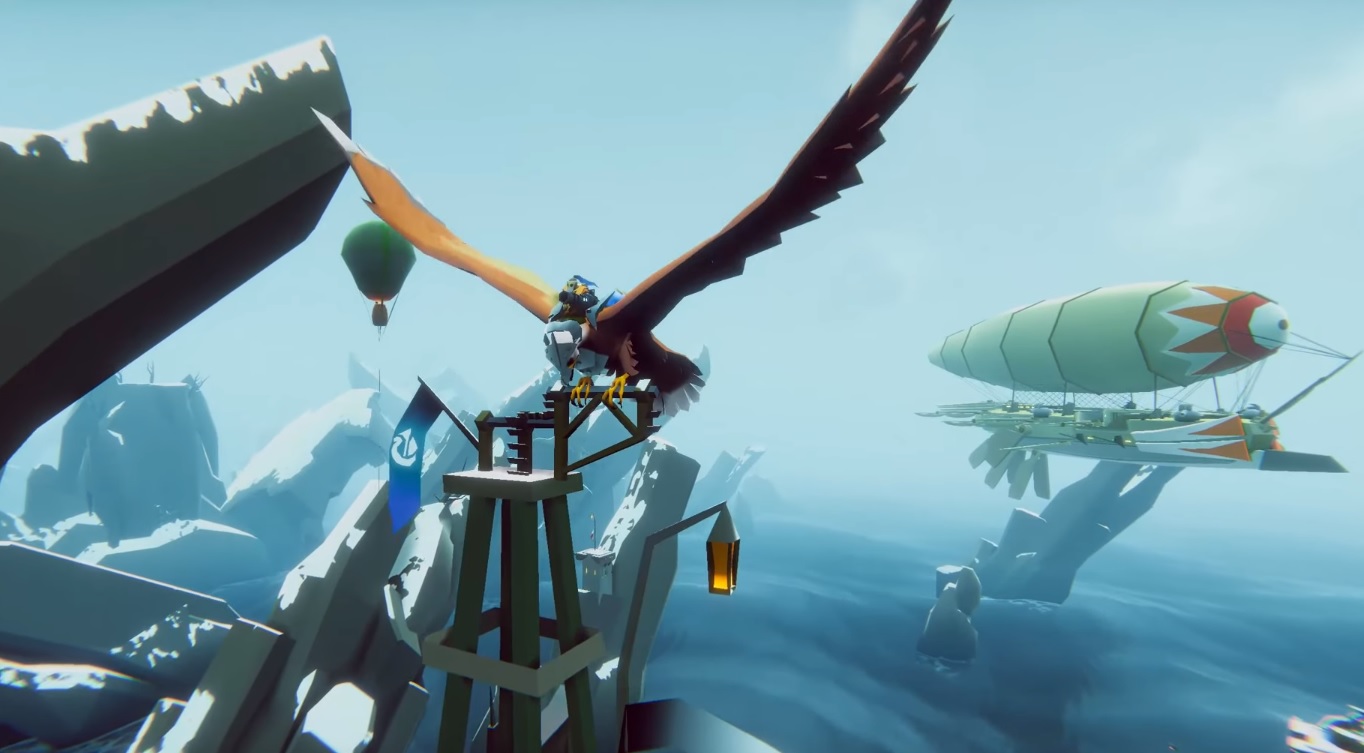 There are four factions that all have a story to tell. The Freebooter Rebellion is a fallen civilisation who are finding a way to rise from the ashes, The Civilian Freehouses has united a number of communities to build local trade, The Northern Imperium are the most wealthy and powerful in The Great Ursee, and The Mance Order seem a bit like the Jedi and Sith of the Star Wars universe, who hold the key to the greatest technology out there. With each chapter, you’ll meet plenty of different characters that help to build a rich and fascinating lore, with voice-acting that illuminates the beliefs and motivations of these people.

You can pick your appearance and which warbird you want to control, then throughout each chapter there is a mission path that unlocks the mysteries of the story and reveals each faction’s plans to succeed. Missions involve escorting ships across the waters, taking out a mix of different enemies, collecting packages, and more, utilising every trick in The Falconeer handbook to do so. You have weapons that provide different types of firepower, and they are all charged in a variety of ways. You can’t swap them on the fly, instead you have to fly through thunderstorms or Volcanic power sources to switch between lightning and fire ammo. 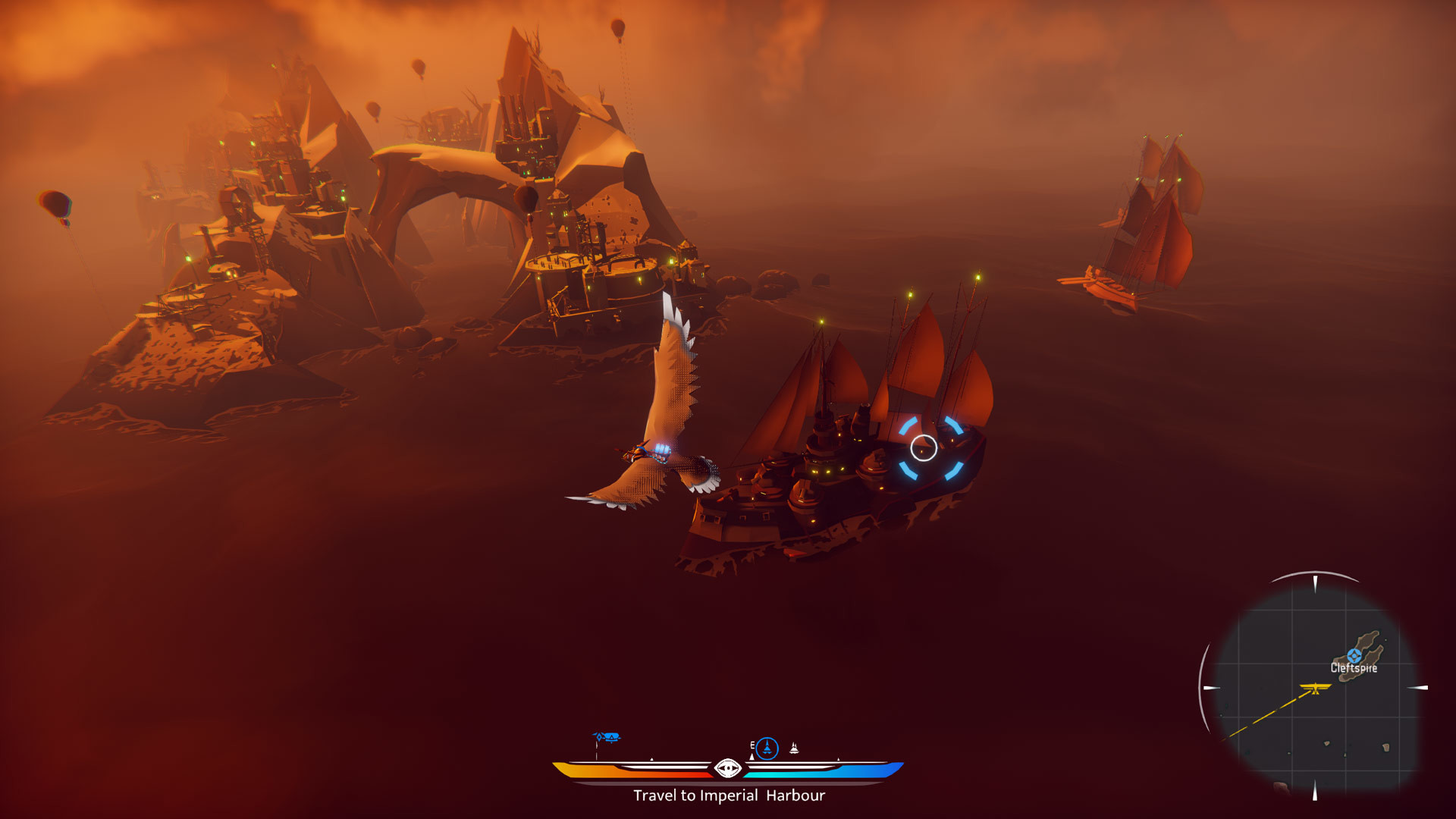 Flying is sublime in The Falconeer, and it’s so easy to glide across the skies. You can get swept up in wind traps, fly into whirls of air, and literally ride the lightning. Storms unsettle you and keep you on the edge of your seat, whilst the calming waters offer moments of serenity. Days can turn into night, providing some glorious sunsets and canvases of stars in the sky. No matter where you are or what time of day it is, the weather is stunning. The Great Ursee is also filled with different settlements, relics to uncover, and more. You can land on multiple perches, and depending where you are, side missions can open up that offer extra Splinters (money) to add to your fund.

Whilst piloting your warbird is a joy, combat is a bit trickier. Games within this genre require focus, especially when you are trying to shoot down an enemy. Whilst you can lock on to rival warbirds, zeppelins, pirate ships, or flying manta rays, the way they move differs from one to the next. It can be challenging keeping track of who you are shooting at, but there’s definitely a satisfaction to gunning down that one enemy that just won’t die. You also have help in the skies thanks to your partner who will fire at will once you’ve given them the go-ahead. Having to zip out the way of enemy fire and shoot within small windows is exhilarating; it amazes me that this game was created by one individual. 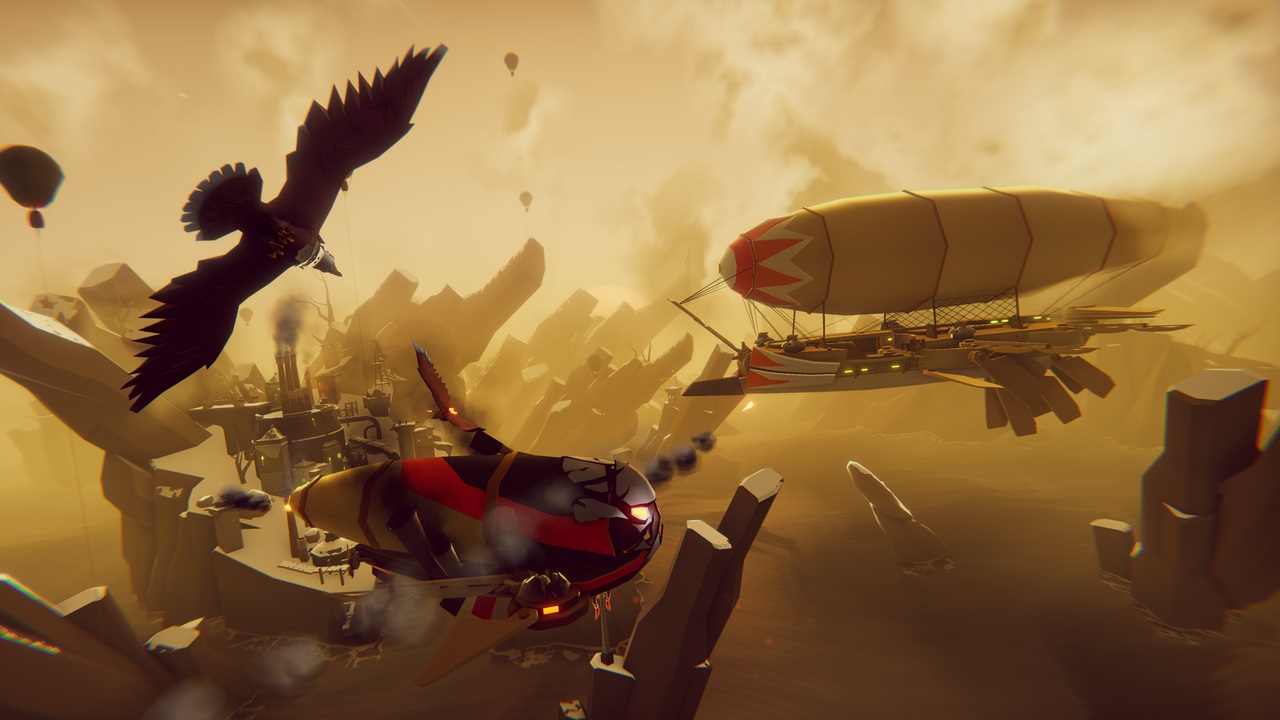 Some locations require permits to do business there, but these can be bought from traders around The Great Ursee. If you’re not doing patrols, scavenges, or other side missions for the people you encounter, traders offer upgrades to weaponry, ammo, mutagens, and charms. The latter two provide buffs to your warbird and help to improve your speed and agility, as well as other bonuses. You are free to roam the environment as much as you want. There is plenty to discover, whether it’s the story of the Kraken or a new opportunity to earn some money.

The Falconeer is a beautiful game that offers a necessary freedom and escape that is much needed right now. The missions do tend to stick to a specific formula, but the story of The Great Ursee and those that populate it is an intricate tale worth exploring. Flying is a dream, and even though combat can be a tad difficult, the rewards of taking out a fleet of enemies far outweigh the frustrations. Finally, the way the game looks is breath-taking. By pressing the left stick, you can remove your health and stamina bars from the HUD as well as the mini-map, giving you a perfect view of the stunning seascape. From orange sunsets to the eerie depths of The Maw, The Falconeer looks utterly sublime.

Combat can be tricky
Some missions feel repetitive

The Falconeer is a beautiful game that offers a necessary freedom and escape that is much needed right now. It looks incredible, and flying around The Great Ursee feels excellent, but sometimes the combat can be tricky.