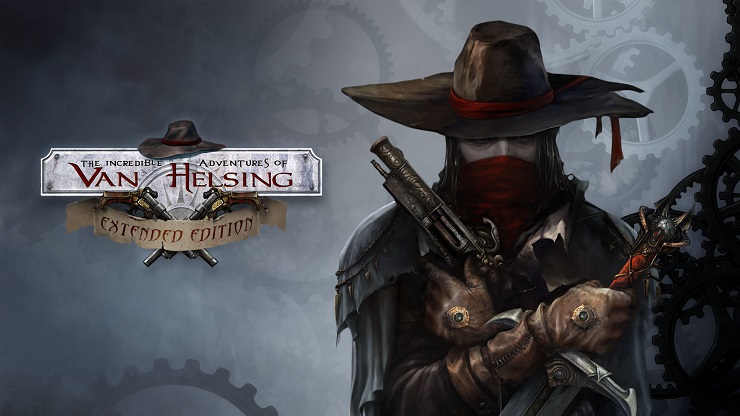 Like millions of people, you’ve probably played Diablo 3 already, right? I’ll level with you, The Incredible Adventures of Van Helsing could have been a mod for Diablo 3, albeit one with some impressive results. The core gameplay, the looting animations, hell, even the font used for most text – it’s all pure Diablo. But that doesn’t mean it’s a carbon copy.

During a trip to Borgovia, our dear Van Helsing’s carriage is ambushed by brigands and he is forced to fight them off, with the help of his ghostly companion, Katarina. This consists of holding down the attack button and waiting for your enemies to fall down, while Katarina’s vicious-looking wraith form claws at their faces. Of course, if you fancy your chances wading in with a sword yourself, you can tailor your companion’s AI to your liking. Do you want to fight alongside her, face-to-face with whatever manner of man or beast assailing you; or would you rather one of you hangs back, using ranged attacks while the other leaps in with both feet? A simple visit to the menu will sort that out for you.

Personally, I liked to hang back, using guns to fill monsters full of lead and fire, while Katarina shredded faces. Much like its obvious influence, Diablo, you can also combine regular attacks with special abilities and magic, earned through levelling up. Even with tutorials enabled, however, the menu for unlocking new abilities isn’t exactly easy to navigate or understand. The premise is simple enough: put earned points into whichever ability you want to acquire/upgrade. But the reality is a little different, as you have to select an ability, then decide which part of it you want to unlock, and then decide in which order their specific combos will go. It does work, once you get the hang of it, but it does seem needlessly slow and complex for a game that’s so fast paced.

That said, linking new abilities to corresponding buttons on the controller is simple enough, and using them in combat is equally easy and intuitive. Abilities are mapped to the face buttons and the right-hand shoulder buttons, and all that’s left to do is decide how to use them during a fight. I liked to draw monsters in with a few shots, before lining them up for a shock of lightning, chaining through them as I continue hitting them with all the firepower I have at my disposal. Combat and looting is certainly the name of the game, but it isn’t the only thing The Incredible Adventures of Van Helsing has to offer. There’s a decent RPG element lying beneath its surface, with semi-open areas to explore, filled with secondary quests and secrets. Every step of the way, Katarina’s sass is right there with you, too. Give a beggar some gold for food and she’s complaining that she needs new clothes, or she insists Van Helsing buys her the pony she always wanted. She berates him at every opportunity and it builds a genuinely fun relationship, in spite of the poor voice acting behind both characters.

None of the voice acting here is good, truth be told. It’s a shame, because the rest of the sound is top notch. Guns and explosions sound suitably…well, explosive; beasts and monsters sound feral and dangerous, with directional sound doing a great job of telling you where they are, without compromising the atmosphere; and then there’s the fantastic soundtrack. The music for this Van Helsing adventure could have come from a Hollywood production, it’s so well made and suits the setting perfectly. Can’t help thinking that most of the budget was spent on getting the score just so.

I’m sure the budget wasn’t spent on the visuals. They’re fairly average throughout, in terms of pure graphical grunt, with iffy textures and low poly NPCs. But the lighting and art direction do a great job of making it work somehow, especially when you reach Borgova and everything takes on a dark, industrial feel. It’s very Bloodborne, although I think it’s fair to say that Van Helsing was around well before FromSoftware’s game. Long before videogames were invented, actually. But I digress. The atmosphere and mood is also backed up by some inventive enemy designs, from traditional werewolves to steampunk, mechanical soldiers and some quite disgusting abominations – all with the intention of shuffling our hero off this mortal coil. This murderous intent is at its most clear when, around halfway through the game, a tower defence mechanic is introduced. It’s a little jarring, but it works, to a point. By gathering machine parts during your time in Borgova, you can research and build various traps in order to help defend your lair from the mutated denizens of the underworld. Once you’ve decided where your defences will lie, you’ll be ready to fight anything that’s (un)fortunate enough get past those defences. It feels like a bit of a gauntlet, a forced slog for the sake of some extra padding, but there’s a strangely compelling quality to the game’s overall combat, which makes the tower defence elements a fairly enjoyable challenge.

Taken apart, the different pieces of The Incredible Adventures of Van Helsing are rough and unpolished, but sticking them all together yields oddly addictive results. The combat is satisfying and fun, and the dodgy voice acting can be forgiven when the partnership of Van Helsing and Katarina is so entertaining; the level design is full of secrets and interesting locales and despite the roughness of the presentation, its sound design and lighting show a spark of quality that many smaller games can lack. In this Extended Edition, complete with upgraded visuals and sound, it shows that the developer wanted to improve its long-finished game and it certainly does look sharper than the original version. It doesn’t look like the screen has been smeared with Vaseline anymore.

Yes, NeoCore’s game is like a Diablo 3 mod, but as its clear influence is the best dungeon crawler in the business, you could do a lot worse than put 10-12 hours into The Incredible Adventures of Van Helsing.

The Incredible Adventures of Van Helsing takes its influences from the best, and although it can’t match that high quality, this Extended Edition is the best version of NeoCore’s action RPG. Worth playing.