The Legend of Heroes – Trails of Cold Steel II Review 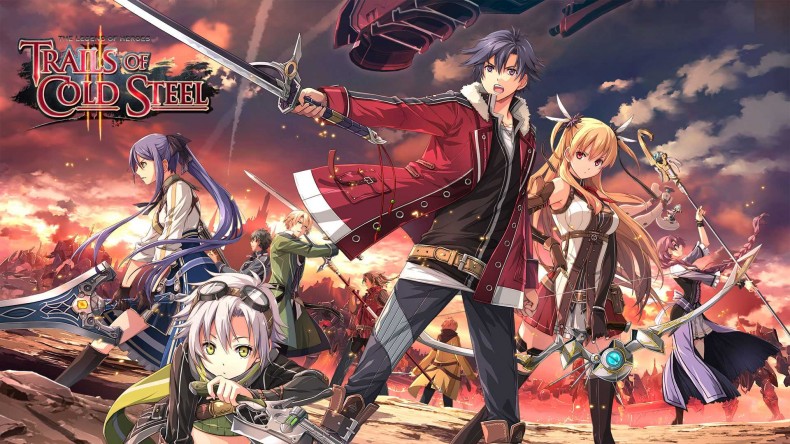 Over the last few months, I’ve seen many articles and forum posts claiming that the JRPG as we know it is dead. The problem is, some people aren’t willing to look beyond big names like Square Enix for JRPGs. There are other developers that have taken up the baton and continue to make excellent games that typically have lower production values. This is where Falcom comes into the picture. Alongside Gust and Atlus, they are the top tier JRPG developers as far as I’m concerned, and with The Legend of Heroes: Trails of Cold Steel II, Falcom have delivered a sequel that topped all my expectations. If you played Cold Steel I at launch and needed a refresher, there’s a nifty option in the menu that will narrate with images what happened in each chapter. It’s a much better way of reminding you of a long tale than simply putting it all in a short video. Cold Steel II picks up a month after the conclusion of Cold Steel I. Rean’s world has been thrown into despair and he has to pick up the pieces. I found myself expecting “The boys are back in town” tune to play at any time as a joke because that’s what things felt like to me (I also wish I hadn’t linked Cold Steel II with that song because I cannot unhear it now). Rean looks to meet up with everyone from Class VII across the land early on before things start to properly pickup.

Since you will spend a good amount of time in combat, the battle system builds on that of Cold Steel I. It still feels like Grandia meets Final Fantasy VII’s Materia system but there’s a new overdrive system available. This lets you act for three turns in a row and all arts are cast instantly. This isn’t overpowered like it sounds but is still useful especially in some battles that otherwise take too long. It isn’t a brand new turn based combat system but there are some great improvements to the basic formula. You can even fight with your mech as seen in the latter areas of the previous entry and there are link bonuses to classmates. Airships are always welcome for quick movement but here you even have the ability to ride a motorcycle or horse to get to your destination quickly. My only complaint is not having access to these forms of fast travel early on in the game.

Visually there are still some inconsistencies in Cold Steel II. Even though this is the second game using the engine, animations are sometimes stiff and some character models could look a lot better. Dungeons improve later on but you aren’t playing Cold Steel for its visuals. I hope with the jump to PlayStation 4 in Cold Steel III, Falcom can manage to put some more effort in the visuals and performance. Performance also had problems here and with more people on screen, things seemed to run a little worse than they did in Cold Steel I in some areas on PlayStation Vita. Thankfully the music and voice acting make up for the visuals. XSEED’s Trails localisation is second to none and they always give it their 200%. Each and every character is written well and the voice acting is on point. I know many people are already raising pitchforks at the lack of Japanese voice overs in Cold Steel II, but the acting is really good. Falcom’s soundtrack is even better. I definitely think they had more budget for the new music this time even though a lot of tracks were reused from Cold Steel I.

With Cold Steel II, any fan of JRPGs or even immersive world RPGs needs to give the franchise a shot. Cold Steel I and II make for one amazing package that will give you over a hundred hours of quality gameplay.

Trails of Cold Steel II cements my personal belief that Falcom is leagues ahead of almost everyone when it comes to RPGs, although their games are still let down by some technical issues.