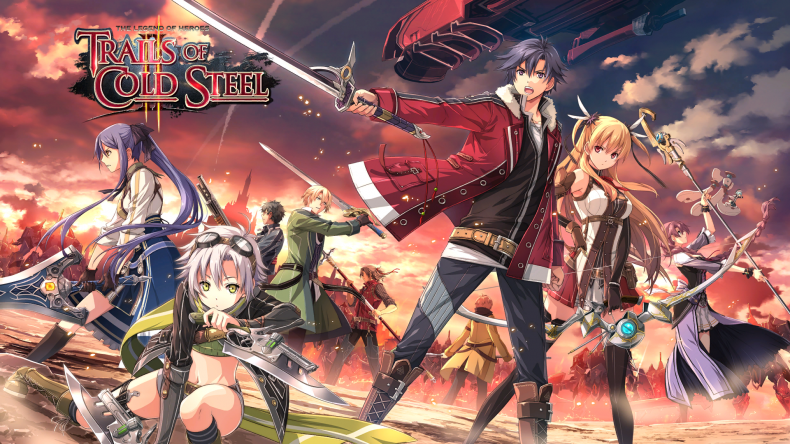 Without getting into spoilers, Trails of Cold Steel II picks up right after the events of The Legend of Heroes: Trails of Cold Steel. Unlike the original that focused more on the school aspect, everything is bigger and grander here with airships and more. Most of the characters you love are here and it is great to hear more voice acting. Pacing is still the same as the original release, but the addition of turbo mode helps a lot. At this point with both games released on multiple systems, it is best to count Trails of Cold Steel I and II as two parts of the same super long game. In terms of core story content, this is the same game available on PS3, PS Vita, and even PC. The PS4 version has a lot of the important features that were in the PC release like turbo mode that speeds things up (more so in battles) which is one of the best additions to a remaster ever. After using turbo outside battles for even a few minutes, it feels hard to go back. You can toggle this at anytime as well. In combat, it is a game changer. The whole experience just feels a lot better thanks to this. The combat system is still a great blend between the Materia system in Final Fantasy VII and Grandia’s nice aspects. It isn’t a Falcom review without heavy praise for the music. Trails of Cold Steel II has amazing music that you will never tire of listening to. In terms of audio, the big draw for a lot of fans with this PS4 release is the addition of not only dual audio (the PS3 and PS Vita releases only have English voice acting), but the addition to the massive extra voiced content that was added for the English voice track on PC. XSEED really went all out with this release and I’m glad to see Trails of Cold Steel II finally see a definitive release with all content for a low asking price.

While the visual issues with Trails of Cold Steel II are similar to those in the original with things still feeling designed for handhelds, this release has a performance issue. The frame rate on PS4 Pro tanks in some situations. It doesn’t look like this will be patched either which is disappointing. Unlike the first game, Trails of Cold Steel II has a mostly stable frame rate of 60fps but it isn’t perfect thanks to those drops. The Legend of Heroes: Trails of Cold Steel II on PS4 is the best value proposition for this game on any platform. It is a massive improvement over the PS3 and PS Vita version and it even includes some unexpected things like dual audio. XSEED Games definitely went the extra mile for this release not only in terms of game content, but also for the physical release. It is disappointing that the performance issues will not be fixed, but this is still the best way to play the game on console. With Trails of Cold Steel III out this September, now is the best time to jump into the series with both previous entries being available on PS4 at a low asking price. Trails of Cold Steel I and Trails of Cold Steel II are essentials for any JRPG fan.

Still looks dated in many areas
Some performance issues

Story of Seasons: A Wonderful Life coming in June