The Legend of Legacy Review 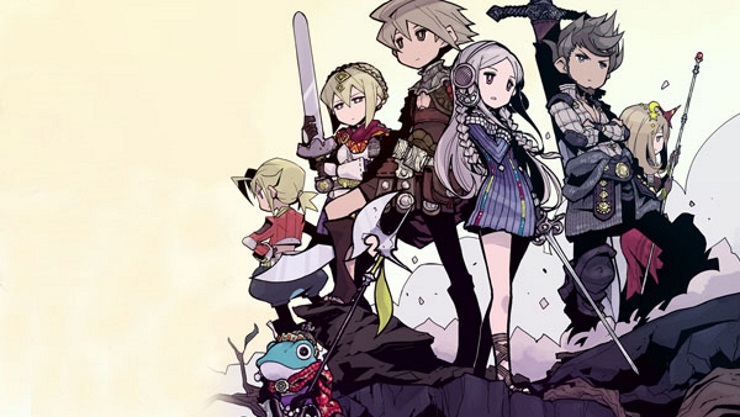 The 3DS has been getting a boat-load of quality JRPGs recently. When The Legend of Legacy by FurYu was announced for localisation by Atlus, I was ecstatic. I’ve been following the release ever since it was announced for Japan thanks to the pedigree of people involved. How could you not be excited when the script writer of Chrono Trigger and composer of Final Fantasy XIII are involved?

The Legend of Legacy may have the most generic name ever but the actual game is quite unique. Everything from how you escape battles to how you level up is done differently from most games in the genre. Battles revolve around your formation and skills. The more you use certain skills, the higher the chance of them levelling up. There is no direct grind to earn experience to level up your party here. It is quite disheartening to see no skill level up or money earned after a battle that almost wiped my party out. You have to select one of seven characters as your protagonist and this affects both the story and starting party of three. I chose Garnet and she can be used as both a tank and a frontline attacker. Garnet came paired with Owen (another tank) and Meurs (a support character). You do get to recruit more from the seven characters in the main town as you progress through new areas. The story is minimal barring the opening scene and the end game. Sadly, there’s no proper character development throughout the plot because, which is what often makes JRPGs enjoyable outside of battles.

There’s a set pattern of things you eventually begin to do: explore an area, fight monsters, retreat when you’ve had enough, sell everything you can and repeat. An interesting mechanic is sending out a trade ship that you hire for a fee. This ship travels in real time and you are rewarded with random items or equipment. It really helps early on in the game.

Battling with various monsters and exploring the beautiful areas is what you’ll spend most of your time doing in The Legend of Legacy. There are no random encounters here and you can even avoid enemies on the field by running away from them or just strategically walking past them. Areas are split up into various locations and you are rewarded for mapping each one to the fullest. Money is very hard to come by. Mapping areas allows you sell completed maps to the town hub shop for a lot more money.

There are a lot of locations you can travel to either by having purchased a map or by discovery. The nonlinear aspect encourages you to explore newer areas as well, but don’t forget to quick save whenever you can because you will get a Game Over screen fairly often traversing through new areas. Visuals in The Legend of Legacy are gorgeous. They’re reminiscent of pop-up books because trees and other objects in the environment appear as you move, giving you a very small field of view. This adds to the experience. Character designs are excellent as well. If you decide against playing this for whatever reason, you owe it to yourself to at least listen to Masahashi Hamauzu’s score. It puts most game soundtracks to shame and creates an incredible atmosphere when combined with the visuals. The little things like multiple transition animations leading into a battle, and sound cues for what to expect in the next area, make The Legend of Legacy a memorable experience.

The performance during some battles really left a bad taste in my mouth. I’m not even talking about boss fights, which consistently had the frame rate drop during area of effect attacks. Even normal battles performed poorly on my New 3DS XL when there were more than a few enemies on the screen. While Atlus USA claims the game has been rebalanced and tweaked, there are many moments that will make you want to hurl your 3DS through the window. When you run into an enemy on the field, the battle can have one or several enemies and running away to the start of the map gets annoying later on.

A gorgeous art style, accompanied by a magical soundtrack with Final Fantasy X vibes, and interesting battle mechanics make this a JRPG worth playing for fans of the genre. Had the story been more prevalent and the structure less repetitive, The Legend of Legacy might have been one of the better old school JRPGs in the last few years.

Minimal story.
Feels too repetitive.
Performance is bad during some battles.

The Legend of Legacy is a unique JRPG with one of the best soundtracks in gaming is let down by its minimal story, repetition and some major performance issues.