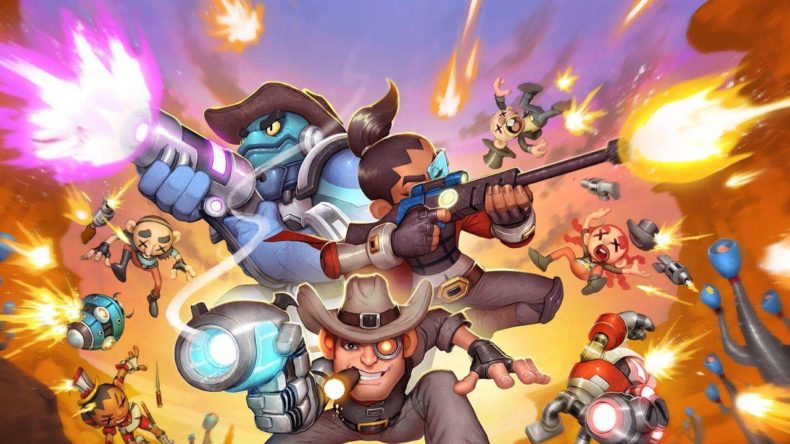 Tombstar is a pretty simple game. It’s almost old-school, in fact, delivering the kind of fast-paced, no-frills fun you probably don’t realise you’ve been missing. The title comes from the distant planet on which it’s set, which is essentially a Wild West planet. It’s almost as if someone took the concept of a spaghetti western and just blew it up into a sci-fi story.

The planet of Tombstar has been invaded by an intergalactic menace called the Grimheart Gang, who have strip-mined its natural resources, destroying most of the world in the process. With the planet in ruins and the population in tatters, three new heroes have arrived to face the Grimheart Gang – despite the fact that everyone who has tried before is dead. 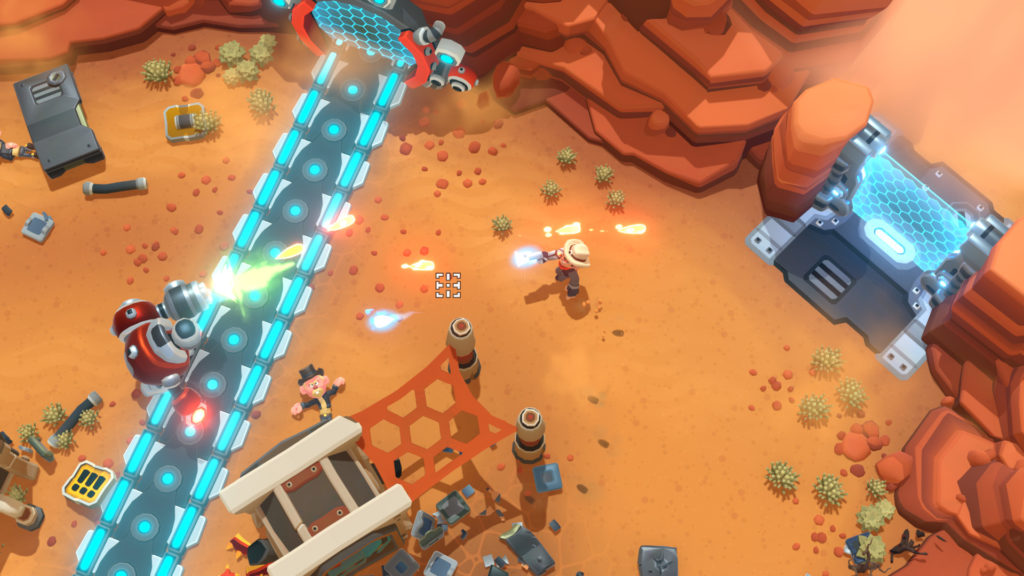 Initially, you’ll only play as space cowboy Jack Galloway, but you’ll unlock the other two characters by levelling up, Benson Gara and AJ Starchild. These are more than just a cowgirl and lizard-man skin, too. Each character feels and plays differently, with different abilities, strengths and weaknesses. While I soon circled back to Jack, I can at least see the appeal of multiple playable characters.

It also adds to the replayability, something Tombstar has plenty of thanks to the procedurally-generated levels. Each stage is a series of interlocked “rooms” that follow specific themes. Each subsequent room is hidden by the Fog of War until you step into it, and every time you load up the whole layout is different. Some rooms will contain power-ups, which unlock upgrades for the duration of the run. Others have new weapons and special items. The beauty is that you won’t know what you’re getting until you take that step.

Of course, even randomly generated levels can only contain so many surprises, and while Tombstar is replayable, eventually it will start to lose its sheen. This is partly because it’s ultimately asking you to do the same thing over and over. Sure you can earn emeralds to unlock more permanent upgrades, and you will level up and filter new weapons into the possible drop pool, but you’ll never not be traversing a bullet-hell shooter. There’s very little variety in the actual gameplay or mechanics. 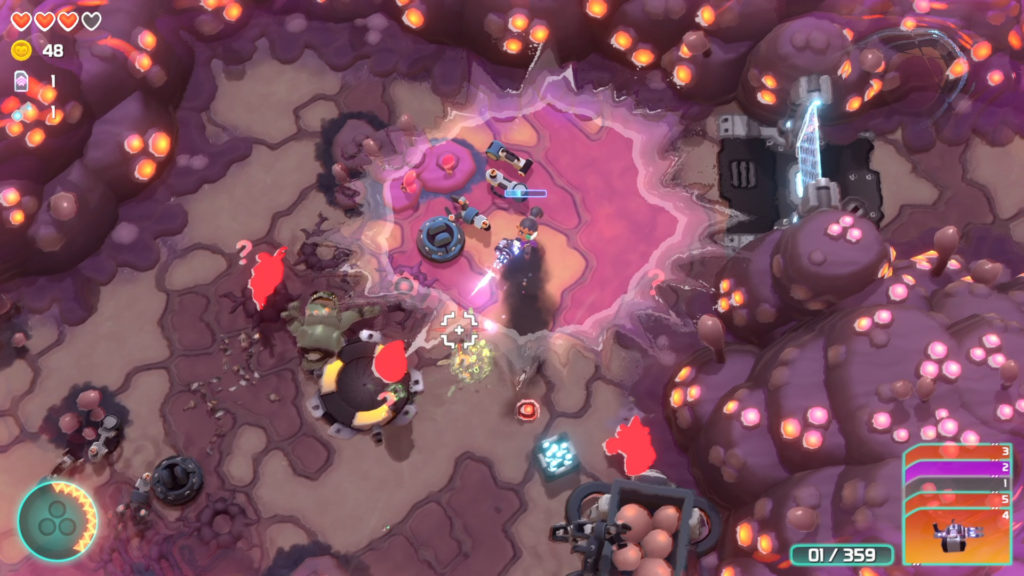 That said, part of Tombstar’s appeal comes from its aesthetic. Chunky, bright, colourful cartoon characters navigate detailed, vibrant environments at often breakneck speed. Gunplay and movement has a satisfying flow to it, too, which certainly helps. Beyond the context given in the opening cutscene, though, Tombstar lacks any kind of real story. You’re here to fight off the Grimheart Gang and their leader, sure, but the character backstories are all told in snippets of text rather than dialogue or events. As a result, you’ll spend most of your time blasting and strafing without much of a connection to the world or characters.

But maybe Tombstar doesn’t need anything else. There’s something appealing about a simple, straightforward run-and-gun action game and Tombstar provides that if nothing else. It’s incredibly challenging at times, and the roguelite mechanics lack the nuance of genre-leaders such as Hades or Dead Cells, but it’s undeniably fun nonetheless. Pick it up if you’re looking for a time-killer that will challenge you and offer a little catharsis, but don’t go in expecting big things in terms of story or variety.

Pick up Tombstar if you’re looking for a time-killer that will challenge you and offer a little catharsis, but don’t go in expecting big things.