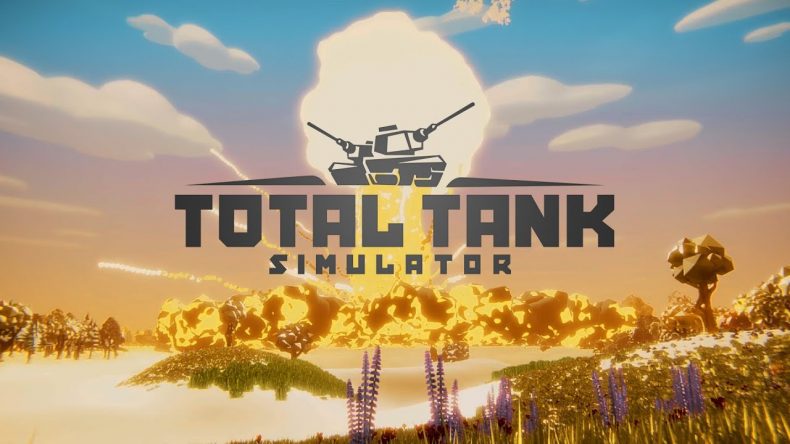 Despite a love of tactics games and brain teasers, I am no strategic genius. I tend to take a “hit and hope” approach to most things in life, advanced battle manouvers notwithstanding. Which is probably why I find Total Tank Simulator so much fun. A casual observer might mistake it for a highly tactical affair, when it’s really not all that intricate at all.

The most important decisions are which units to field and where to field them. Battles take place across large maps, with you on one side of a huge two-square grid and your enemy on the other. You’ll start each battle with a budget, which determines how many of each unit you can afford. An overview of the terrain beforehand reveals enemy positions and points of interest.

While there are indeed many tanks to totally simulate, you also have access to infantry, fighter planes and bombers, stationary guns, trucks and even minefields. Your staging area is enormous, so you can spread your forces thin to avoid enemy bombardment, or pack them in tight to speedily overwhelm your opponent. You’ll need to be mindful of what your enemy has fielded, as a high number of anti-air guns will render your fighter planes useless, for example, or anti-tank placements will give your heavy armour a really bad day. Thing is though, once you hit Start Battle, it becomes something of a free-for-all. Both sides plough into one another, and you’re free to zoom around the battlefield and watch it all unfold without a great deal of direct control of any one group. What you can do, though, is drop yourself into the hot seat, cockpit, or wet boots of any individual unit still fighting. Depending on your choice you can be instantly in the thick of it, taking position as a sniper, melting your opponent as a flamethrower trooper, dropping bombs or blowing holes in the enemy line from the belly of a tank. The switch is seamless, and if the unit is destroyed you’re simply spewed back out to observe once more. For whatever reason, I found greater success in battles where I took direct control, despite most units not lasting long in a fight.

There are 6 campaigns: UK, France, Germany, USSR, USA and Italy, each comprised of a mix of different battle types from skirmishes to VIP assassinations. None of them vary greatly from each other in anything but the environments, but the units and officers are differently named and authentic. You can recruit officers to bolster your units and deploy them in various vehicles, while you can use research points and cash to unlock newer and stronger units along specific trees. When you’re done with the campaign, there’s a sandbox mode to play alone or against others, and a Shadow mode that pits you against your previous army in each subsequent battle. There’s not a great deal of variety throughout each campaign, however, and it can feel repetitive during prolonged sessions. The colourful papercraft aesthetic does nothing to dull the chaotic violence of all-out war, and the desperation you feel as you watch your forces cut down around you is no less frantic for the cartoony appearance. If anything I found the difficulty to be pretty steep. At times I would lose a battle in minutes despite fielding more units than the enemy, and sometimes I’d find myself unable to turn the tide no matter what I tried. If you run out of money with which to purchase units, you may as well restart the campaign from the he beginning.

Total Tank Simulator can be a little fiddly, and it’s easy to forget the controls of an individual unit when you’re switching a lot. I never found the aiming to be particularly precise, especially when playing as an infantryman, and the physics-based destruction doesn’t always follow the rules. That said, it’s still a great example of a game not taking itself too seriously. Noobz From Poland have done a great job with a relatively simple toolset, and it’s never less than a total blast.

Total Tank Simulator is a great example of a game not taking itself too seriously, and it's never less than a total blast.