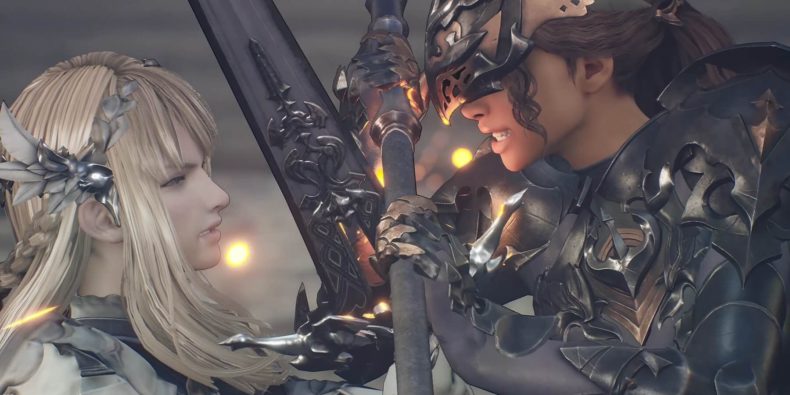 If you’d told me a year ago that I’d be playing a new game in the Valkyrie Profile series in 2022 I’d have thought you were a fool, but here we are. Debuting on the PS1, the series blended timing based combat and an epic narrative to make a truly special game. From start to finish the series innovated with completely fresh ideas every time a new instalment came out. The tactics game on the DS was particularly great, but that was 14 years ago so surely that was the end of the story of the Valkyries and their Einherjar. Square Enix had other ideas apparently, and decided to release a new action RPG in the form of Valkyrie Elysium.

With the world on the brink of destruction, the All-Father Odin is struggling to fight back against the monsters decimating the world and its people. To try and salvage the situation he creates you, a new Valkyrie with the power to help save the souls of the innocents and beat up some monsters. So it’s off to Midgard to fight some demons and hopefully find some powerful warriors to help you along the way. 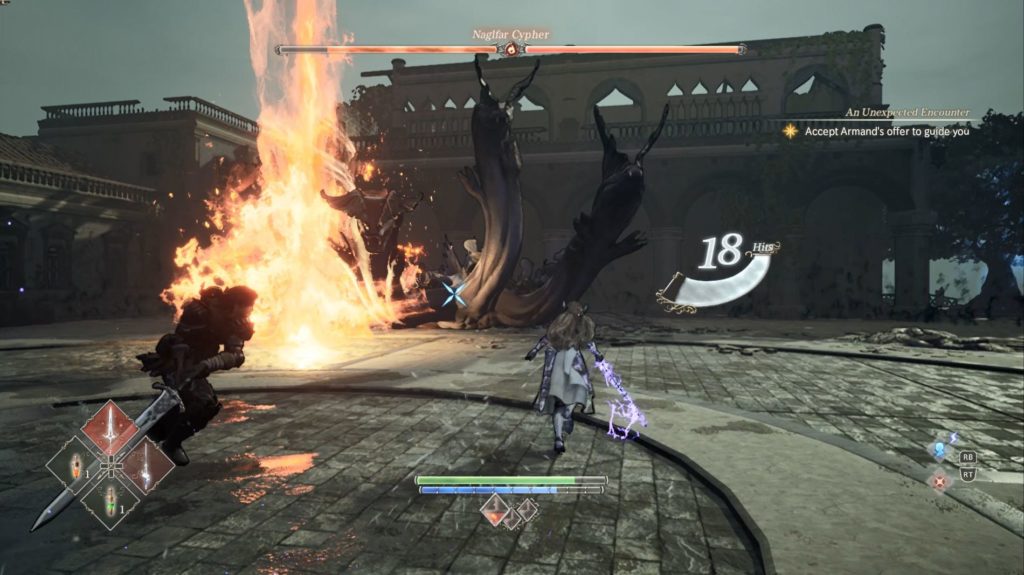 Unlike older games in the series, Valkyrie Elysium really puts the action in action RPG. The combat is essentially that of a character action game, with plenty of combos, light and heavy attacks and aerial manoeuvres to unleash on the evil knights and gargoyles of the world. Alongside all manner of offence, you also have the ability to dodge, guard and eventually counterattack when the baddies go on the offensive, so don’t go expecting a simple hack and slash affair from this game.

The combat only gets deeper from there too. Each enemy has a specific elemental weakness, and with a range of flashy spells equipped you can take advantage of this to “crush” them. Filling up the crush meter by hurling enough lightning bolts or fireballs at a foe will cause them to freeze up entirely and let you get some damage in without any repercussions.

It wouldn’t be a Valkyrie Profile game without Einherjars, and fortunately you start gathering them pretty quickly. For those who haven’t played the games before an Einherjar is a powerful warrior that is enlisted after dying to fight by a Valkyrie’s side, and in Valkyrie Elysium they essentially work as summons. At the cost of a little bit of your blue meter you can bring out an Einherjar to fight alongside you for up to sixty seconds, and while they’re teaming up with you they also give you an elemental buff to your attacks and spells. Once you have a few of these handy allies that you can unleash at once the game really comes into its own, and makes every fight feel significantly more epic. 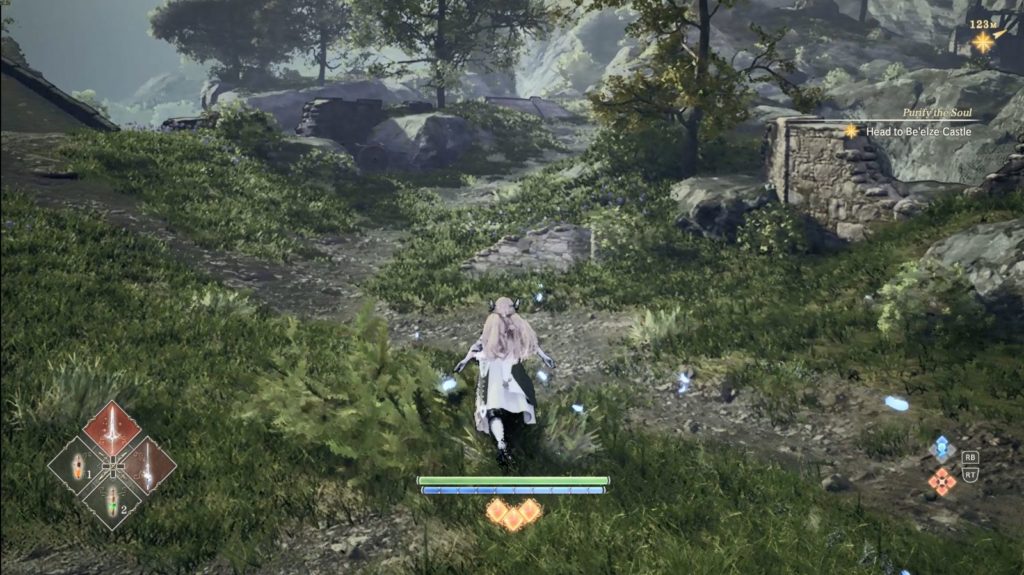 Out of everything that Valkyrie Elysium has to offer, I think that the upgrade system is the most impressive. By collecting enough gems you can unlock abilities in three different skill trees, and they are as interesting as they are useful. Almost immediately you’ll start unlocking new dash attacks and counterattacks, as well as stats boosts that you really feel the effect of. Each of your unique weapons can be upgraded with these gems too, giving them plenty of new combos to experiment with which really keeps the combat fresh as you progress through the chapters of the game.

Valkyrie Elysium is split into chapters, which are essentially stages you’ll need to make it to the end of while wailing on monsters. Each chapter is about an hour long, and usually involves walking around a ruined city of some sort finding collectables and key items until you reach a boss. It didn’t take too long for me to wish that the environments and what you do in them would start to vary, especially because you’ll end up having to visit each map twice for the campaign at least and even more if you’re interested in the side quests.

Exploring the environments is a bit of a let down too. At the start of the game you’re given a divine grappling hook, which I obviously assumed would mean I’d be getting up to all sorts of aerial adventures. In actuality you can only use it on very specific glowing anchor points a few times each level, and the rest of the time you’ll need to use your rubbish jumping abilities to try and navigate the world. 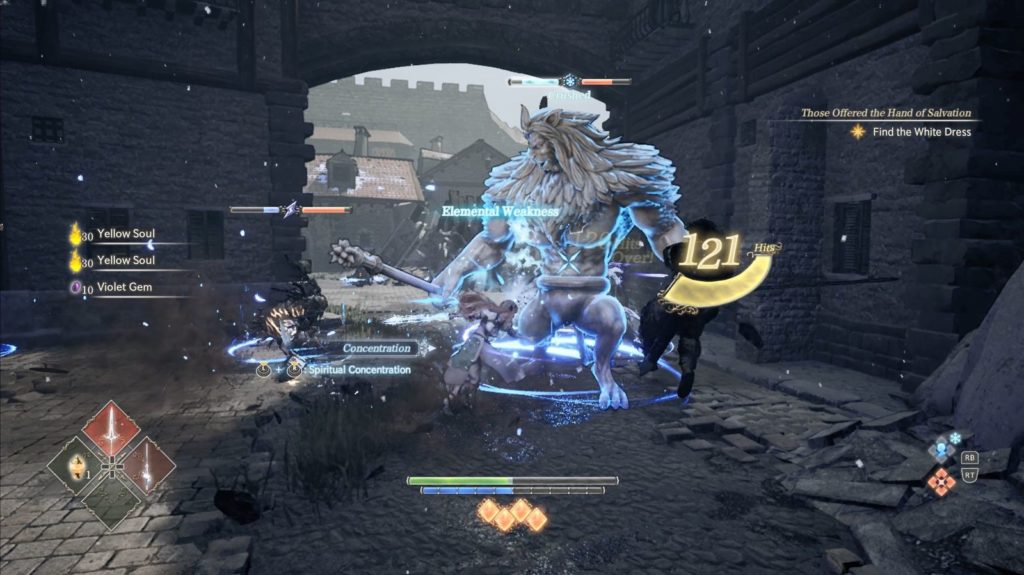 Even the collectibles are less exciting than I expected. Every collectible (from flowers that give you some lore to quest givers) is shown on the map from the very start of the level, so you never really need to worry about checking corridors and buildings carefully before moving on. I’ll admit I quite liked the fact I knew I wouldn’t miss anything initially, but the lack of meaningful exploration does make the game significantly less exciting.

I don’t want to keep bashing Valkyrie Elysium because it’s an enjoyable game, but the combat alone isn’t enough to make it a great one. The story unfortunately doesn’t help pick up the slack either, with an overly serious narrative that just feels a bit drab. There are some touching moments with the Einherjar dealing with their deaths and new roles in life, but they’re few and far between amongst the dull fantasy conversations about gods.

Valkyrie Elysium is an entertaining action RPG with great combat, but boring environments and an unimpressive narrative hold it back from being a series reboot the masses will talk about. Fighting with your allies and levelling up your abilities is always a pleasure though, and if you can overlook some repetitive levels and dodgy platforming you might still get a kick out of the return of this legendary series.

Valkyrie Elysium is an enjoyable action RPG packed full of combos and upgrades, but the boring levels and story detract from the fun.