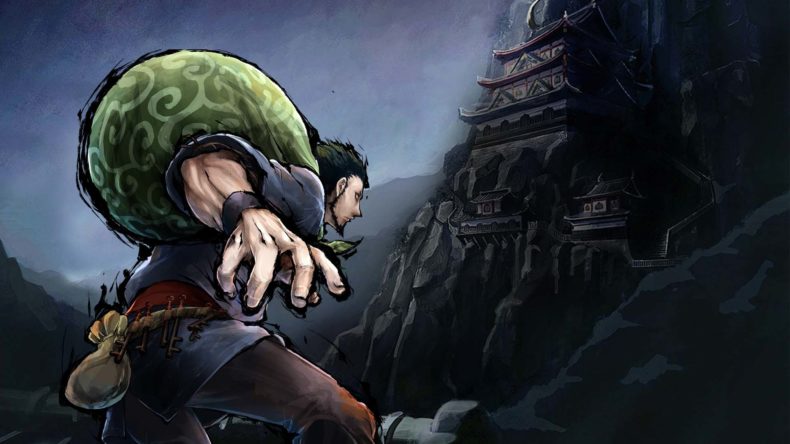 Nobody can be good at everything, and that carries across to video games too. Sure you might have a mate that gets the most incredible headshots in Call of Duty, but throw them into a Cuphead boss fight and there’s every chance they’ll go crying to their momma. I like to think my gaming abilities are fairly well rounded, but I definitely have my weaknesses. Chief among them are stealth games, so let’s see how well Kamiwaze: Way of the Thief goes for me shall we?

While out on his first job, our hero Ebizo has grand dreams of being a noble thief who takes from the rich and gives to the poor. It doesn’t take long for him to realise his peers have other plans though, and after witnessing them murder people instead of stealing valuables he sneaks away with a newly orphaned young girl and goes to live an honest life in the country.

This unfortunately doesn’t last though, as many years later his adopted daughter Suzana becomes seriously unwell. With no money to help her he has to turn back to a life of crime and join the thieves guild his brother is still working for, but he hasn’t forgotten his dream of helping the people with thievery either. 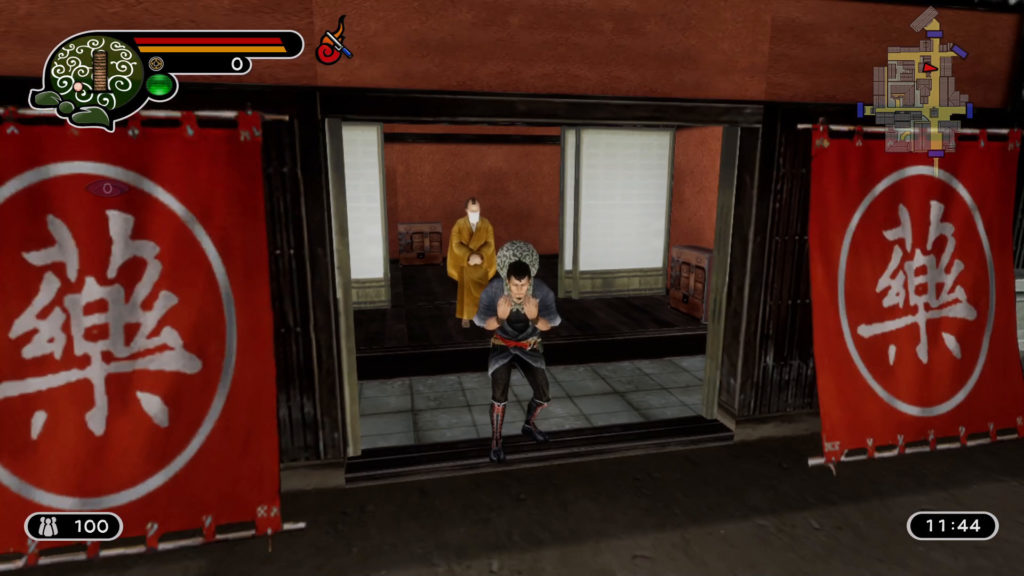 The loop of Kamiwaze: Way of the Thief is fairly straightforward. You get a mission to steal a valuable item from somewhere around the village and its surrounding area, then you either take your loot to sell at the bathhouse (which is a front for the guild) or put it in a box for the villagers to find and make use of. You’ll get gold from the guild so you can buy medicine and gear, but getting a good reputation around town has its own benefits.

Don’t think you should only steal that precious object that you’re guided towards, because in Kamiwaze you can loot everything. From pillows and lampshades to huge barrels and crates, everything you punch goes flying into your sack. Bigger items might require a few extra punches to steal, as well as taking up more room in your bag, but it’s worth it for the cold hard cash.

You’ve probably realised that Kamiwaze: Way of the Thief is a silly game by now, but you don’t know the half of it. There’s pickpocketing which is also done by punching people “stealthily”, as well as backflips that if you time correctly make you invisible, and the ability to hide on staircases by lying really flat on a step and getting stood on. It’s absolutely ridiculous and I love it. 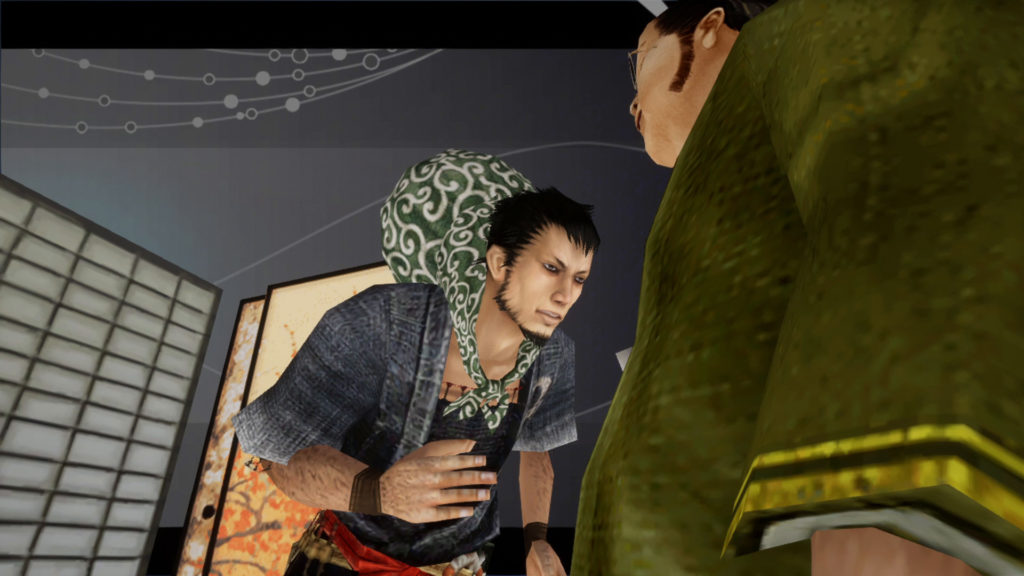 Sneaking around like you would in a traditional stealth game does work too, but you’ll probably spend most of your time doing those well timed flips past corridors full of guards to build up a combo and get extra style points while you steal plates and soft furnishings. It’s a hell of a lot of fun, and those points will serve you well in unlocking new abilities.

The bathhouse has a variety of different services you’ll want to use regularly. There’s the style point upgrades that range from cool stealth abilities that help you hide in specific situations, to new disguises that will make you harder to detect. There’s also a shop that sells gear and medicine for Suzana, and the boss who you can give tributes to so that new items and unlocks appear in the base.

You’ll probably want to invest some gold on a good disguise pretty quickly, because getting caught without one will increase your wanted level. As long as you’ve been careful you can walk around town without a care in the world, but once you’ve been caught a few times the guards start to create more accurate wanted posters. Eventually they’ll look so much like you that every single citizen will shout when they see you, and your missions become a nightmare to complete. 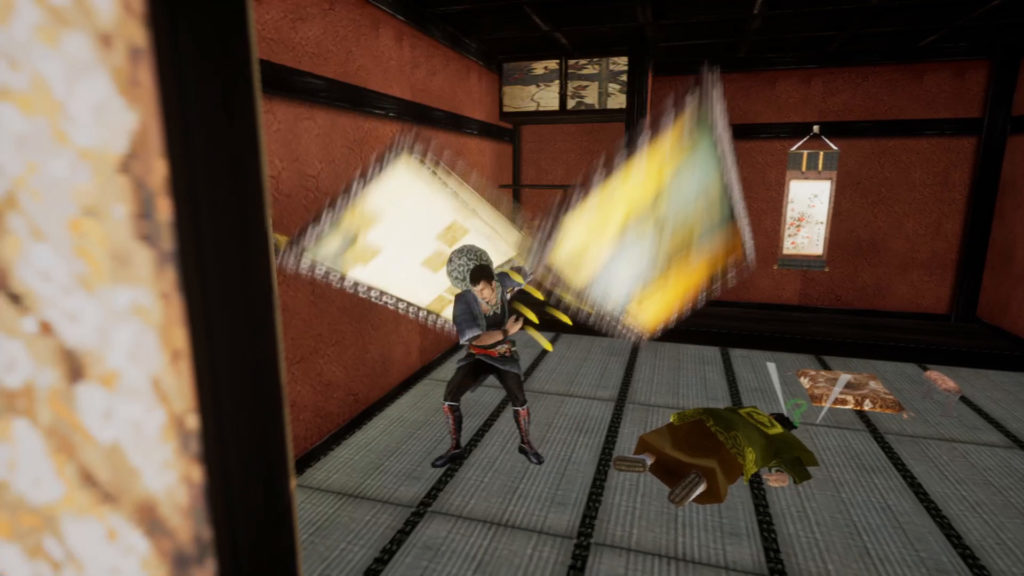 To counteract this you can steal the wanted posters (wooden sign included) and once you’ve grabbed enough of them they’ll start to draw an unrecognisable balding man instead. It’s a funny and thematic system, but one that is really easy to get stuck on the wrong side of. There were multiple times where I’d end up so well known as a thief that I had to spend a significant amount of time robbing signs, and kept getting spotted while doing it so had to steal even more. It’s hard to support a system that makes the game so much harder when you’re actively struggling with it.

My other big complaint with Kamiwaze: Way of the Thief is with the visuals. It’s a pet peeve of mine when reviewers say that a video game looks like it’s from the PS2 era when they’re slightly dated visually, but Kamiwaze actually looks like a PS2 game. You will notice immediately how low quality the character models and environments are visually, and some people with not be able to tolerate it in 2022.

Kamiwaze: Way of the Thief is the silliest stealth game I’ve ever played, with engaging sneaky gameplay and an interesting structure of robbery missions and medicine buying. Not everyone will be able to cope with the visuals, but if you’re looking for a sneaking simulator that’s the thematic opposite of Metal Gear Solid then look no further.

Kamiwaze: Way of the Thief is a very silly stealth game that makes sneaking fun as long as you can tolerate the graphics.