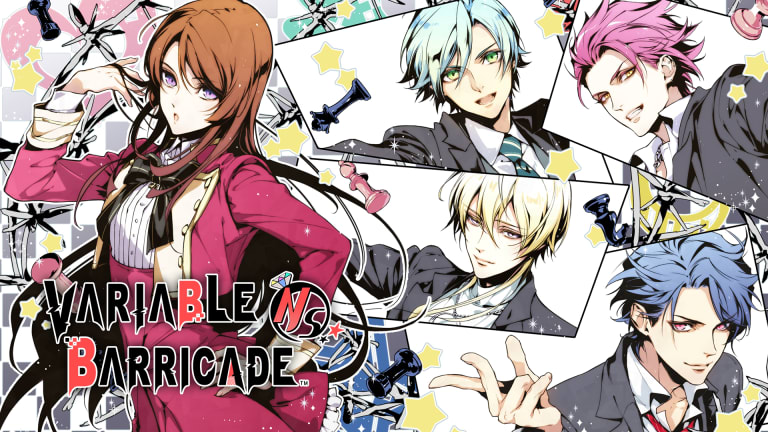 If there’s one genre of video games I wish I played more, it’s the humble Dating Sim. The idea of a game where the only goal is to find love and happiness is just delightful, and choosing between various wacky characters to find your knight in shining armour is way more interesting than deciding whether or not to be an evil bastard in a Bioware game. So take a break from killing zombies and blasting robots this February, and find true love in Variable Barricade.

As the heir and future head honcho of the prestigious Hojo family, Hibari always knew that choosing a partner was an important part of her role. She wasn’t prepared, however, to finish school one afternoon to find four dashing hunks proposing to her at the front gate. Her grandfather has grown impatient, and has arranged for Hibari to live in a snazzy city apartment with her four suitors until she decides which one to marry. Choosing between them won’t be easy though, as there is more to these men than meets the eye.

You’d assume that Gramps would choose the best of high society to marry his only granddaughter, but Hibari soon finds out that isn’t the case. In actuality all of the suitors are currently unemployed, and have a slightly shady past. There’s nothing Hibari can do to escape this situation though, and thus begins her quest to see if there is more to these potential partners than meets the eye. 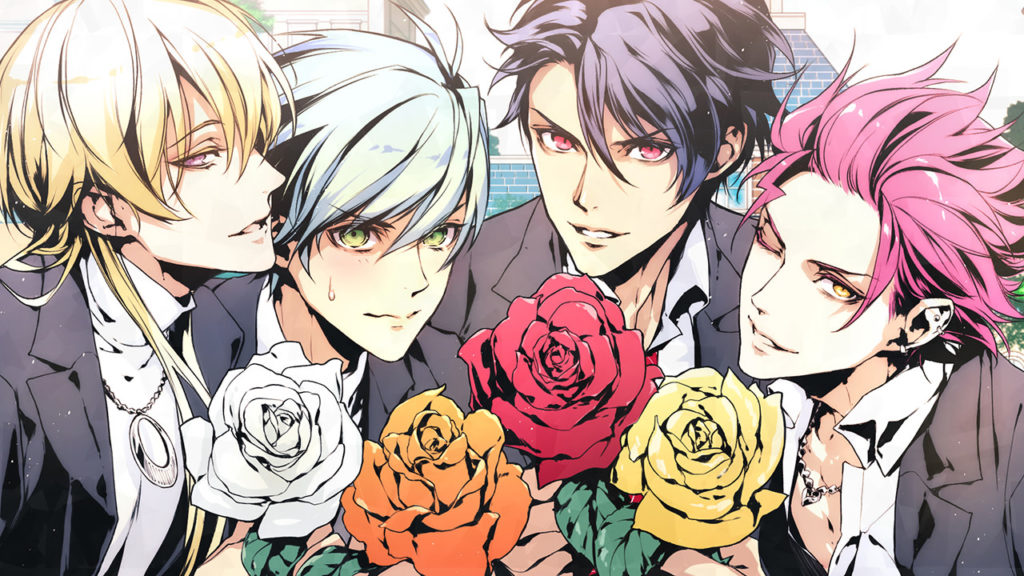 Each of the hunks has a unique backstory and personality, and it’s not easy to choose a fiance. Will you go for the overly flirtatious older man, the male model who’s never worked a day in his life, or the bad boy with a penchant for gambling? Fortunately you’ve got some time to get to know them first, with the first half of the game dedicated to spending time with each before you make your first big decision.

You aren’t alone in your quest to find the perfect man in Variable Barricade. Despite her sheltered life, Hibari has a few allies in her corner. There’s her loyal butler Kasuga, her best friend (and hardcore Otaku) Tsumugi, and a few new confidants you’ll meet along the way. The entire cast of characters is generally engaging and charming, and I was almost always happy to see them.

My favourite part of the Variable Barricade narrative are probably the relationships between the suitors. You’d think that competing for your affection would make for a real tense time back at the house, but the boys are so supportive of each other. Even once you choose your man, the others do everything in their power to ensure you have a happily ever after. It’s just so adorable. 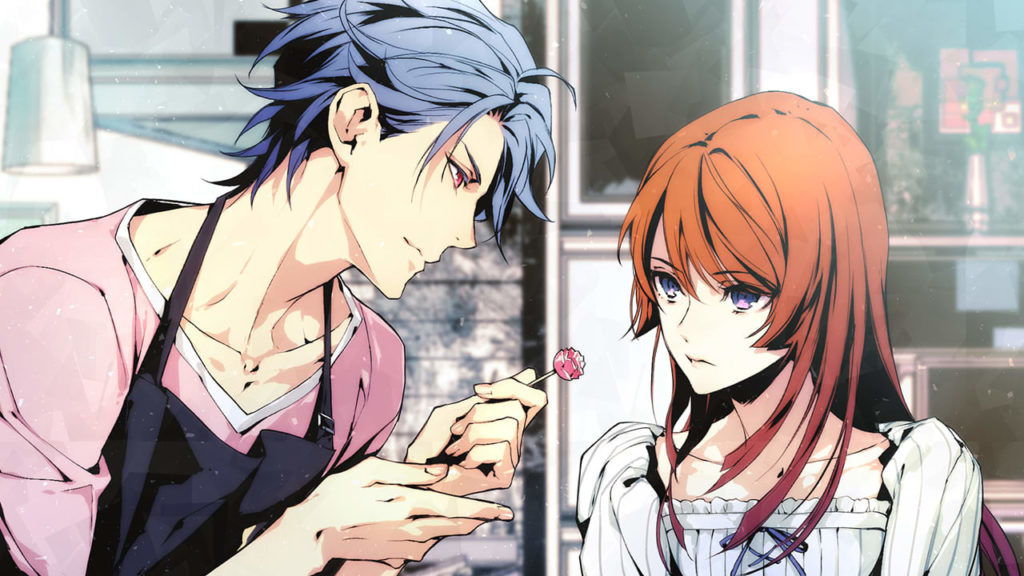 Variable Barricade is a traditional Visual Novel through and through. Don’t expect to investigate evidence or solve mysteries, you’re here to read a story and make some choices along the way. If this doesn’t appeal to you then this simply isn’t the game for you, just don’t expect any Ace Attorney or Danganronpa shenanigans going in.

The only real “game” elements outside of the choices you have to make are the barricade boards. These flow charts essentially allow you to choose what scene you view next. They’re set up so you obviously still see everything in an order that makes sense, but you at least get to pick what you see next.

Between scenes there are also a few other activities you can partake in. Reading and answering text based “WHIS” messages is one of them. Also fairly early into the game you are given a robot called Rabi, who you can leave in the house to record what the suitors are up to. Although probably slightly unethical, the footage you record is generally pretty hilarious. 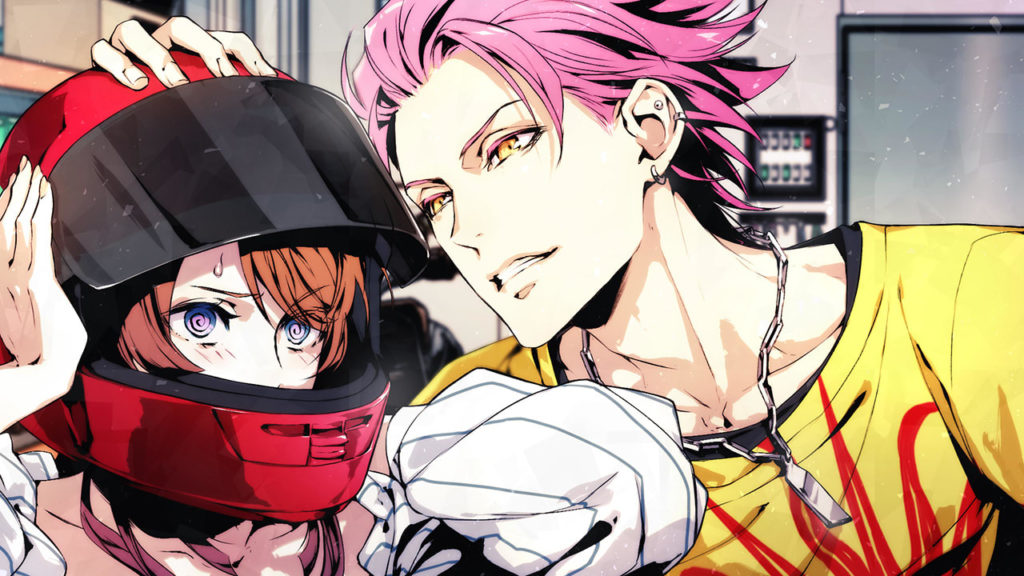 As you might expect from a game based around choosing a partner, there are a ton of endings to unlock here. Each of the nineteen endings will require you to play through the game multiple times and choose different options. Thankfully there are a bunch of options to skip dialogue and whole sections of the game, so replaying never feels like a slog. Although many of the endings are pretty self explanatory (pick and fall in love with each suitor) some are more hidden, and will require more than a little thought.

There isn’t much of Variable Barricade that I don’t love, but I’d say there are a few moments I experienced that were problematic. These generally involve the bad boy character, who especially in the early game drifts between aggressive and misogynistic pretty consistently. From forcing his helmet on my head so I’d “smell his musk” and refusing to tell me where he’d been because it was “man’s business, babe” I grew tired of him instantly. I understand that having varied suitors is important, but interacting with him was often disappointing.

Variable Barricade is a consistently compelling visual novel, with entertaining characters and a lighthearted narrative I absolutely devoured. I genuinely struggled to pick between the suitors, and was more than happy to replay and see all the endings it had to offer. If you’re into dating sims and can tolerate a handful of iffy comments from a certain jerk, then you’ll love the rom-com antics of Variable Barricade.

One suitor has some problematic moments
Only reading fans may apply

Variable Barricade is a delightful rom-com of a dating sim, with charming characters and a ton of endings to discover.