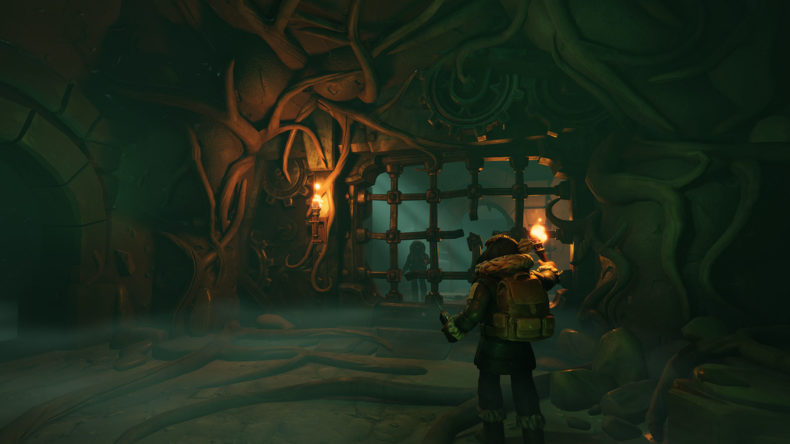 As a co-op only experience that turns the idea of escape rooms into a 10-12 hour game, the concept of We Were Here Forever had me salivating at the prospect. It’s not developer Total Mayhem’s first rodeo, either, and as the series slowly caught fire from the first game, getting bigger, bolder, and longer, Forever feels like it should be the culmination of everything learned to date. The answer to whether that’s true or not, however, is a shoulder-shrugging “kinda”.

For starters, whether it’s fair or not, an exclusively co-op adventure that’s over ten hours in run-time is asking a lot. Not that games like this should be relegated to single session one-and-done experiences, but getting a friend to find the time for a full-length endeavour such as this is a big ask. I’m not sure everyone else has a work friend like Chris Hyde to play it with, though the audience growth for the series does suggest people want more; I’m just not sure they want this much more. 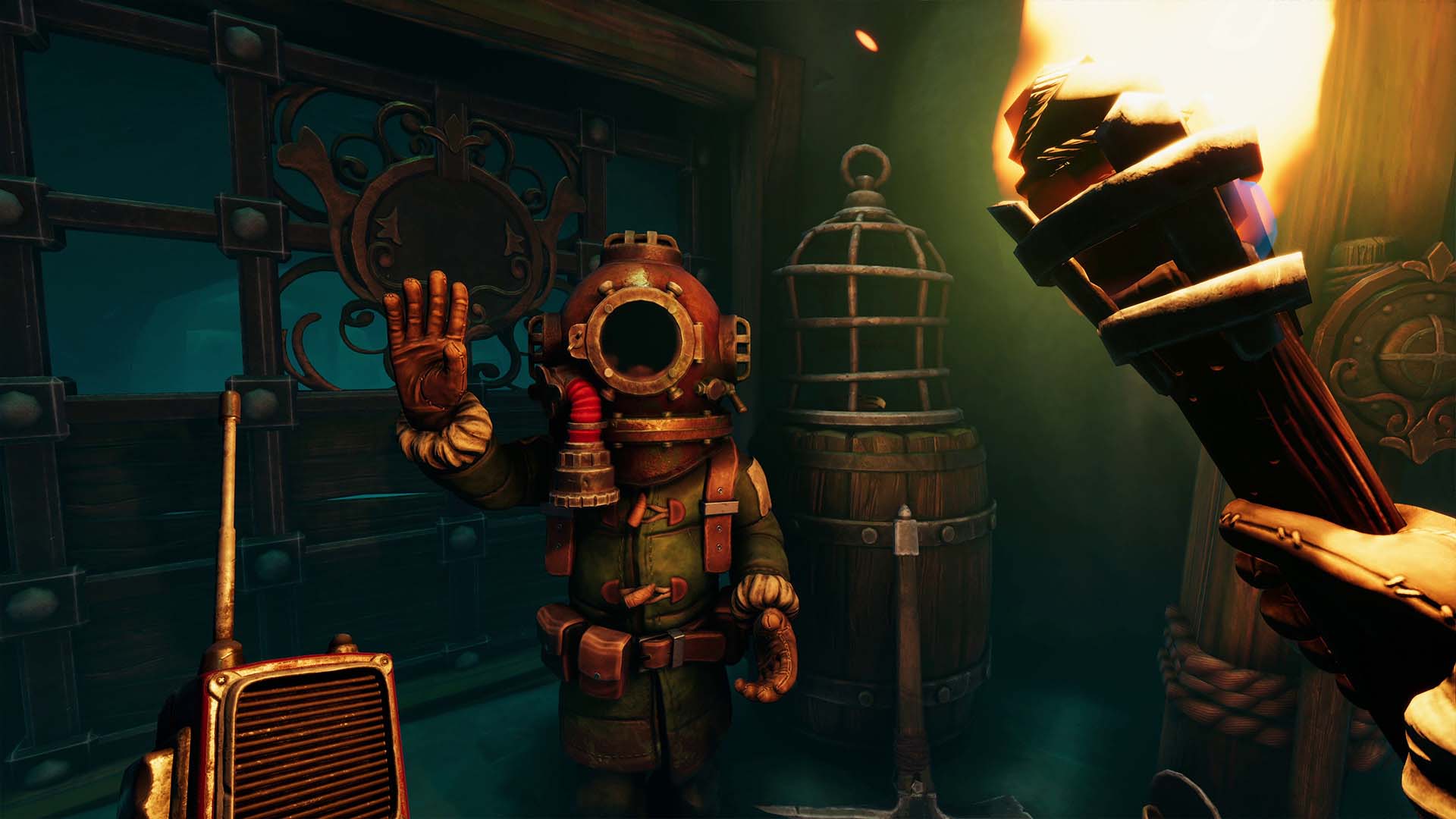 Every room in We Were Here Forever is (or contains) a puzzle. The conceit is you are two prisoners, often separated in completely different rooms, and you communicate via walkie-talkie. Early on, this is a fun, almost exciting experience as you are essentially playing a bizarro version of 80s kids TV show Knightmare. It becomes a linguistics test as you try to explain what you’re seeing, slowly understanding that while it’s not relevant to your situation, it’s definitely going to help out your partner.

“The sort of Y shape with a sperm coming out of it”, might be a comment you’d hear. Or then there was “the Alien that looks angry”. Because while it might start out simple enough with shapes you haven’t used since school, eventually the symbols and items you’re describing are not part of common parlance, and you’re trying to find ways to explain a weird squiggly line that is like nothing you’ve ever seen before.

And that’s fine, really. It’s a laugh trying to find comedic ways to describe the objects you see. But the puzzles range from easy to borderline obtuse, and the hint system is poor to say the least. When you’ve spent a good amount of time searching a room for clues, only to give up and hit the first hint which tells you “you’ll find clues hidden around the room”, well, you need more; much more. 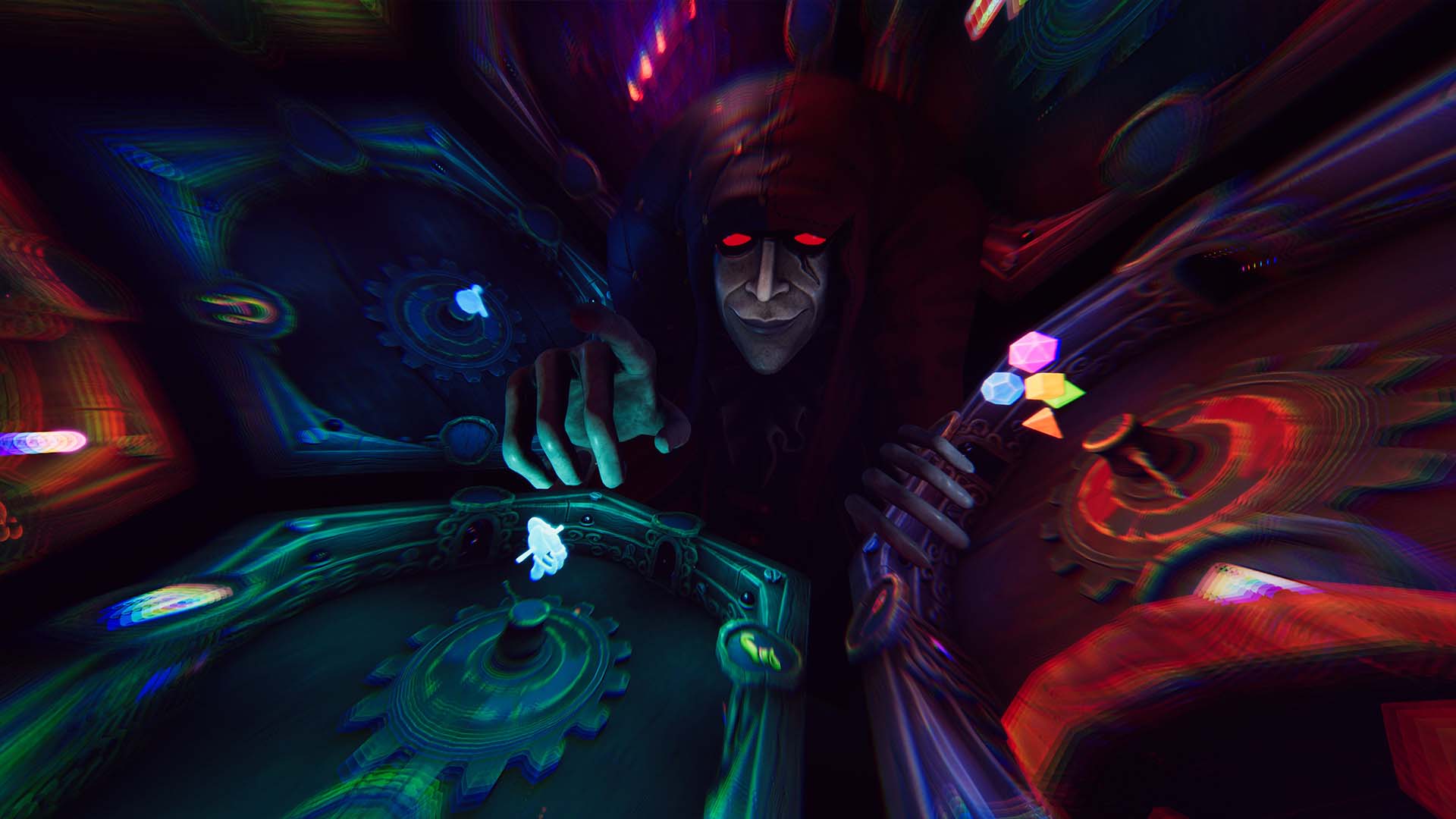 There are three hints per puzzle, unlocked after around thirty seconds pass between each. We resorted to them a few times, and they were always useless. By the time you’re needing a hint, you’re well past the stage that they’re of any use. Likewise, while the game looks nice enough, the environmental puzzle solutions can be confusing because some of the textures are muddy, and others clear. This ends in a situation where you’re desperate for a hint somewhere, but you’re wandering around muttering “it can’t be that” because, well, it looks blurry.

Make no mistake about it, there are a few puzzles here that if I was playing after release, I’d have googled the solution. I consider myself and Chris at least of average intelligence (him higher, frankly), but we were stumped for too long on too many occasions. I’d love to say the solution was often hidden in plain sight and we were overthinking it, but I just don’t think that’s true. When you’re so stuck you’re over-analysing a grammatical error in a game and wondering if it’s something lost in translation, there’s a problem with the puzzle and the solution.

That said, for every confusing moment, there are some cracking puzzles within We Were Here Forever. Early on, there’s a terrific puzzle involving lifts and magical doors, and in fact, when it leans into the strange and supernatural it’s both interesting and challenging in the right way. In these moments, the walkie-talkie communication, puzzles, and mysterious nature of the setting marry to make a truly compelling adventure. You want to succeed, and you won’t give up until you do. However, there are also a few too many moments where you’re stood around waiting for your partner to execute the solution to a puzzle. One room I recall had me just running around in circles waiting for the puzzle to finish. In the sections that have tricky solutions, this can become a bit dull. 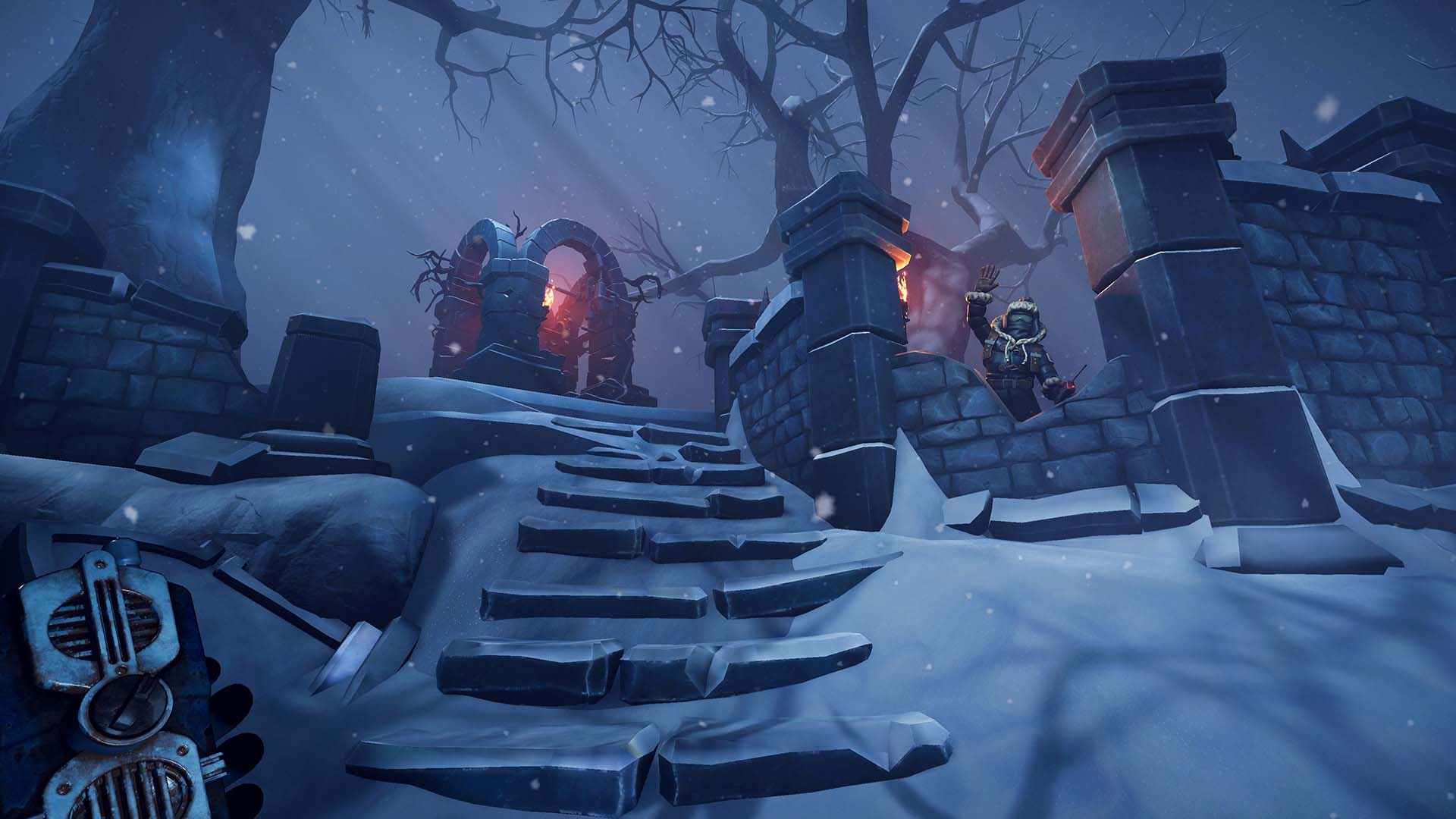 As the fourth game in the series, it’s possible that the developer has just tried to go too big here. There does feel like padding with some areas, and often when you think you’re about to see a conclusion, it’s going to spin out into another few hours. It’s worth noting that both Chris and I had issues with the game in terms of bugs, but we’ve been told these will be fixed for launch. There are also micro-loads, or possibly latency when loading into areas. It’s a clear stutter, and mixed with some slight clipping issues, it adds up to a feeling of a game that is absolutely playable and fun, but could have perhaps done with a little longer in the oven.

We Were Here Forever is a fun, challenging co-op puzzler. There’s enough intrigue in the story to keep you guessing (especially if this is your first foray into the series), but there’s also a huge variance in the puzzle variety and difficulty. A truly great puzzler should mix things up, stump you, but also eventually give you the tools to understand and solve its mysteries. In that respect, in an under-represented genre, We Were Here Forever is worth a look, but I’d also recommend making sure that someone has solved the puzzles online for you before you buy it, because you will get stuck, and this will cause frustration. One thing is for sure, there’s plenty of value for money here, with a lengthy campaign and the chance to play it from both sides of the story.

We Were Here Forever is a fun, challenging co-op puzzler, but it's too long and has too many obtuse puzzles to easily recommend to everyone.

You may also like
Total Mayhem GamesWe Were Here ForeverReviews