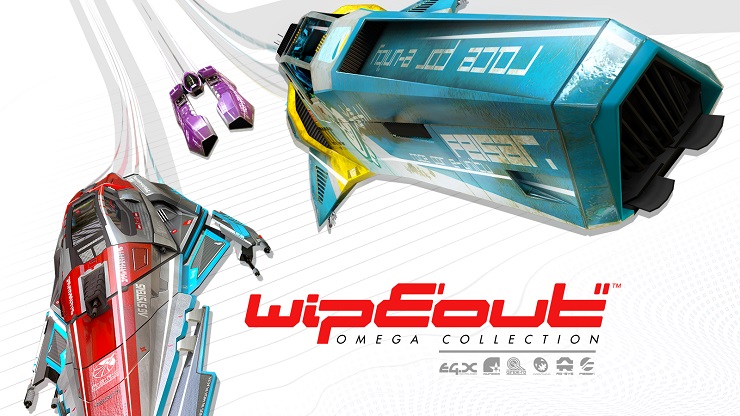 PlayStation classics have had a renaissance as of late, with the likes of LocoRoco Remastered and Parappa the Rapper seeing releases this year, and now its time to return to one of the finest arcade racers to ever exist. It’s hard to believe WipEout has been in our lives ever since 1995, and nine games later, the hopes for a brand new offering are still very much a pipe dream. Still, Sony has decided to give us WipEout Omega Collection, and boy is it a pleasure to see it on the PlayStation 4. This collection includes the last two games released in the series: WipEout HD and its expansion, WipEout HD Fury, and WipEout 2048. These two games featured some of the best courses the series has ever seen, and thanks to the wonders of current technology, both games have been remastered, featuring reworked textures on the ships, 1080p resolution and running at 60 frames per-second, and HDR support for the PS4 and PS4 Pro.

For those of you who may not be familiar with WipEout, you’re an anti-gravity ship racing through high-tech arenas filled with futuristic buildings and neon lights. Some tracks feature tight corners, loops, sweeping turns, and long jumps, all while some of the finest electronica, dubstep, and drum and bass plays through your speakers, and the energy flowing through WipEout Omega Collection is palpable. It’s a wake-up call, though. Opponents are skilled regardless of what difficulty you’re on, and if you don’t endeavour to learn the tracks your likely to suffer frustration after frustration. When you do begin to remember those tight bends, and knowing when to brake as you fly around them, it feels like painting a picture; each turn and speed boost you hit correctly will give you an advantage over your fellow racers, and making it to first place is very rewarding. Speeding across the tracks does take a lot of practice, and there’re various factors you’ll need to take into account to get the best out of each course. Knowing which ship to take out there is key, and thankfully there are tons to choose from. They all vary in stats, such as Handling, Maximum Speed, Thrust, and Ship Strength. It’s likely you’ll find your team of choice, and for me it’s Tigron all the way. The Tigron K-VSR is very fast, but its balance of the remaining stats makes it a beast when flying around the various circuits. You’re also likely to find your favourite tracks to race on; whilst WipEout 2048 does have some decent circuits, you cannot beat the flow of Moa Therma or the vibrancy and excitement of Anulpha Pass.

There are lots of different race types in the collection, and you can try them all out in Racebox, which is kind of your exhibition mode. You can change the tracks you want to race by selecting either HD or 2048, the skill of your opponents, which type of race, and whether you want to go alone or race with a friend in split-screen multiplayer. Elsewhere, each game offers a campaign, and these are where you get tested the more you go on. It’s pretty damn hard from the off, and if you don’t meet certain conditions (finishing top 5, beating an allocated time), you’re forced to replay until you do. Some of the game modes are standard, such as the Time Trial, Single Race, and Speed Lap, but the real challenges come in the form of the more diverse modes. Zone sees you racing around a map at blistering speeds, gradually increasing the speed with no way of slowing down, only stopping once your special Zone Ship has exploded through the amount of damage taken. Zone Battle is also a joy; whilst similar to Zone, you compete against seven other racers to reach certain zones before others, facing the same ridiculous speeds and being exposed to the same amounts of vulnerability. My favourite game mode, however, is Eliminator. You get to use the many different weapons featured in the collection to blow several barrels of shit out of your opponents, whether that’s with rockets, mines, canons or grenades.

As a remaster, WipEout Omega Collection looks so much better. Of course, the tracks looks stunning, even if you can only really appreciate them in Photo Mode (which is back by the way) due to the speed and concentration you need to put in. The ships are also much more detailed, with each one looking crisp, reflecting the lights of the arenas beautifully. Pair that with an awesome soundtrack and this collection is up there as one of the best racers on the market today.

The WipEout series sits firmly behind the Mario Kart games for me. I’m no good at simulation racers, but put me behind the wheel of an anti-gravity ship and I will make those courses my own. I adore the thrill of the race, the satisfaction of getting a perfect lap, and firing off a trio of rockets into other ships. There’s an online mode where you can play against other racers around the world, however, this wasn’t really available to me due to playing pre-release. You can check in on your statistics in the options as well, which is good for those that give a monkeys about that kind of thing. If you’ve never had the pleasure of playing WipEout before, this is the perfect opportunity to do so. Strap yourselves in, turn the music up, and hold on for dear life.

It's great to see this series on the PlayStation 4, and you'd be daft not to give it a go. Fantastic track design, a stunning soundtrack, and plenty of game modes makes this one of the best racers out there.