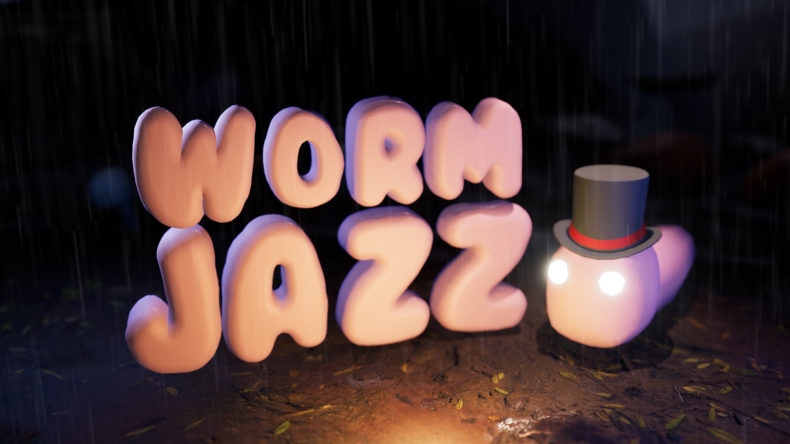 There’s a surprising amount of worms in gaming. Most people will immediately think of Holy Hand Grenade wielding warriors when they think about the greatest wriggling invertebrates in video games, but there’s also Earthworm Jim, the Bug-type Pokemon Wurmple, and countless enemy worms throughout the history of this great industry. Not all worms are looking for conflict though, some just want to eat pellets and solve puzzles, like our protagonist in Worm Jazz.

Your objective in Worm Jazz is simple, reach the golden apple at the end of the stage while eating as many white pellets as possible along the way. Each white pellet you eat makes your body longer, which means you’re essentially playing a puzzle version of the Nokia classic Snake. It’s important to choose which pellets you chow down on first, as certain tight areas of the grid-like stages will end up trapping you if you’re too long. 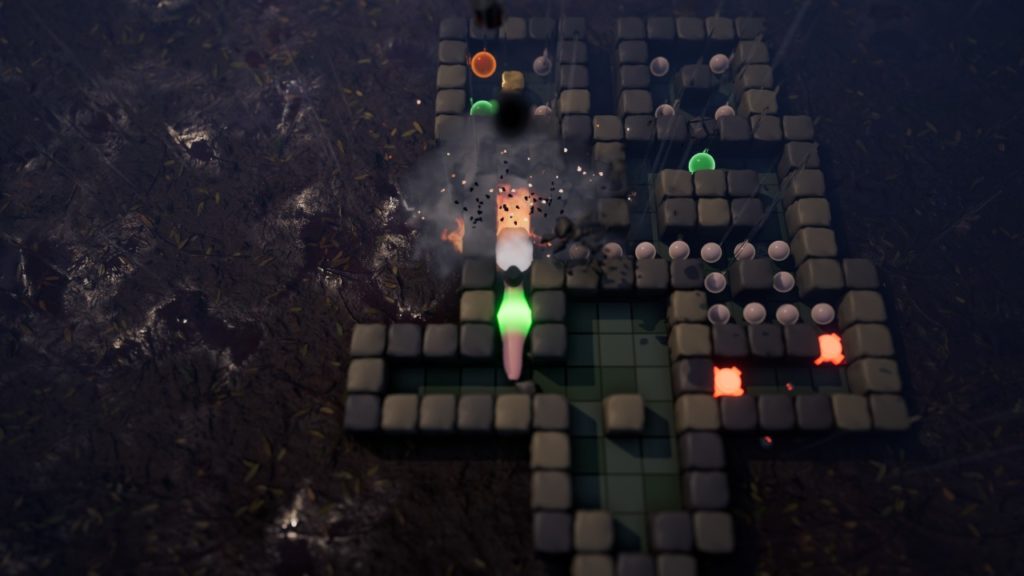 You move one square at a time as you traverse the soil-laden environments, so no twitchy skills are needed to navigate, only thoughtful consideration. When you make a blunder though it’s no big deal, as the undo feature allows you to essentially rewind any level to whatever point you think you goofed. It’s a really helpful way to ensure you are able to learn the mechanics of pellet swallowing without the frustration of constant restarts.

After a set number of tasty white circles are consumed, the golden apple activates and you can complete the stage. Finishing with a one or two-star rating is often easy, but to get three stars you’ll have to collect every pellet. This will likely require you to follow one exact solution, and for you to plan every step (or wiggle) that you take. I was able to manage this without too much hassle on earlier stages, but once different puzzle elements and hazards get added the difficulty seriously amps up. 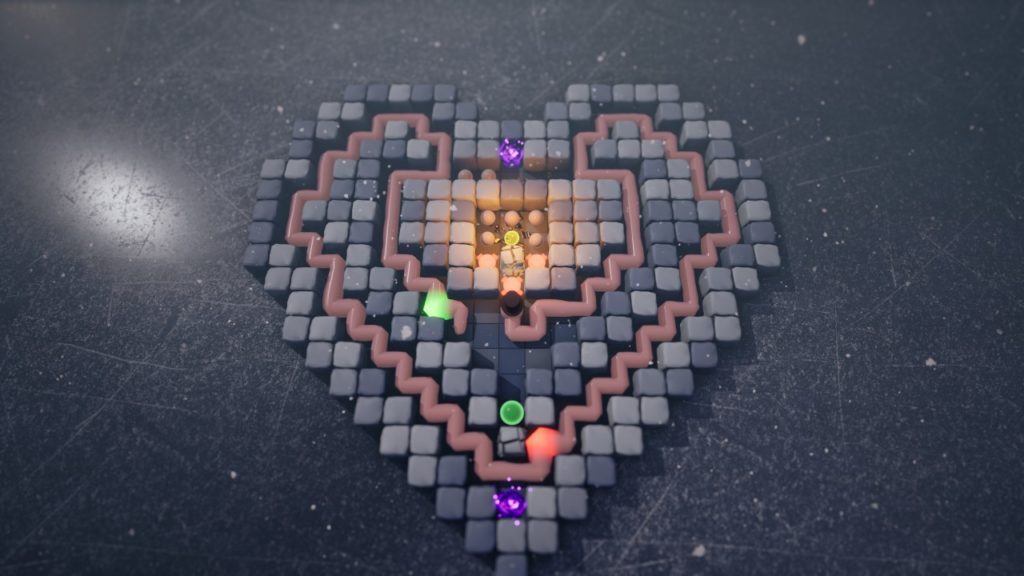 Landmines are the first obstacle to join the passages of Worm Jazz, alongside life-saving green pellets. Touching a mine will predictably blow our soil-dwelling friend up, but if you’ve eaten a green pellet then only the part of your body created by pellets eaten after the green will be destroyed. There’s no benefit to keeping your body long (as you are rewarded for pellets eaten rather than worm length) so it’s usually best to eat one of the handy shields early and use the mines to reduce your size as much as possible.

The complexity only escalates from there, with red pellets that can blow up walls when you collide with a mine, and even portals you can teleport through. These elements are introduced at a gentle enough pace that I never felt overwhelmed by the more advanced stages. Figuring out the exact order to consume pellets to set off the perfect chain reaction for a 3-star solution can take some time, but when it works you feel like a genius. 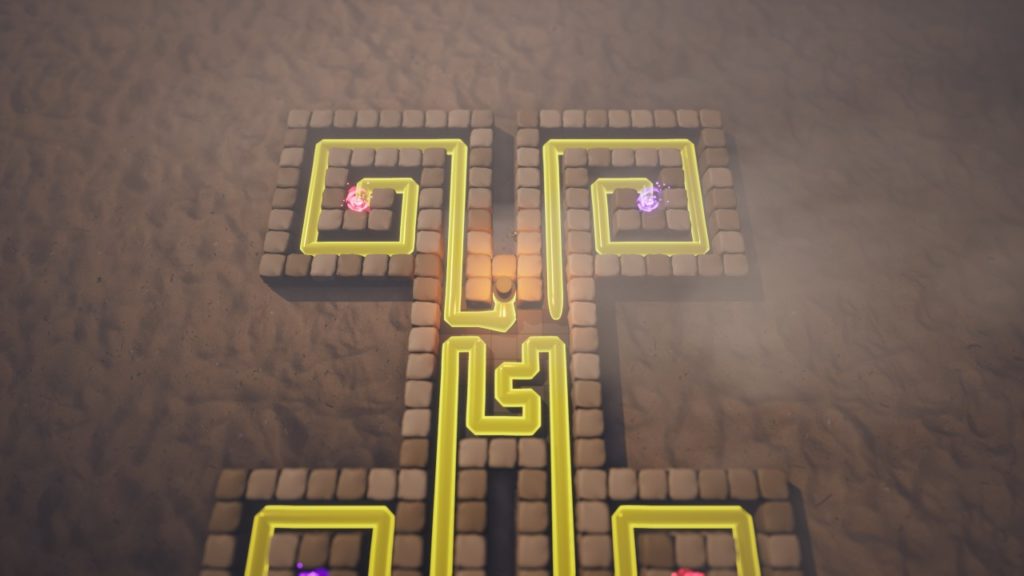 The complex puzzle gameplay would potentially be much more frustrating, if not for the delightful smooth jazz soundtrack. Jazz as a musical genre is criminally underused in video games, and in Worm Jazz it immediately makes the game feel incredibly chilled out and slightly more upmarket.

If you want to feel even classier while playing with worms, you can customise your pink playable pal with a number of hats you unlock throughout the game. The Top Hat is an obvious choice for maximum snobbery, but there are plenty of other options like a Santa hat for those already feeling festive in October.

Worm Jazz might not be the flashiest puzzle game on the market, but it’s easy to learn and hard to master gameplay is satisfying from start to finish. If kicking back with the smoothest of Jazz and solving a puzzle or two sounds like your idea of fun, then this combination of Snake and planning is well worth relaxing to.

Worm Jazz is a simple puzzle game with a laid back Jazz attitude, perfect for engaging your brain with as little added stress as possible

A new Earthworm Jim game is about to start development

The Earthworm Jim soundtracks are getting a deluxe vinyl release