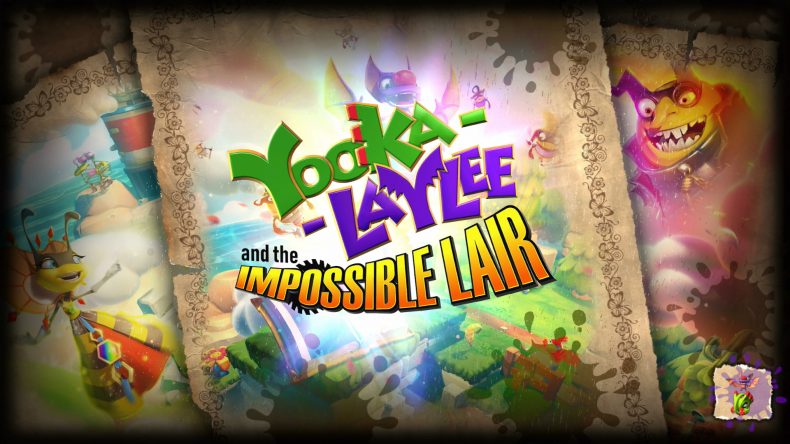 Switch Re:port covers the Nintendo Switch port/version of a game newly released on the platform. Yooka-Laylee and the Impossible Lair is a simultaneous all-console release, and was awarded a score of 9.5/10 on PlayStation 4 by Chris White.

Well, well, well. What a privilege it is to write a Switch Report and say that there has been no concessions made to make a game run as well as it does on other platforms. Yooka-Layee’s first adventure may not have been my cup of tea, but Impossible Lair switches things up and instead of the 3D action, this new game is 2D, and more akin to a Donkey Kong experience.

Actually there are more than a few similarities to the DK series, especially Tropical Freeze. You have a buddy you can lose if you take damage. But there are also lots of little tonics you can find and unlock that change the game up. Some are novelties (Game Boy visual effects, etc – which I’d assume are because it’s on a Nintendo system) and others change the mechanics, such as allowing you to float longer when coming out of a jump. That said, I’ll let you read our full review (or watch the video) to find out more about that.

Switch wise, the game runs at 60fps docked and handheld and, sure, it has the aliasing issues many games have that make it look slightly less sharp. The game isn’t quite as fast moving as other 2D platformers, but it looks and feels great on Switch, even on a 55inch 4K OLED. I kept thinking I’d end up going back to the PS4 version, but with the Cloud Saves on Switch I could even jump between original hardware and the recently released Lite. There’s some nice touches like with the vibrations matching the music when you die, but otherwise this is, dare I say it, the best way to play a game that is pretty damn good, actually.

Dare I say it, the Switch version is the best way to play a game that is well worth your time - even in the currently crowded market.