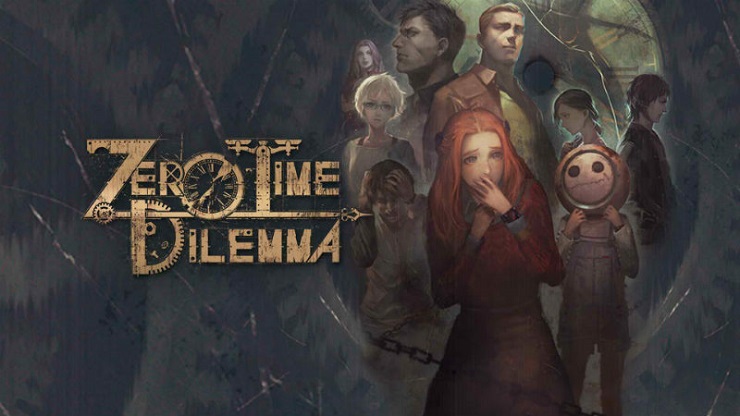 Zero Time Dilemma from Spike Chunsoft and Aksys Games is the final game in the Zero Escape trilogy. If you aren’t familiar with the trilogy, Zero Escape: The Nonary Games is a must play collection for any fan of adventure games and interesting narratives. The third entry in the franchise has had quite the history. Fans like myself were left in the cold months after Virtue’s Last Reward (The second entry) with no sign of the conclusion releasing from Kotaro Uchikoshi. Thankfully Aksys surprised everyone by announcing and confirming a localisation at the same time for it. Zero Time Dilemma finally released on Nintendo 3DS, PlayStation Vita, and PC. I already played and completed both versions with all endings around the launch and the Vita version was the best compromise with all things considered at the time.

Now, Aksys and Spike have released it on PlayStation 4 and while I didn’t really need an excuse to play it for the third time, this version is quite possibly the definitive version of Zero Time Dilemma. More on that in a bit. Also if you haven’t finished the previous two games, I strongly recommend not getting this because while approachable for newcomers, loads of references and nuance will be lost. I’m going to avoid going into any major spoilers for Zero Time Dilemma for this review. This takes place between 999 and Virtue’s Last Reward that both make up The Nonary Games. Uchikoshi’s games use a variety of game theory elements in them for both narrative and some of the puzzles. The monty hall problem and prisoner’s dilemma play quite the roles. There are situations where you decide to do something assuming the others will cooperate. This can go either way. The monty hall problem is seen in some of the puzzles where there could be an item you need for survival in one of ten lockers, but probability plays a big part of you getting the correct one even after opening a single locker. Unlike The Nonary Games, Zero Time Dilemma utilises the Decision Game. The masked character Zero is going to play a game that includes all 9 characters here who are locked up in a bomb shelter in the desert. The people are split up into 3 teams and you go through their stories as fragments and flowcharts. If you’re only used to games like Danganronpa or Ace Attorney, Zero Escape plays very differently and Zero Time Dilemma more so.

It is almost impossible to mention anything about the story or characters here without spoiling something or the other so I’ll continue to be vague. Things get dark multiple times and also feel clichéd at some points. There are a lot of “mind=blown” moments with some revelations.  I feel like this game isn’t as good as the first two, but it still is a fitting end to the trilogy. There are some situations where previous plot points have been retconned and others where characters have changed a bit too much. Having played this now for the third time with almost every ending done once again, Aksys’ localisation and the story really shine. I just absolutely hate the RNG aspect of the Decision Game here. There’s an actual RNG mechanic where you need to have certain situations play out in a certain way to progress and this leads to you replaying or retrying some things a few times. In a game with a flowchart system showing you how many possibilities exist, there’s no need to have RNG play such a big role. Say you have a Russian roulette situation and your first attempt results in a bullet shot, when the flow chart indicates only two possibilities, there is no need to have probability play a role again. The second time you attempt said situation, you should by default get the other outcome.  Outside of that annoying mechanic, the puzzles here and puzzle rooms are very well designed. I only had trouble with a single puzzle acting up where the controls felt off but things work surprisingly well on a controller without any touch screen support.

When this port was announced, I just assumed it would be the PC version with maybe some changes. Danganronpa 1-2 Reload was like the PC version but with some font improvements and text fixes. Zero Time Dilemma improves upon almost every visual aspect from the PC version with one change. For one, there are now proper shadows across the board. This makes everyone look better and scenes actually feel a tad more realistic. The PC version was basically shadowless and everyone looked like they have a flashlight on their face at all times. Various textures on clothing for characters looked off and blurry there. These are all much better or fixed on the PS4 version. The PC version has some objects in the environment looking better than the base PS4 version though. Other than this, the PS4 version is the best visual version of Zero Time Dilemma all things considered. If you value portability, get the Vita version because it has the addition of a touchscreen for movement and interaction with compromised visuals compared to the PC and PS4 versions. If you want a big screen version, the PS4 version with its low price and improvements is an easy recommendation. Voice acting here is available in both English and Japanese and I like both of them. There are some cases where I felt the voice actors in both languages didn’t fit the role, but overall you can’t go wrong with either option. Music is amazing. The only real complaint I have in the visual and audio side of things is how the visual direction still doesn’t feel right. Instead of going for a 2D visual novel style or 3D characters in a visual novel, we have the team going for a more cinematic look with 3D movement, 3D models, 3D environments and no text boxes. The team bit off more than they could chew in the budget side for the visuals for sure. The PS4 shadows help this cause a lot though. Camera movement could be better with analog sticks though.

Zero Escape is a very important series in gaming if you are even remotely interested in storytelling and well designed puzzles and narratives. The trilogy is now complete and available on PS4, PS Vita, Nintendo 3DS (with 999 being on DS), and PC. The PS4 port of Zero Time Dilemma is great, but you absolutely owe it to yourself to play these games in some form on any platform. I’m really happy Aksys pushed for this right and has done top notch localisations for the series. Virtue’s Last Reward even has a Tenacious D reference thrown in.

Great puzzles
Lots of twists
Multiple endings, most of which are great
Very good port

Visuals could be better
RNG element is annoying

Zero Time Dilemma is a great but flawed end to the Zero Escape trilogy with a very good PS4 port.

999 and Virtue’s Last Reward head to PlayStation 4 and Vita as Zero Escape: The Nonary Games