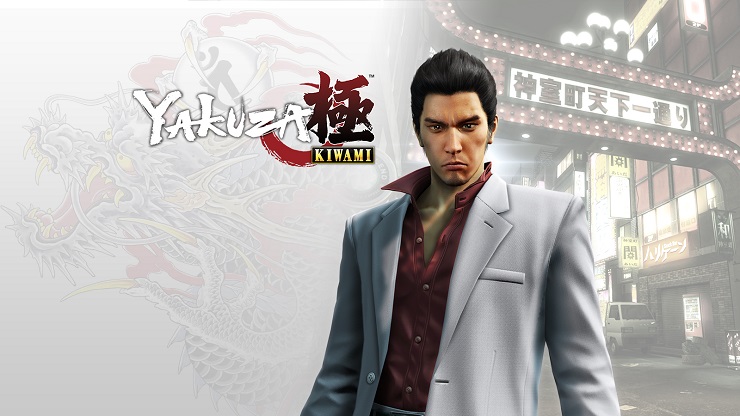 It’s crazy to think the Yakuza series is over ten years old. Up until Yakuza 0, it was often underappreciated, and seldom mentioned in the same breath as GTA, but thanks to the resurgence of Kazuma Kiryu on the PlayStation 4, the world was reminded just how vast and intricate its systems are, and how beautiful its design is regarding the city of Kamurocho and its various missions. Thanks to the wonder of modern technology, SEGA has remade the original from the ground up, with the beginning of the saga available for all and sundry on PS4, featuring additional cutscenes (including a few references to Yakuza 0) and other nice touches. Rinsed the prequel? Miss Kiryu’s wooden charm? Want to save more strippers from drunken perverts? Here’s your one way ticket to debauchery, uber-violence, and the king of insults and one-liners.

The original Yakuza was the start of it all, and therefore started things off a bit more serious than later entries. Don’t get me wrong, it’s still full of subtle vulgarity and innuendo, but the base story and much of the dialogue can get rather dark at times. The story centres around Kazuma Kiryu as he tries to adapt to life in Japan following a ten-year stretch in the slammer. His best friend Nishikiyama goes apeshit and kills Kiryu’s boss Sohei Dojima after he takes advantage of their friend, Yumi. Kiryu being the decent human being that he is (minus the brutal killing) takes the blame and spends a decade in prison. When he’s finally released, the life he once knew is gone, and everything has changed for the worse. They’ve always featured tales of revenge and conspiracy, and they rarely take themselves too seriously, but Yakuza Kiwami reminds you how fantastic the story can be. The main missions can be tarnished by annoying fetch quests, but when these start to die off you’re knee deep in the good stuff, namely finding Purgatory and what follows. The side missions can flesh out your time greatly, with some taking a couple of minutes and others taking a lot longer. The game also has a habit of telling subtle life lessons within these, such as not judging a situation on how you interpret it, or standing your ground when talking to to pushy phone salesman/con men. There are some really odd missions too, such as the one called ‘Molestation Accusation’ where you’re accused of touching a girl’s bum, and saving a stripper, taking her out for a drink and dabbling with a night of passion or a night of loneliness.

Again, there’s plenty to do when you’re after a break from all the fighting. I don’t want to say how long I spent playing Texas Hold ‘Em in the Purgatory Casino, or how long I spent trying to get all the monkeys from Super Monkey Ball on the UFO Catchers in the SEGA Arcades. There’s loads to do, and you’ll put just as much time into these as anything else. There are a few restaurants scattered around Kamurocho too, and by eating the dishes you’ll gain a few experience points for trying new things. You’ll gain loads of experience points when fighting, and the skill tree (or circle as it appears here) is detailed. There are four in total, and each one will improve your health and recovery, provide new moves, and much more. There’s also a skill set for your Dragon powers, which are earned from fighting Goro Majima at random intervals. There’s more Majima in Kiwami than there was in the game originally, and he remains an utter psychopath. Finding him everywhere, whether you’re fighting or not, is a thing of insanity and hilarity. You may be taking a picture in one of the photo booths and for some reason he pops into frame, or he’s dressed as a police officer and trying to search you for contraband. He’s a great character who’s part-Kiryu’s nemesis, but part-series hero as well. Mad Dog FTW.

You’ve got the four styles seen in Yakuza 0: Brawler, Rush, Beat, and Dragon, all of which can all be switched at the drop of a hat. They can all be improved, and mastering them all will give you the edge in battles. I went to town on upgrading the Beast mode because, not only is it powerful, it incorporates the environment around you. You pick weapons up as part of your attack, and grabbing a nearby bench or table can do plenty of damage. Likewise, in Rush mode, you can attack lots of enemies and manage to dodge a lot easier, so this was my second favourite form of attack. You’ve got each style from the start (unlike Yakuza 0) but you can’t use them as effectively until you’ve started to upgrade them. Boss battles in Yakuza Kiwami can be hard as nails, and seem to take forever. After a couple of tries the game gives you the option to temporarily turn to easy mode. If you’re stubborn like me, you’ll resist the urge, but there’s no shame in changing to easy if it starts to get to you (and believe me, it will happen, especially near the end of the game). Whether you’re fighting a boss or not, Heat mode returns and allows you to dish out a lot of damage to your enemies at the simple press of the Triangle button. This is yet another system that can be upgraded to give you plenty of variation, so try and fill those skill trees as much as possible.

Yakuza Kiwami is extreme and great to play, but there’s a little bit too much combat for my liking. For example, when I was travelling from Serenas to Ares, I faced two separate gangs and got stopped by a cop who was basically accusing me of stealing a kid. This can happen quite a bit, and simple journeys can be bogged down by some boring interactions and countless fights. The fighting is fun, and perhaps it’s a case of “too much of a good thing” here. Regardless, I loved playing it again after all this time, and despite its clunky-feel, bizarre writing, and obsession with Pocket Racers, Yakuza Kiwami is a hoot, and one I wish I could spend all my time playing. It’s also a fantastic remake that makes the smallest detail like skin blotches and the puddles reflecting the neon lights stick out like a wonderfully sore thumb.

Majima's 'pop ups' are great
So much content to play through
Missions are exciting
Combat is diverse
The writing is crazy, but brilliant

The start was always the best, and this extreme edition is a reminder of how fantastic this series has always been.