previous
Get a PS4 With FIFA 15 And Minecraft for £349.99
random
next
Driveclub Update: Most People Can Get Online Now
2 comments

Opinion: Why You Should Be Getting Creative with Project Spark 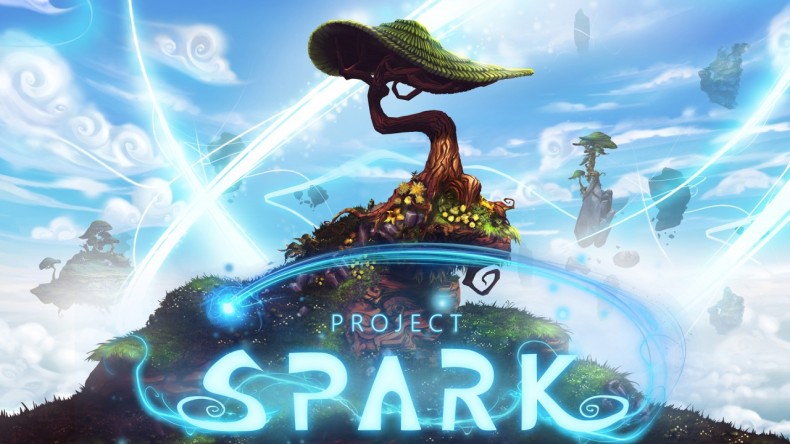 I have to be completely honest: Project Spark has never been on my radar. I only recently came to own an Xbox One, and being the die-hard FPS and Action-RPG fan I am, Team Dakota’s colourful, quirky world-builder never really caught my eye. It was only while poking around in the dashboard that I saw the bright blue splash screen and caught sight of a few seconds of the trailer. Immediately I thought of Fable – which I always had a soft, mushy spot for – and, better yet, I saw that it was free to play.

While that very descriptor usually has to be taken with a cynical pinch of salt, I figured there was nothing to lose by giving it a whirl. It looked like a decent, charming adventure game, so why not? What I wasn’t prepared for, was what Project Spark actually is.

A lot of games are sold on the ability to “play your way”, offering endless choice and branching narratives, hundreds of tools and creative freedom, but I’ve never seen a game go so far to deliver on this promise as Project Spark. It’s not just an adventure game with a level editor; this is a game built around making games. If you played a lot of LittleBigPlanet and thought that was in-depth, well… with no disrespect to Media Molecule, you ain’t seen nothing yet. Project Spark essentially gives you an entire engine to play with, from sculpting the world itself to deciding the behaviour and triggers of everything you place in it. It’s huge, complex and daunting for beginners, but invest time and patience and you will begin to understand the intricacies, even without a design or programming background. It uses its own language, known as “Kode”, which is a slightly simplified version of the programming code you’d see used by an engine like Unreal, and as such gives you total and utter creative freedom.

This is not just hyperbole. Team Dakota allow you to do whatever you want with their game. Want to recreate Prince of Persia’s platforming in the desert sands? It’s possible. Want to make a deep and complex RPG, even featuring dialogue fully written by you? Go for it. I played one community level that was designed as a first person shooter, guiding a crossbow-armed goblin around the landscape collecting coins and shooting bandits.

The game itself – that is, the adventure portion – has three modes. Community levels allow you play with user-created content which you can rate, and features pretty much anything people can think of. This is where your own creations can be uploaded to, categorised by type, and enjoyed by others. You can even “remix” these levels, completely moulding them around their base template to be saved as separate creations. Then there’s Void Storm, an episodic adventure mode with pre-built quests and a proper narrative to follow. Team Dakota have promised more of these adventures in the future. This mode is one you don’t edit; you simply play it. As an adventure it’s alright, nothing we haven’t seen before, as you (the Spark) aid the Creation God in saving the world of Kora from an ancient evil. Initially only two champion characters are available, Scarlett the Ranger and Karlsnor the Goblin Berserker, but various packs unlock Haakon the Knight and Avalon the Druid. Each character is different, but all follow the standard RPG template of melee, magic and ranged. It’s not perfect, as the game struggles to keep up at times because so much is going on elsewhere, but it’s enjoyable enough as a small part of the greater whole.

Finally, there’s The Crossroads. This is part adventure game and part editor, and it’s utter genius. You begin with a blank world, a biome which you then adjust by tweaking the landscape, time of day, and theme. You then place a village with a central quest that you pick, and choose the three main buildings from choices including a tavern, shop, bakery, prison, and fortune teller (among others). From this, you’ll select several side quests from non-descript NPCs, picking their quests and locations as well as writing their dialogue. Other malleable quests are scattered around the landscape – you’ll even choose the enemies from your available packs. You can either play it to earn XP for your character, or save it and upload it to the community, where you can edit it further, in tiny detail, to create your own epic RPG.

Nothing here is rudimentary. In fact, getting involved demands an investment of time and a willingness to learn from your mistakes. The most complex element is the “brain”, the part of every object that defines its behaviour. My early, successful experiment was a group of bandits who were all set to attack me when I got inside their trigger box, except one, who would defect after a certain length of time and aid me instead, with pre-written dialogue. He then became my permanent ally as I explored the rest of my fledgling, slightly creaky world. Creating these moments is only part of the fun, it’s sharing them that makes the difference. But it will take time to understand the minutiae, and hours of trial and error to get the world running properly. You even design the player character in your worlds, as well as behaviour triggers that affect the outcome. Hell, I’ve seen a YouTube tutorial of a guy making an actual werewolf PC. It’s all there if you can understand it.

So back to that “free to play” label. What does it actually mean in this case? Well, rare as it may be, it actually means it’s free. Totally and utterly free. The basic game, including the prologue to Void Storm, the Crossroads, the Creator and the community levels will cost you nothing. You can buy various packs, of course, including Arctic, Desert, and Space world tools, zombie enemies, extra characters – but it appears you can earn everything in-game by spending silver coins. These are awarded for completing any of hundreds of challenges, such as reaching XP levels or building a certain amount of an item. Admittedly, it will take a long time to amass enough silver coins to buy the Starter Pack (160,000, when I earned 20,000 in around 4 hours), but it is possible.

Project Spark is a game-changer. That’s how it feels when you start creating with it (if not when you actually play it, admittedly), with everything you unlock offering more and more possibilities. It’s a rare thing for a developer to make good on a promise, but Team Dakota do exactly that. I’ve no doubt you will find dead ends if you look for them, and there is work to be done to address the frame rate and various glitches (it has a tendency to crash during load screens), but this is the real deal. But it’s not simple, and the tutorial will only teach you so much. The only way to learn how to play Project Spark is to get stuck in, experiment, explore and let your imagination be your only barrier.

Being the cynical old critic I am, I don’t say this very often, but I’m genuinely excited by Project Spark’s potential. I want to see how far it can go. I want to see just what you lot can come up with. So what are you waiting for, Sparks? Go nuts.

Senior Content Editor Mick has been playing games for over 30 years and writing about them for around 12. After drifting from site to site for a while, settling briefly at the now-defunct Made2Game and freelancing for the gone-but-not-forgotten NintendoGamer Magazine, he came at last to rest at Godisageek. Mick has been a reviewer, staff writer and content editor here for some time, while also moonlighting a little for Red Bull Games. He has 4 kids, has written 2 novels, and sometimes even manages to pay a bill or two. You'll usually find him defending the galaxy in Destiny 2, battling evil in Diablo 3, or lurking in the background on Twitter. Find him there @Jedi_Beats_Tank, or on XBL (JediWaster247), PSN (Jedi_Waster) or Nintendo (JediWaster).
MORE LIKE THIS
microsoft game studiosProject SparkTeam Dakota