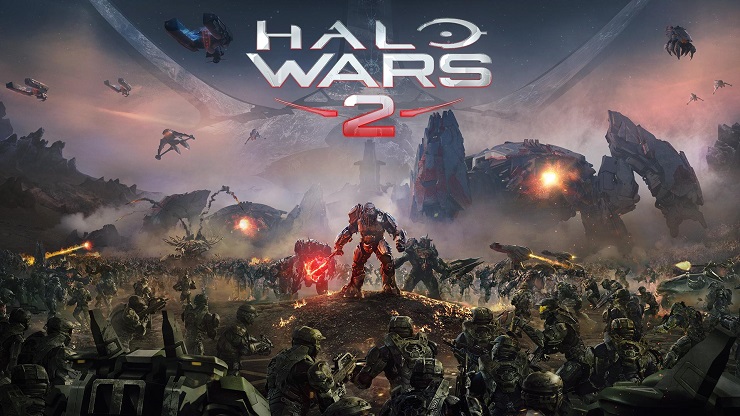 The Halo franchise is an odd one. The original trilogy was loved by the fans, be it for the hugely entertaining multiplayer content (Halo 2 is arguably the reason why Xbox Live initially succeeded) or for the immense depth of its bonkers story, there is no denying the quality on offer. Halo 3’s ODST spin-off was also full of great moments, even introducing the co-op brilliance of Firefight, and boasted a cast that reunited a few of the Firefly cast – Nathan Fillion’s character even went on to play a starring role in Halo 5. But once Bungie took its final bow in 2010 with Halo: Reach, leaving both Microsoft and Halo behind, many thought the franchise would be lost. When 343 Industries stepped in and Halo 4 eventually arrived (a game I personally loved), fans were quite heavily split, and when Halo 5: Guardians arrived in 2015, things weren’t exactly looking great for Microsoft’s flagship series.

Amidst all this, Ensemble Studios, the studio behind Age of Empires, released Halo Wars in 2009, a real time strategy game set in the Halo Universe. It was fairly well received and was certainly well made, especially as the RTS formula rarely translates well to consoles, but this meant that it was largely overlooked by a Halo audience used to simply shooting its way through any problem. That’s not a dig at the fans by any means; hell, I fall neatly into their ranks myself, but that reason is precisely why Halo Wars could have done much better – if I could play and enjoy it, any other Halo player could too. Perhaps that’s why Microsoft decided to take a chance and give Halo Wars another chance to shine. With lessons learned, and another veteran RTS developer at the helm in Creative Assembly (known for the terrific Total War series on PC), Halo Wars 2 finally arrives on Xbox One. Picking up 28 years after the end of the first Halo Wars, with the UNSC ship Spirit of Fire adrift in space, the crew’s cryo sleep has ended due to an anomaly in an uncharted sector. Taking place after the events of Halo 5, this old crew finds itself in a new era of warfare, stumbling across a world inhabited by a new and deadly enemy: Atriox, a Brute warlord who defied the Covenant and declared war on…well, everyone. Including the Covenant. We learn this via a stunningly detailed cinematic created by Blur, the team behind the gorgeous cinematics in Halo 2 Anniversary.

Now, jumping straight into one of the main game modes isn’t likely to be the best idea, not when there are a handful of short tutorial missions on offer from the start. Sure, the lure of Halo Wars 2’s campaign will be strong, but these simple-but-comprehensive tutorials will teach you both the basics and some more advanced techniques that will serve you well during your time with the Spirit of Fire. There are three in total, the first two talking you through general controls and unit-selection techniques, etc. The third tutorial talks you through the new Blitz game mode, a multiplayer point-capturing mode that employs a card system that seemingly evolved from Halo 5’s Req packs. Blitz is played much like any other mode in the game, but the strength of your army lies in your deck of cards. You will periodically use these cards, earned through in-game actions and levelling up in your career, but packs are also available to buy through the Xbox Store. Of course, there are always worries that this kind of thing promotes a “pay to win” mechanic, but money is no substitute for good tactics. A good player will likely annihilate an amateur trying to buy their way to wins.

The main game itself offers a similar mechanic to Blitz, but instead of cards, ground troops can be aided by the orbiting Spirit of Fire, via Leader abilities. A quick tap of the left trigger brings up a radial menu, revealing a number of options that can bring in special units like ODST squads, or call down devastating airstrikes to take down tough enemies or to hold off large groups. All these options have cooldown times though, so there will be no ability spamming here. In later missions, careful and strategic use of Leader abilities can be the difference between success and failure. On more than one occasion, an airstrike saved my bacon. This is just one of the things that Halo Wars 2 gets absolutely right, helping to keep things manageable without the use of a mouse and keyboard.

Using a controller works extremely well, actually. RTS games often suffer on consoles because the control schemes just don’t fit, or developers haven’t configured them to meet the pace of the gameplay, but Creative Assembly has used its own expertise from developing countless PC RTS games, not to mention taking cues from the very successful Starcraft II, to bring an incredibly accessible game to Xbox One. There are still a few issues when things get hectic, but tapping the d-pad’s directions can quickly cycle the camera between bases, or instantly move to units that are under fire. Holding the right trigger and using the d-pad also assigns your selected units to groups, allowing you to create tailored squads for defensive or offensive purposes, or to simply protect multiple map sectors more easily. You can even use the right bumper to select all units on screen, or double tap it to select every unit you have, for when you want to crush that final enemy. Or go out in a blaze of glory. It’s not always a straight fight, though. Building your base is often a big part of keeping your forces equipped for the battles ahead. Unlike most games in the RTS genre, you can’t just build a base anywhere you fancy, there are set plots for them. Once your base building is ready, it unlocks a handful of building plots beside it for adding generators and supply pads (both producing power and supplies that act as currency to train/build new units), as well as other buildings that will allow you to bring special units into the fray. Each building can be upgraded too, including the main base itself, which is often vital due to the addition of turret spots that allow you to add an extra line of defence. Some missions offer extra bases too, usually with limited spaces, that simply offer more local reinforcements for when you’re well away from your main base.

Not that Halo Wars 2 is all about base building. Far from it, actually. Its best missions give you more limited options, leaving you to rely on the heroes and various other specialist units. In one particular mission, you’re restricted to using snipers to scout out enemies, in order for the new Kodiac artillery tanks (think Starcraft II’s Siege Tanks) to bombard them with devastating cannon blasts from afar. It’s this variety that constantly keeps the game fresh, as every mission feels different. The hero units help with that too, especially because they’re Spartans. There are only a few of these assigned to the Spirit of Fire, going back to Halo’s beginnings, when Spartans were far less common and far tougher to kill. These hero units can deal out (and take) way more punishment than almost every other unit at your disposal, and can even commandeer enemy Wraith tanks, among other things. Let’s face it, Spartans are supposed to be cool, and damn, everything they do looks cool in Halo Wars 2. And these awesome, heroic feats happen as you play, not just in cinematics. Watching a Spartan take control of a Wraith never gets old. That’s not to say that cinematics aren’t sometimes the place for amazing heroics, and Halo Wars 2 certainly isn’t lacking on that front. The in-game cinematics are cool enough most of the time, but Blur’s CG scenes are on another level, even by Halo’s high standards. The way the game transitions seamlessly from gameplay to CG cut-scenes is fantastic, meaning that the story never really stops, and the story really does hold its own in the Halo universe. Atriox and his Banished army are a formidable force, and Cutter’s UNSC crew is great to witness, especially the Spartan squad and Isabel, the new AI. The only real drawback to Halo Wars 2’s story is that it sometimes feels like a setup for another story, and its ending is incredibly abrupt. The game itself doesn’t end abruptly, the final mission feels like the climactic battle it should be, but when the credits rolled I was left feeling much like I was at the end of Halo 2.

The presentation of Halo Wars 2’s story is spectacular however, and this presentation extends to every part of the game. Despite Marty O’Donnell leaving the Halo franchise after Reach alongside Bungie, his legacy lives on with a stunning score that incorporates the iconic Halo theme and brings in a new flavour of orchestral goodness. The menu theme alone is beautiful. The sound design as a whole is pure Halo, with great banter between marines (they even comment on seeing Spartans in action, up close) and meaty explosions, only Halo Wars 2 goes even further due to the sheer scale of the battles happening on screen. Those battles look glorious too. Units may not have the extensive detail of Halo 5’s Spartans, but they have a slightly more stylised look to suit the smaller scale of RTS characters, and the animation is sublime. The maps are beautifully lit, with realistic lighting that casts shadows across the ground, and everything looks like a Halo game should. Even the metallic Forerunner areas manage to look stunning, despite being comprised mostly of expanses of drab silver. There’s a certain character to every environment.

All Halo games are known for their multiplayer aspect, and RTS games are no different these days, so Halo Wars 2 doesn’t skimp on those options either. You can fight with up to five other players in a number of game modes, from a straight deathmatch to Strongholds (in which you attempt to take down the other players’ bases) and Dominion (hold set points for as long as possible, first to a set score wins), and then there’s the Blitz mode I mentioned earlier. These modes are all fun and can even be played against the AI – Blitz even has a co-op Firefight mode, in which you attempt to survive against increasingly difficult waves of enemies, using your card decks to help bolster your ranks. Time will tell if the matchmaking helps to keep things fair, so that players of my meagre ability aren’t matched against pros, but there’s a lot of potential here, especially in the new Blitz mode.

I know I’ve mentioned Starcraft II a couple of times in this review, but it’s certainly the yardstick by which most RTS games are measured and this one is no different. There are obvious comparisons to be drawn between both games and Creative Assembly certainly wears its influences proudly, but Halo Wars 2 never strays into clone territory. It stands well on its own, creating an experience that combines cinematic storytelling with varied and interesting strategic gameplay, as well as throwing in a few explosions for which Halo is often known. And best of all, it manages to be accessible enough that even a blunt object like myself can finish the campaign.

Accessible gameplay, but depth is there for veterans of RTS games
Story is great, for both fans and newcomers alike
Looks and sounds gorgeous
Blitz mode is a unique multiplayer addition
Skirmish modes against AI offer almost infinite replayability

With its intuitive controls and accessible nature, Halo Wars 2 could finally be the RTS to break the console market, and may even be able to take on the mighty Starcraft II.