How to Survive 2 Review 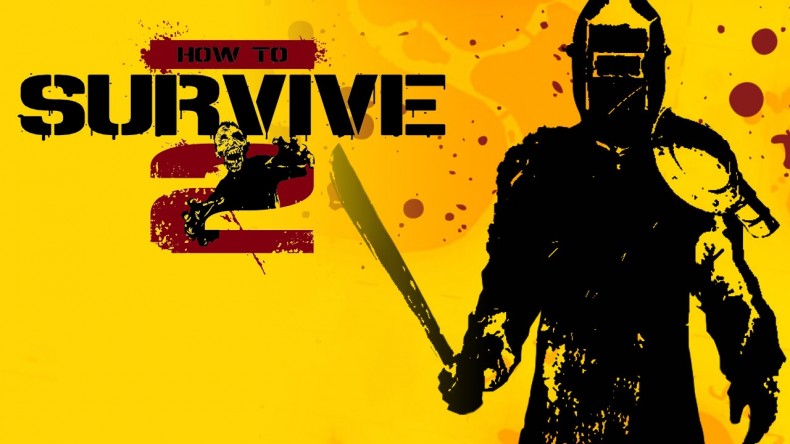 The fear of a global pandemic turning normal people into flesh-eating monsters is a fascinating concept, mainly because it’s probably the only real horror movie scenario that could actually happen. The zombie genre is my absolute favourite, and no matter how many films, TV shows, or games feature them, I’ll never get tired. Survival is indicative of any successful zombie game, and How to Survive 2 does just about a good a job as any, giving you some wonderful moments of panic and dead as the undead threaten your very existence.

Set 15 years after the original, How to Survive 2 takes place in Louisiana, and the zombie invasion has spread across the world. Nowhere is safe, the dead have inherited the earth, and you – a nameless protagonist, are well and truly screwed. You start out with nothing at all, other than the tatty clothes on your back and a familiar voice in your ear. Kovac is back to give you quests and point you in the right direction, returning from the original to provide you with some deadpan humour and words of wisdom.

It takes a while to get going due to the tutorial-type missions that make you familiar with the game’s mechanics, but once you get into an undisturbed rhythm of scavenging, crafting and building, things get really good. Next to the underground bunker where Kovac resides, you start to build your base, or camp. You’ll start off building an armoury and a storage unit, but the higher your level, the more you’ll be able to build, such as a kitchen for food, and a foundry to craft with metal. Your camp could end up being your own personal haven – somewhere to make a life for yourself, but it can take a hell of a lot of work. There is such a rich menu of crafting and upgrading, and collecting seemingly useless items will always serve a purpose; you’re crafting ammunition, buildings, weapons and more, so pick up absolutely everything. How to Survive 2 provides such an immersive experience, and you’ll end up spending plenty of time in the menus. One of the downsides to the game is finding your way around them, due to the mouse cursor being present. This was released as a PC game a few years ago, and this hasn’t been adapted for the console version; it can be a pain when you’re trying to craft something, with no pause for the action as you do it, providing an opportunity for you to be attacked.

Being a survival game, you always have to keep an eye on your health. When you’re out scavenging the local town, always pick up some water or food for you and your fellow survivors because if you don’t, starvation and thirst are just as much of a killer as the walking dead. It can be scarce, and when the zombies are zoning in on your location, panic sets in and cause you to run away. Go in quiet and try to be as stealthy as possible. I was far too arrogant on many occasions that it ended up with zombies flooding in through the windows or falling down the stairs, all because I went a bit nuts with a gun. It’s about as realistic as possible, so go into every situation prepared and patient.

As far as controlling your character goes, How to Survive 2 is relatively straightforward; you can run, switch weapons and attack with ease. If you’re using a melee weapon, holding down the attack button allows for a stronger bout of vengeance, featuring some pretty gory moments as heads pop off and blood flies through the air. A big issue for me is the camera – not the angle, but the confusion it can provide. If you’re running through a particularly dense area of woodland, the camera will allow you to see through the tall trees, but you can get lost with where you are. Zombies are also hard to see in these situations, and a chance to maybe rotate your viewpoint would be massively appreciated. One of the coolest features is the opportunity to team up with other survivors in your camp or theirs, working together on missions to gather equipment and supplies. It makes the survival element feel authentic, and you all feel like you’re playing a part in things. In one of the camps I joined, our first job was to go hunting for some wood, and we came across a quaint cabin. At this point I was about level 5, so the zombies were starting to get tougher and faster. As we were checking the perimeter, a fat, exploding zombie knocked me off my feet, meaning these two zombies were heading towards me; I was helpless, but one of my buddies came over and attacked them from behind. We raided the cabin and got what we needed, and the teamwork made that mission successful. I survived because of my team, and playing alone doesn’t always give you that respite.

How to Survive 2 is a much improved sequel, featuring some beautifully looking environments. There are plenty of upgrades for you and your haul, and you’ll lose yourself in the menus if you’re not careful. The music is wonderful at times and it makes tense moments even worse, even if it does remind you of the opening theme song of The Walking Dead. Whether you’re playing with friends, strangers or on your own, How to Survive 2 offers an authentic survival experience that has plenty of replayability.

You’ll find a great survival experience here, along with endless crafting and upgrading options, even if menus can be daunting and the camera angle doesn’t always do the game justice.