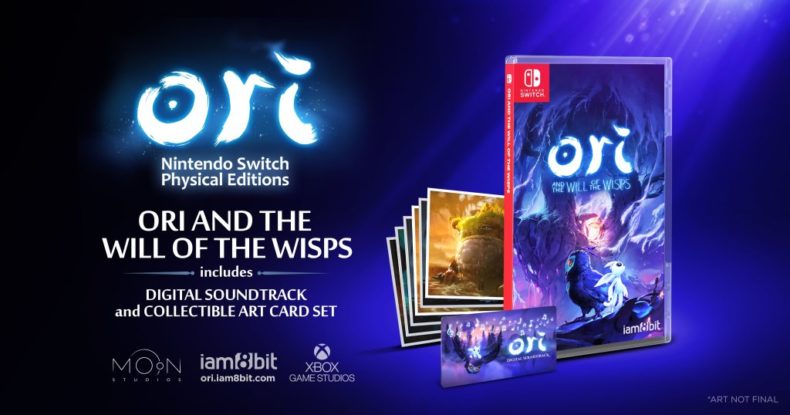 iam8bit, Moon Studios and Xbox Game Studios have announced that physical editions of Ori and the Blind Forest and Ori and the Will of the Wisps will release for Nintendo Switch early December 2020.

Both physical editions for Switch of the Ori games will retail for $39.99 / 39.99 Euro and are available for pre-order right now. The editions will be distributed by Skybound Games.

The physical editions of both games will feature six collectible art cards and digital downloads of the game’s respective soundtracks, composed by Gareth Coker.

“We’re thrilled to be able to partner with Moon Studios and Xbox Game Studios to bring fans even more premium content for such a beloved series,” said Jon Gibson and Amanda White, co-owners of iam8bit. “Both Ori and The Blind Forest and Ori and The Will of the Wisps are both known as emotionally charged games, and we couldn’t be happier to commemorate their most memorable moments through these special physical edition releases.”

Ori and the Will of the Wisps recently launch on the Nintendo Switch console and we loved it. Both editions run at a silky-smooth 60 frames per second on Switch.

The physical editions are expected on December 8, 2020.

Likes to shoot stuff and wear pretty shoes. Is a BEAST at Titanfall.
MORE LIKE THIS
microsoft game studiosMoon StudiosOri and The Blind ForestOri and the Will of the Wisps