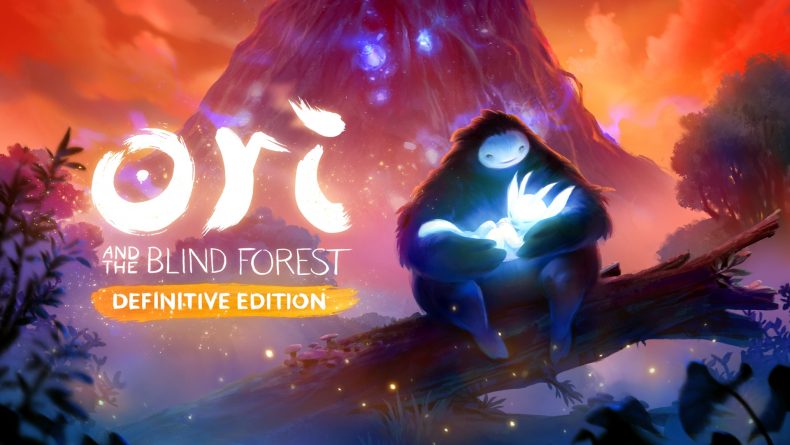 Switch Re:port covers the Nintendo Switch port/version of a game newly released on the platform. Ori and the Blind Forest originally came out in 2015, and was awarded a score of 9.5/10 on Xbox One by Mick Fraser.

As one of the very best examples of a MetroidVania outside the obvious, it’s delightful to see Ori & The Blind Forest hitting Switch, in its Definitive Edition form, no less. That means you’re getting the full experience of the original ten hour game, plus a couple of new areas which offer a further few hours on top of that.

But in truth, if this is your first time playing the game, you won’t notice, and there are no bells and whistles for the Switch release, either. That said, with the sequel out in 2020, developer Moon Studios has slipped in some updated animations for the titular Ori that make the character look smoother. Again, you won’t notice if you’ve never played it before, but I did, and it looks lovely.

It plays beautifully docked, and is equally gorgeous in handheld mode. But it’s worth pointing out that this is a difficult game. Death is punished, brutally, and you’ll be sent back to your last save point. No checkpointing whatsoever: in fact, you create your own save point by using some of your “mana”. If you forget to do so, regularly, you will be punished. There’s no skipping in-engine scenes, either, so if you die before a boss fight, or a little update that shows progress, and if your save point is before that: you’ll have to watch it again.

Regardless, in many ways the portability of Nintendo Switch suits Ori and the Blind Forest rather well. Xbox achievements are supported once you’ve logged into your account (you’ll need another device to authorise this), but really, this is just the same wonderful game that was first released in 2015, and it’s delightful – even when you’re cursing the 100th death – to see it given a new lease of life. Here’s hoping the sequel gets checkpoints.

This is just the same wonderful game that was first released in 2015, and it's delightful to see it given a new lease of life on Nintendo Switch.