previous
Sneak Peek at the Persona Q: Shadow of the Labyrinth Art Book
random
next
Sponsored: Online Games: Are They Unreliable?
0 comments

ESL App Available On Xbox One 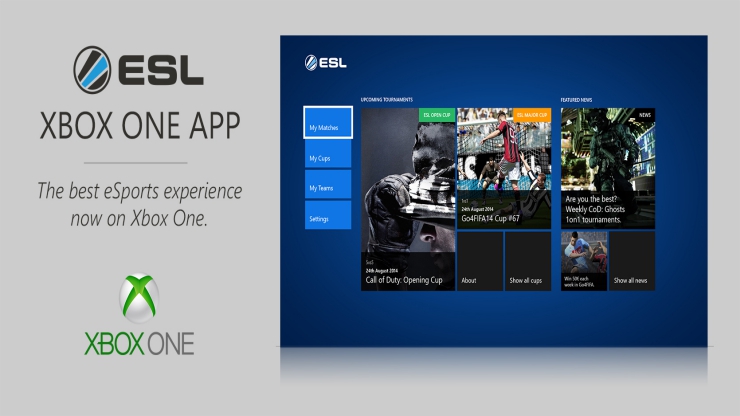 The ESL has released a brand new app on the Xbox One that allows users to take part in a massive range of ESL tournaments.

The main features of the app are the tournament integration options. You can sign up to a tournament, find you opponent, organize the match and submit the results all directly in the app with no need to boot up another device. Start doing well in the open events and you might find your way into the pro tournament qualifiers and start earning some big money.

Marcel Menge, Managing Director at Turtle eSports and Technology and Lead Developer for the ESL app on Xbox One had this to say about his creation.

“ESL stands for the best eSports experience in the world and our goal is to deliver that experience on all platforms. By launching our own app, we want to bring that unique experience to the Xbox One and its lineup of multiplayer games. The app will allow players of all skill levels to easily participate in our tournaments. This is just the start for us – we are working hard to bring major eSports tournaments to consoles and integrate them flawlessly into our app so everyone can get involved.”

“At Xbox, we’re dedicated to providing gamers with the experiences they ask for and we know competitive gaming is a growing category,”

“With the addition of the ESL app on Xbox One, we can deliver a wide range of tournaments for some of the best games on the platform all with the functionality our community craves.”

eSports! I joined God is a Geek all the way back in September 2013 and since then have spent most of my time on Dota 2, and occasionally posting the odd review, news article or totally wrong predictions for The International. When I am not playing Dota I can probably be seen watching some kind of strange eSport or begging for more Twitter followers (@MikeStubbsy if you are interested). Aside from GiaG I am a computing student, football coach and major Apple fanboy.
MORE LIKE THIS
ESLMicrosoftXbox One