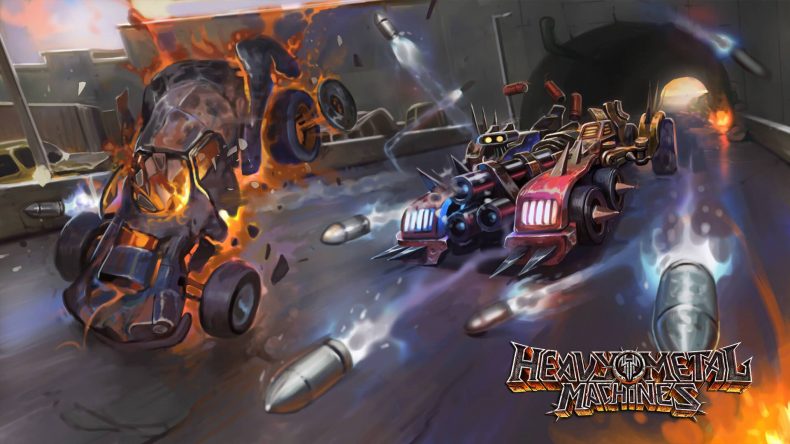 Hoplon has announced that its car-combat MOBA, Heavy Metal Machines, will have its first European Esports Championship this month, registration for which is now open to all.

The tournament will be hosted on a European server, but is open to registration from players anywhere, and will feature a prize pool of €10,000. Aspiring Esports players can now register on the ESL Play page here before qualifiers begin on July 16 to narrow the entrants down to only eight. The top players will then duke it out in Play-Offs on July 23 and in the Main Finals on July 30.