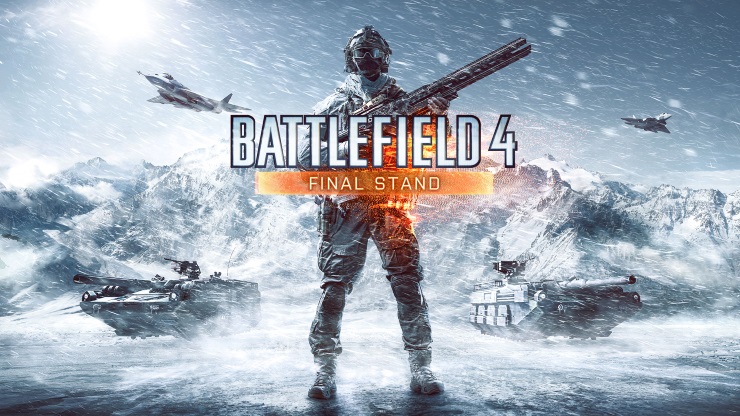 If you’re still playing Battlefield 4 (and I bet a few EA Access members are, as it’s free on there), you’ll be delighted to know the final Battlefield 4 DLC pack is coming on November 18th, this coming Tuesday.

The epic conclusion is imminent. Battlefield 4 Final Stand, featuring 4 all-new arctic maps packed with futuristic military hardware, will be available on November 18 for Battlefield 4 Premium members. And we’ve got a lot in stock for those who’ll join the fight among the snowy Russian landscapes…

We’ve worked hard to ensure you’ll have a blast with the new weapons, gadgets, and vehicles featured in Final Stand. You’ll traverse the environments with the new Snowmobile and use the strafing abilities of the new Hovertank. High-tech prototype weapons like the devastating railgun Rorsch MK-1 should also give an itch to your trigger finger.

The all-new maps include the Siberian, blizzard-ridden Operation Whiteout – and the thrilling Hammerhead which lets you fight around a submarine base. Take a good peek at the hi-tech gadgets in the military installation of Hangar 21, and the vast Giants of Karelia, set around a weapons factory.

Thanks to AGB for the video.

Editor-in-Chief here at GodisaGeek, I organise almost every bit of content as well as running our weekly Podcast, and being the lead producer on our YouTube Channel. That means I'm very busy and sometimes grumpy. Yay!
MORE LIKE THIS
BattlefieldBattlefield 4diceEA