previous
Opinion: The Year my Fiancée got into Gaming
random
next
Sony Gives 5 Days of PS+ As Compensation for PSN Downtime
0 comments 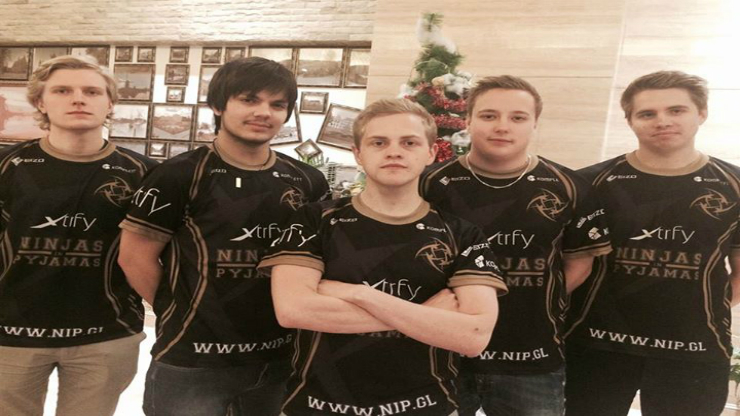 eSports organisation Ninjas in Pyjamas (NiP), famous for their impressive Counter Strike teams, have added the Swedish Dota 2 team Lajons to their organisation.

The sponsorship, which has been rumoured for a few weeks, will see Lajons rename to Ninjas in Pyjamas and will compete under the organisations banner in all future events. The debut of the new NiP squad is set to take place tomorrow during the i-Leauge LAN finals in China and after that the team will head for the StarLadder LAN finals.

Per Lilliefelth CEO of NiP had this to say about the acquisition.

“We continue on our path to build an eSport powerhouse based in the Nordics. Swedish and Scandinavian eSports have always been successful and in the frontline of development in the world of Gaming. We are proud to see that so many eSport-stars want to join the NiP colors and represent us on the global scene. I’m personally impressed with the players in Lajons who have come so far without any backing at all. Now we will do everything in our power to give them the best possible conditions to grow with the NiP organisation”

Then perhaps NiP’s most experienced player, having played at two Internationals, Adrian ”Era” Kryeziu had this to say about joining one of the biggest and most well known eSports organisations.

“We are proud to have been given this tremendous opportunity. To play under the Ninjas in Pyjamas banner is a boyhood dream for all of us. We will show that Sweden is to trust when it comes to big championships and tournaments in Dota 2. Our journey  as Ninjas will start in China where we jump in to the Ileague Finals. After that you can see us in the Starladder finals in Kiev Ukraine. 2015 is our year, the year of the Ninjas. ”