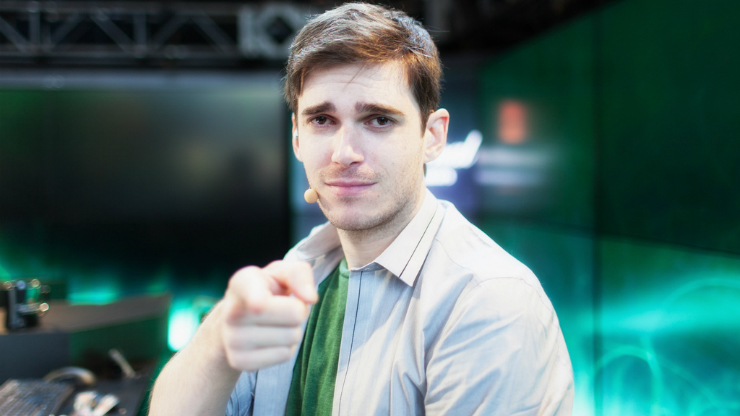 Valve has removed James “2GD” Harding from his role of hosting the English language stream for the Dota 2 Shanghai Major, just two days into the event.

A series of tweets sent out earlier today from Harding, which can be seen below, explained that Valve had made the decision to remove him from the stream. This has since been confirmed by multiple other Dota personalities who are at the Major, but the reason for his removal is yet to be confirmed.

Sorry to say I won’t be returning to the Shanghai major, I was let go after that last segment. We’ll always have day 1 together. 🙁

Regarding the Reddit thread comments, it was valves decision. before the event, I was told to be myself. 🙁

Harding had been brought in after a lengthy absence from the Dota scene to be the host for the analyst desk at the event. Traditionally he has always had a very casual style of hosting, often focusing more on the comedic side than actual game analysis, but always remained a very entertaining host. During Harding’s brief one and a half day run on the stream fans praised him for remaining entertaining during the long pauses that arose due to technical issues.

The Shanghai Major is still going ahead with Jorien “Sheever” van der Heijden taking over the role of primary host. The event is one of four major Dota 2 events sponsored by Valve, who have provided the $3million prize pool, although is being organised primarily by Perfect World, the company that distributes Dota 2 in China. You can watch the action on the stream below.

Harding has said that he will release a full statement later today. Both Valve and Perfect World are yet to say anything on the matter.