Will The UK’s Best Dota Players Ever Make it to The International? 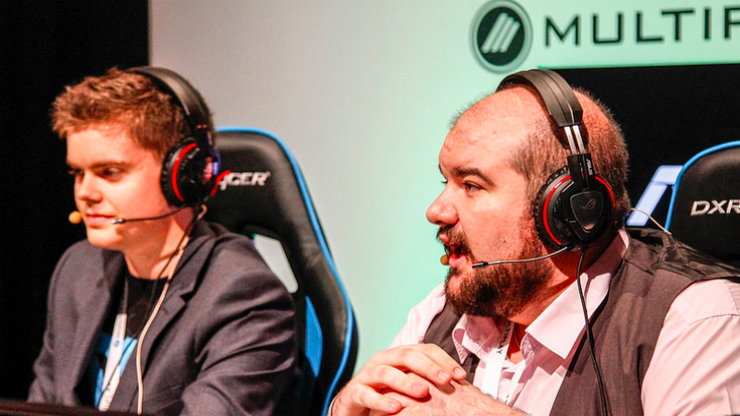 NewBee, the winners of The International 4, took home a staggering $5,028,121. With some of the prize money going to the NewBee organisation, and some ridiculous tax laws, each player ended up receiving around $633,567, which is still a lot of money – enough to comfortably live off for many years. A prize pool of such size attracted many teams from around the globe, with players from over 15 different countries taking part in the main event, and even more in the qualifiers. But one country was missing: the UK.

Perhaps the biggest Dota 2 event in the UK last year was the Asus Rog Dota 2 Cup at Insomnia 53. The competition featured a £4000 prize pool that saw teams of all levels compete. Once the event finished I sat down with casters Joe ‘JoeShow’ Styrka and Owen ‘OD Pixel’ Davies to discuss how competitive Dota is going in the UK.

“Dota 2 in the UK feels like a very niche market” said Styrka, a veteran caster with many LAN events under his belt. “We’ve got some okay teams out there, the problem is we struggle to secure solid line-ups, teams just change around so much in UK competitive Dota.”

Keeping a solid roster together is the key for any successful Dota team as we are seeing at the minute with many of the biggest western teams bringing in new players in an attempt to solidify in time for The International 5 later in the year. However, for the UK teams, consistency is something many struggle to find.

“Take Dwayne The John Rockson for example, who are one of the strongest teams in the UK currently. You have Mute, Rime and Welp – they are sort of your three core guys that have always been in The Rock, but for a period of time have always struggled to find those extra two players as well. So they have been unable to take it up a notch and really meld together as a team”.

Even if they don’t have a particularly stable roster, The Rock are still one of the UK’s best, but why haven’t they broken into the much more lucrative European Dota tournaments?

“We see The Rock being very strong in the UK scene but when other teams come in from the outside you suddenly see that the best of the UK scene can’t really stand up on an international level at this point” notes OD Pixel, a young, upcoming caster who already has multiple tournaments behind him.

At the Insomnia 53 event The Rock ended up losing 2-1 in the final to London Conspiracy, a Greek squad who are ranked 61st worldwide in the GosuGamers team rankings.

It is clear, then, that UK teams still have a way to go before being able to challenge the larger European teams, especially when one of our best gets crushed by a tier 2 squad.

Thanks to Joe and Owen for their time. You can follow Joe on Twitter @JoeShowUK and Owen @ODPixel