previous
The Order: 1886 Interview – QTEs, the Nature of Heroes and two Kinds of Ketchup
random
next
Eight Teams Qualify for ESL One Katowice CS:GO Championship
0 comments 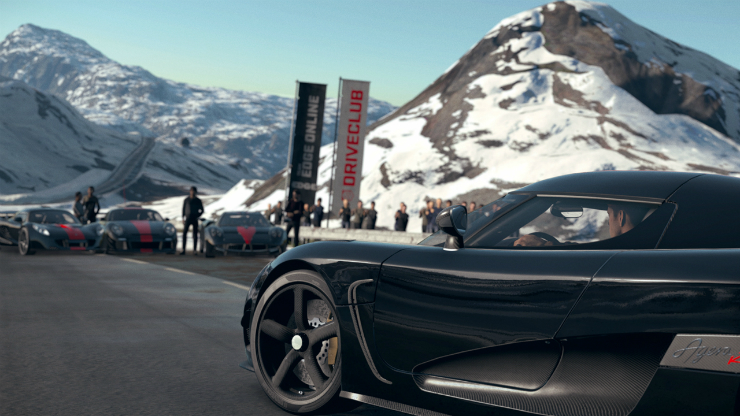 Remember Driveclub? Well turns out that our man Dan was spot on in his review when he said it is actually good when it works, and now it works quite a lot of the time. Driveclub’s February update is now available and as well as making it work more of the time brings a new track and a new game mode.

The update adds the Kobago track and its reverse variant for free, as well as the Team Time Trials mode although the new mode wont be available until Wednesday according to VG247.

Requirements for advancement in add on tours have been changed, lowering the number of stars needed for the 2nd stage, but upping the amount required for the championship.

As you would expect with any patch (especially for Driveclub) a number of bugs have been fixed and it also sets things up for new DLC that is coming soon. Full patch notes can be seen below along with other updates that are coming soon and a trailer showing the new additions.

» Adds a new Multiplayer game mode: Team Time Trial (available Feb 18th).
» Adds a new track offering 2 variants: Kobago in Japan.
» All add-on Tours have new progress requirements: You need 8 Stars (previously 12) to progress to the second stage and 22 Stars (previously 27) to open up the final Championship.
» Adds the ability to choose from a collection of factory Paint Jobs during vehicle selection prior to an Event.
» Adds the option to enable the Rev Counter in cockpit view.
» Decreases the threshold on the manumatic downshift limiter to allow players to downshift earlier.
» Reduces the drying time for rain splatter on the screen when in Chase Cam.
» Implements ghosting under certain conditions in Multiplayer races to prevent track blocking.
» Allows the ‘Contender’ and ‘Unbeatable’ Trophies to be unlocked even if the challenges expire when you are not online.
» Includes a number of minor bug fixes, performance improvements and usability tweaks.

After 1.11, what else is coming to DRIVECLUB?

» Server upgrades: to improve stability and performance for all current players and to enable the release of the PS+ Edition and DRIVECLUB companion app.
» Private lobbies: Development of Private Lobbies for Multiplayer is ongoing alongside development of server upgrades.
» Replays: are in the final stages of development and testing. It’s likely that offline replays will come ahead of Multiplayer replays.
» Changes to drift scoring: to ensure that you are rewarded for momentum, control and staying on the track in drift zones.
» Lots more cars: We can’t say what’s coming just yet, but many of your most commonly requested cars and manufacturers are coming to DRIVECLUB, along with a few surprises.
» New ranks: because many of you are at Level 50 already.
» Lots more! Please keep sharing your feedback about DRIVECLUB with us to help the game continue to evolve around you.

eSports! I joined God is a Geek all the way back in September 2013 and since then have spent most of my time on Dota 2, and occasionally posting the odd review, news article or totally wrong predictions for The International. When I am not playing Dota I can probably be seen watching some kind of strange eSport or begging for more Twitter followers (@MikeStubbsy if you are interested). Aside from GiaG I am a computing student, football coach and major Apple fanboy.
MORE LIKE THIS
DriveClubevolution studiosSony