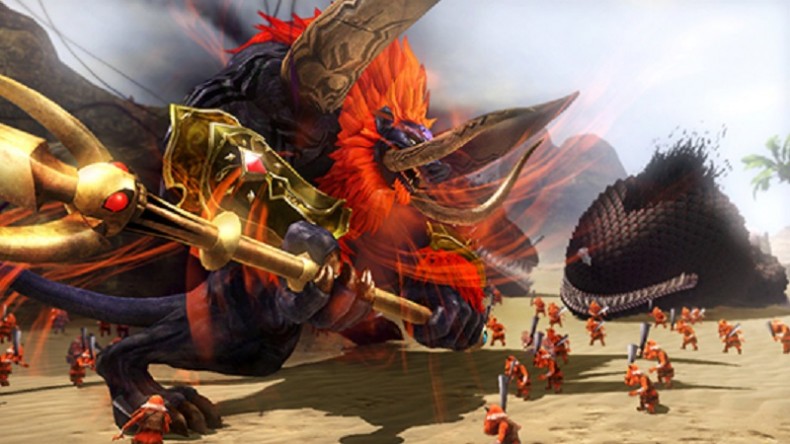 Koei Tecmo and Nintendo are determined to keep Hyrule Warriors in the disk drive as it continues to add more content to its large roster of characters with the announcement of the Lastest piece of DLC for the game.
The ‘Ganon Pack’ will be based around everyone’s favourite flame haired adversary and will have the following challenge modes.

• Boss Challenge – Battle against huge demon beasts and aim for the high score in this additional mode. For every battle, you can leave a record with each character. As a reward, you can acquire costumes for Link, Zelda, and Lana.

• Ganon Play – Control the demonic beast Ganon and aim for the high score in this additional mode. With his excessively large stature, he can destroy the battlefield and take out hordes of enemies like never before seen. You can leave a record for every battle. As a reward, you can acquire costumes for Ganondorf and Cia.

A brilliant opportunity to battle as the big bad Pig yourself, Hyrule Warriors shows no signs of slowing down in terms of additional content and this should have previous players coming back to the battlefield again.

The Ganon Pack will be released in Japan February 26.