previous
Ways Soccer Fans Can Have Fun Online
random
next
NEO: The World Ends With You oozes style and substance | Hands-on preview
0 comments 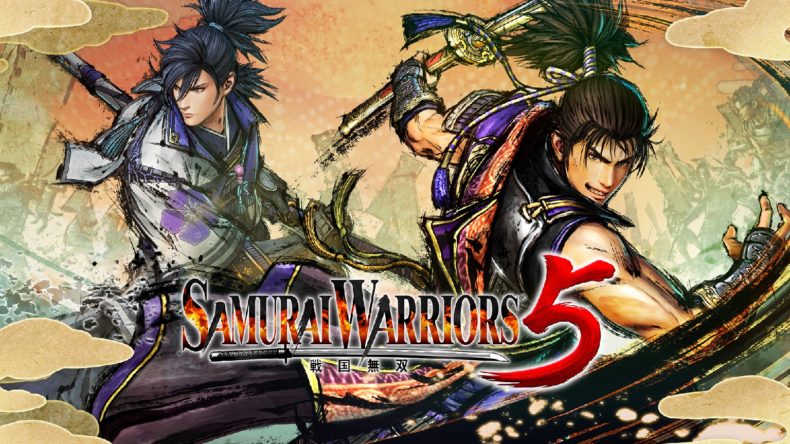 Despite loving Musou games, I’ve somehow managed to avoid the Samurai Warriors series until now. The Sengoku spectacular is widely regarded as one of the better spin offs, but my love of Gundam and Zelda have meant I’ve not had time to whip out my Katana until recently. Later this month we’ll be getting the fifth installment of series. And after playing the first two chapters I can confirm that Musou fans should be excited.

Luckily for newcomers, Samurai Warriors 5 is a revamped version of the first game’s story. It spans from the end of the Ōnin War to the Incident at Honnōji. The early portions of the game I’ve played follow a young Nobunaga Oda before he became known as the Great Unifier of Japan. Don’t worry if this all sounds dry and historical to you though. In reality the story segments are as campy and over the top as ever.

The real draw of Samurai Warriors 5 is the hugely compelling gameplay. Get ready to face off against thousands of enemies at once. Expect to chain together combos ending in huge slices and columns of fire that kill scores of foes at once. This core loop of Musou games hasn’t changed a great deal since the PS2 days. But the flow of combat and potential to use special abilities mid combo really does make mass murdering feel better than ever. 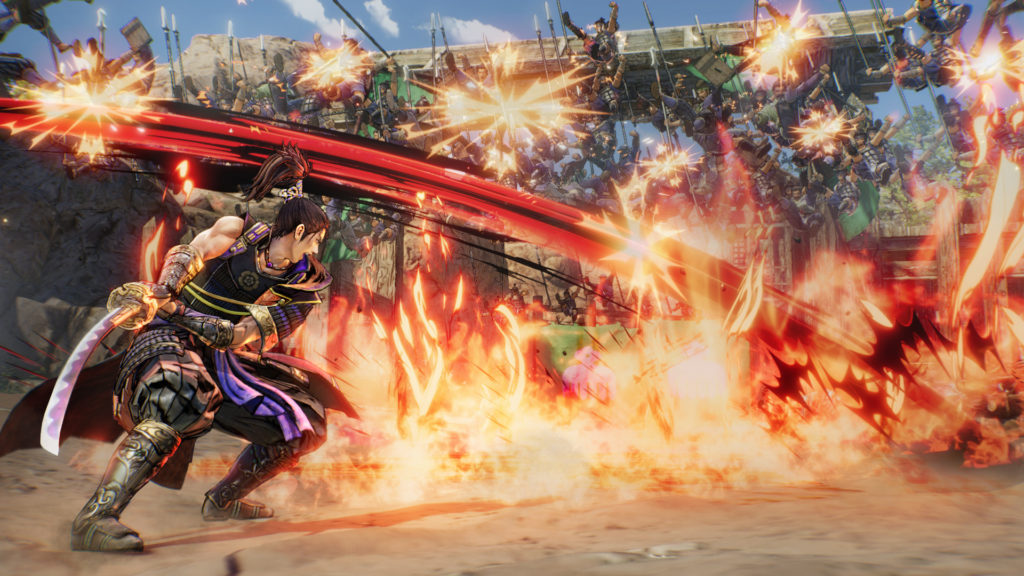 My personal favourite addition to the game are Ultimate skills. Brought across from last year’s One Piece Pirate Warriors 4, you can equip each character with four abilities that recharge for a little while after use. In the opening couple of chapters I’ve been able to equip powerful ultimate skills that counter tougher enemies, a rush attack that chains combos together, and a bunch of stat boosts to give me the advantage in a tricky fight. The extra layer these abilities add to the combat really does improve the gameplay.

All of the characters I’ve played as so far play totally differently from each other. There’s a nice variety of speedy sword experts, slower but more powerful spear users and even ranged bow fighters. I’ve only been able to try around 10 of them (with over 30 planned in the full game) and have enjoyed each in their own way. 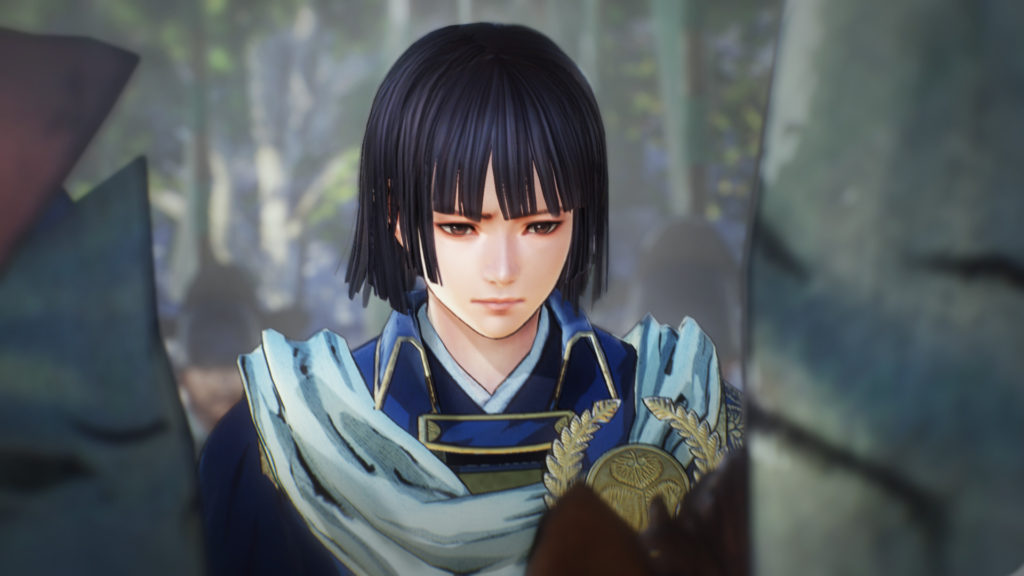 So far the story missions I’ve played have all followed the standard Musou mold: two armies fighting for supremacy over a huge map. Over the course of the battle, you’ll get objectives that’ll help push the enemy back and eventually reveal their leader for a boss fight. Along the way you’ll need to take down powerful foes and captains that spawn more enemies so they don’t overwhelm your forces and capture your base. I’d assume we’ll have a little more variety in missions further into the game (such as killing a set number of enemies to win within a time limit) but these traditional wars of attrition are my favourite anyway. There’s an entirely different game type called Citadel mode available at launch too, but I wasn’t able to try this in the preview build provided.

Outside of missions there plenty to keep on top of. Each character has their own skills and weapon proficiency to upgrade. This can grant you all sorts of buffs in battle as well as entirely new ultimate skills. You’ll also find a ton of new weapons on your travels, each with upgradable abilities (such as attack buffs, range buffs and adding elemental damage) and slots to put new ones. There’s even a Stable for you to spend your hard earned money on better horses, which you can zoom about the battlefield on while battering fools. 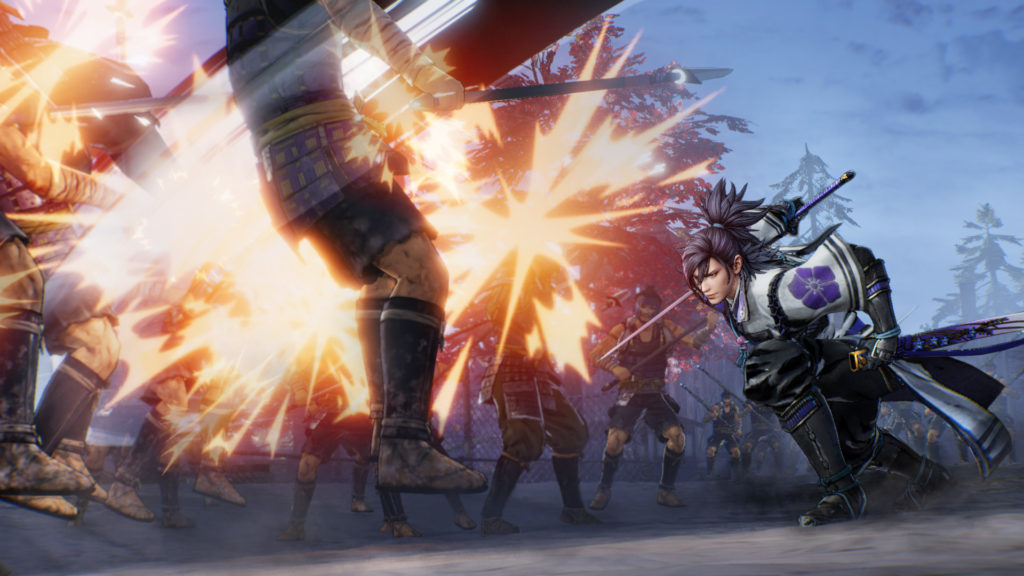 It’s worth mentioning how great the new graphical style looks. Inspired by traditional Japanese art, the characters and attack effects are gloriously colourful. In action it looks especially impressive, and I’d say it’s one of the best looking Musou games to date.

From what I’ve seen Samurai Warriors 5 doesn’t add much new to the genre, but is a polished and beautiful Musou game. The combat is as satisfying as ever, and I can’t wait to jump back into the vibrant world of Sengoku era Japan later this month.