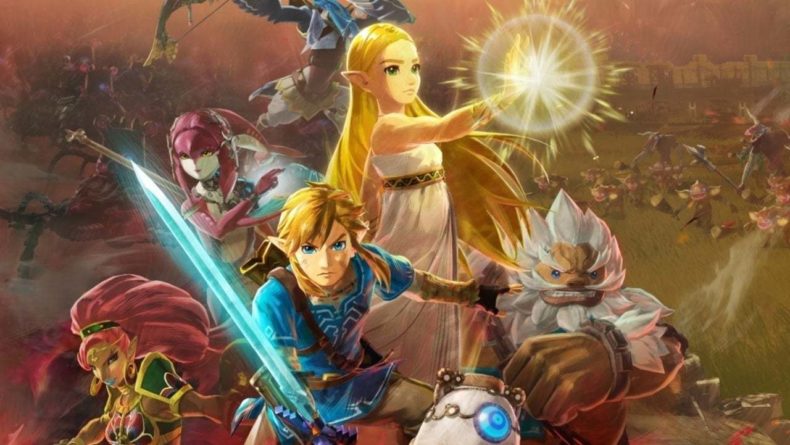 We all have games that just don’t click with us, no matter how universally loved they are by fans and critics alike. For me, that game is Breath of the Wild. While everyone else talks about how packed with secrets the open world is, and how Zelda finally broke free of its tried and tested formula, I just wanted to find new items and use them to solve puzzles in a good old fashioned elemental dungeon. Despite my opinion on the Switch launch title, I was immediately intrigued when I heard that the new Hyrule Warriors game would be a prequel to Breath of the Wild. After the original Hyrule Warriors focused on mashing up all of your favourite Zelda characters, I was interested to see how Hyrule Warriors: Age of Calamity would handle a more focused story leading up to the start of the beloved 2017 title.

With the threat of the revival of Calamity Ganon looming, the Kingdom of Hyrule is in turmoil. Hundreds of Moblins, Bokoblins, and all manner of baddies from the Zelda series roam the lands, and the different tribes of the land are all struggling their recent appearance. After showing promise while defending Hyrule Field from monsters, an Imperial Knight you may recognise called Link is tasked with defending Princess Zelda as she gathers the champions and emplores them to pilot the Divine Beasts to help stop the impending threat. The story only gets better the further you get into the game, with the fully voiced cutscenes really bringing the characters to life.

Despite an emphasis on the epic overarching story, you’re thrown onto the battlefield almost immediately as Link, with thousands of enemies in your path. As is typical of a Musou game you’ll be sending dozens of puny enemies flying with each twirl of your weapon. This level of overpowered destruction brings a level of satisfaction hard to find in other genres, and the variety of screen-clearing moves among the games various characters is vast. 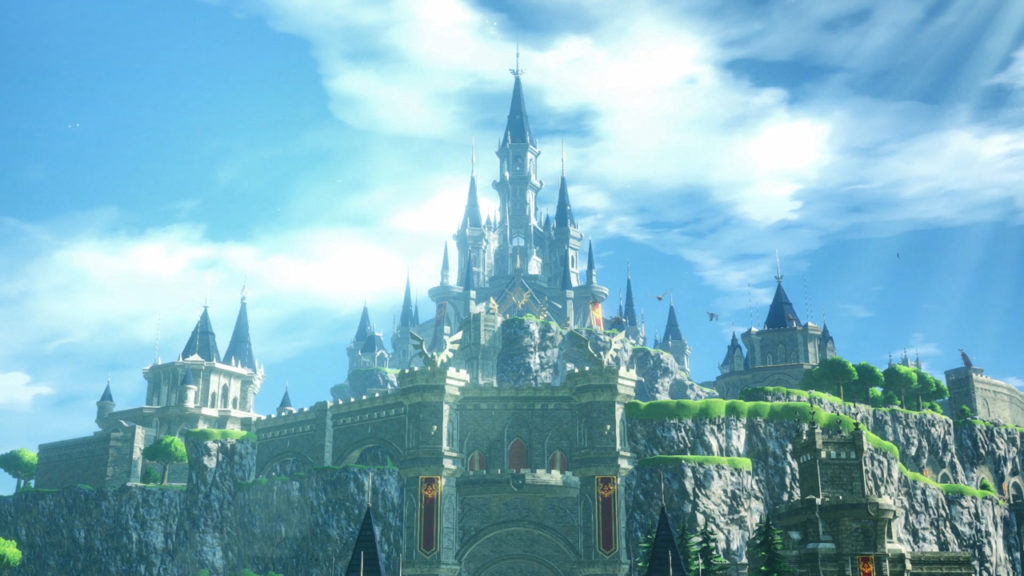 Age of Calamity sticks to the light and heavy attack combos you’d expect from a Warriors game but adds a plethora of other ways to dispatch your foes along with them. With the power of the Sheikah Slate, you can unleash all the abilities you remember from Breath of the Wild on a cooldown. Remote Bombs are useful in most situations, but to make the most out of Magnesis you’ll want to have a metal box handy to swing into the crowds. Then there’s Stasis, which keeps enemies stationary so you can send them careering off into the distance. Finally, Cryonis summons ice to stop an enemy charge, or even freeze them if they’re in a body of water.

These four Sheikah Slate abilities are most useful when it comes to the tougher enemy captains or screen-filling bosses. When fighting one of these challenging foes, they’ll often prepare an attack that will be countered by a Sheikah Slate power. Once you see the handy indicator that lets you know that a big icy block will stop them in their path, there’s only a limited amount of time to let loose with your power and stagger the enemy and reveal its Weak-point meter.

The way to deal the most damage to a hulking demon is by depleting the Weak-point meter and hitting a hugely damaging Weak-point attack. After a big combo, most enemies are vulnerable and allow you to start pounding down into this hexagonal meter for a brief moment. Dodging the incoming moves so you can start chipping away is the key to surviving these encounters, and if you dodge with perfect timing you can even counter with a time-slowing flurry attack. 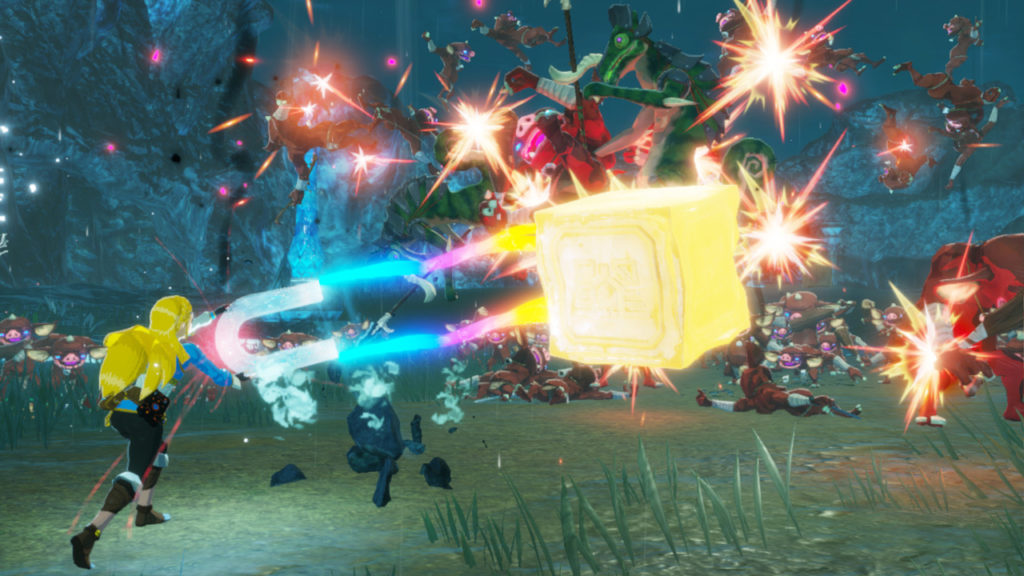 Another great offensive ability in your arsenal is the elemental rods dropped by dispatched Wizrobes. A charge from one of these deals damage and reveals the Weak-point of any enemy in its range, and if used against a captain of an opposing element leaves them beyond vulnerable. Koei Tecmo has done a fantastic job of ensuring there’s an array of options for how you handle each encounter, while also keeping the source material at the forefront of the action.

It cannot be understated how much Age of Calamity feels like it exists in the world of Breath of the Wild. The gorgeous aesthetics certainly help with this, but even mechanics like cooking and hidden Korok seeds return to add to the authenticity. Even I felt nostalgic seeing the return of the memorable locales and the cast of characters.

There are slightly fewer playable characters in Hyrule Warriors: Age of Calamity than in most other Musou games, but this is offset by how completely differently they all play. As well as having their own combos, move sets and using the Sheikah Slate differently, each character has their own special ability. The Gerudo Chief Urbosa can charge up a lightning gauge to enable huge electric combos, whereas Goron Champion Daruk has an impenetrable shield and the ability to roll around. You’ll need to spend a bit of time learning how they play, but you will have plenty of time for that during story missions and side missions. 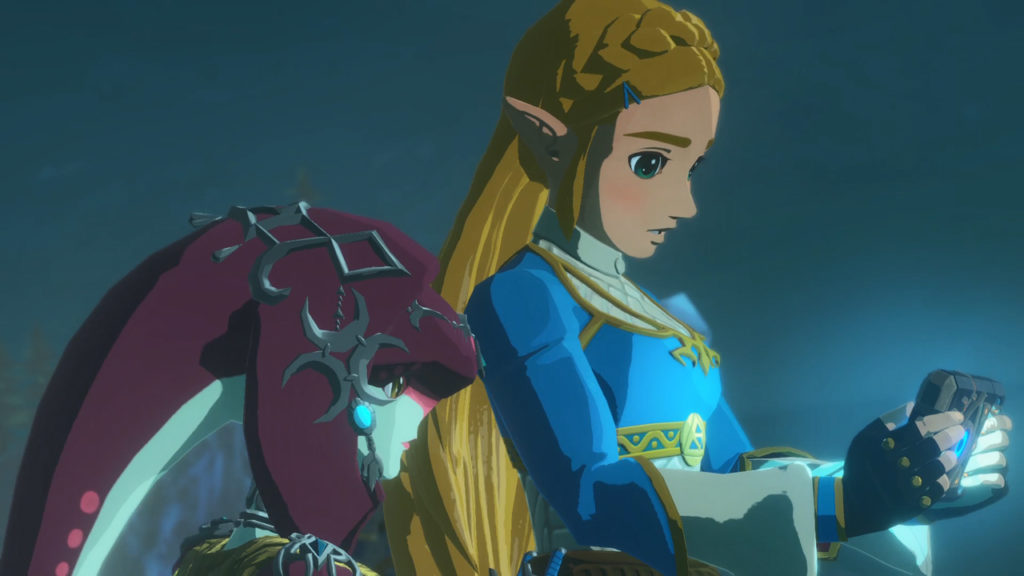 Between levels, you’ll be greeted by a world map of Hyrule, with icons to indicate story missions and side quests. Many of the side quests are requests for materials from the people of Hyrule, and in exchange for these, you’re rewarded with anything from bonus hearts, recipes, or even extended combos. There are also side missions that send you out onto smaller battlefields, often with restrictions or themes to mix things up. You might have to defeat enemies with a specific weapon, or beat back to back bosses within a time limit. These missions are fun, but the amount of them that flood your map between story content can get overwhelming. And if you don’t complete the majority of these “optional” quests you’ll be severely under-leveled going forward.

There are plenty of other ways you’ll need to strengthen your characters, too. The Blacksmith will fuse weapons to power up your favourite tool of destruction, with the bonus of not having to worry about durability this time around. The Training Camp will level up your characters to match your highest level ally, which is handy if you’ve over-leveled Link and want everyone to catch up. You can also colour any of Link’s unlocked outfits at the Dye Shop, in case you want to look fashionable as you lay waste to Lizalfos.

Outside of the traditional Musou missions, you’ll sometimes be tasked with piloting a Divine Beast as one of the games’ Champions. In these clunky first-person sections, you’ll stomp around (or fly if playing as Vah Medoh) firing projectiles that destroy thousands of enemies at once. You’ll need to be careful to block incoming attacks as much as possible, as dodging isn’t an option in these titans. I wouldn’t want to spend a huge amount of time in these slow-paced mechs, but it does feel empowering to take out 10 particularly nasty boss enemies with one sweep of your laser beam. 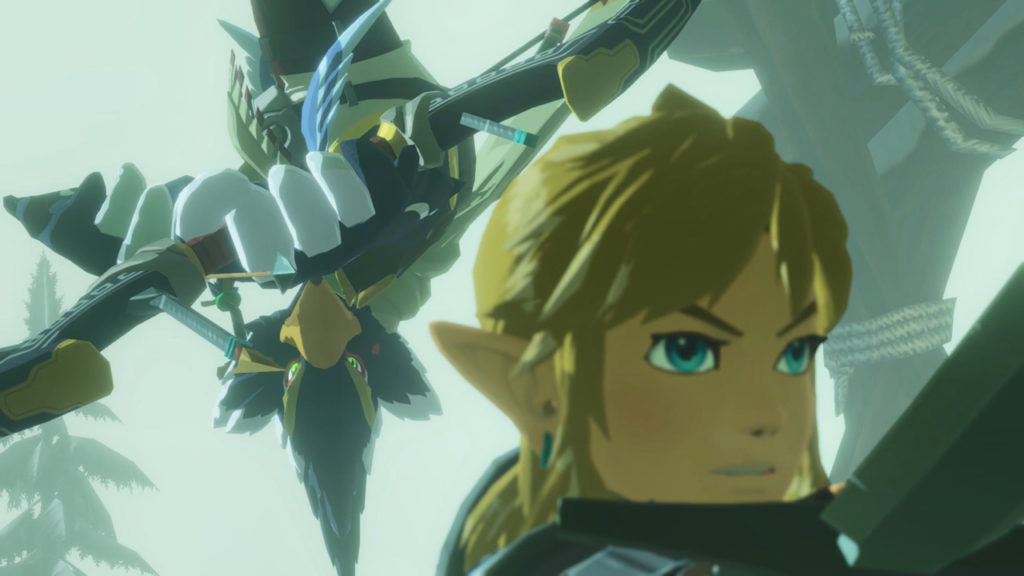 A feature I really appreciate in Hyrule Warriors: Age of Calamity is the local co-op mode. Every mission can be played with a partner at the press of a button, with single Joy-Con play supported. I always loved playing the PS2 Dynasty Warriors games with a friend, so it’s nice to have the option to do that here throughout the whole story mode.

The biggest issue I had during my time with Hyrule Warriors is the performance. The framerate isn’t exactly silky smooth at the best of times, but in busier or more visually impressive areas it drops noticeably. It didn’t hugely impact the gameplay for me, but it isn’t ideal. There are also issues with the camera when in more cramped areas of the map. The number of times I took damage because my vision was obscured by a wall behind me was needlessly frustrating.

Hyrule Warriors: Age of Calamity is one of the best Musou games I’ve ever played, and a worthy addition to the Breath of the Wild universe. The combat is intensely satisfying, with multiple viable ways to approach a tough enemy in your path. It has some technical niggles and can drown you in side quests sometimes, but the sheer variety of characters and ways to upgrade them make this a must-play for Breath of the Wild fans and Musou lovers alike.

Hyrule Warriors: Age of Calamity is a fantastic Musou game that stays true to it's Breath of the Wild roots. With some of the best gameplay in the genre, it's easy to recommend.