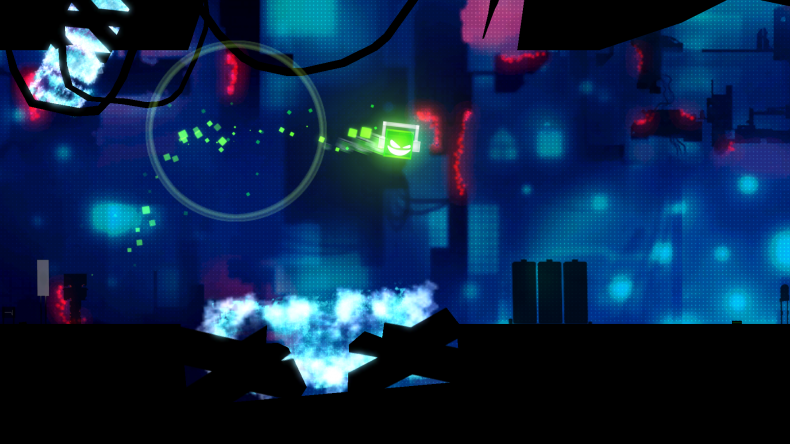 The people who brought you games such as Killing Floor, Oil Rush and Endless Legend, Iceberg Interactive, have struck a worldwide publishing deal with French indie developer, Seaven Studio, for the rhythm-driven platform, Inside  My Radio’.

Inside My Radio was originally conceived by developer TurboDindon, who created it for the Ludum Dare #23 competition. It did really well in the competition, winning both Overall and Audio prizes in the  Jam category, whilst claiming second place in Coolness and Innovation categories.

Since then, TurbroDindon teamed up with Seaven to make In My Radio into its own, fully fledged game, for PC and consoles.

The game consists of you, a green LED trapped inside a dying radio, having to jump, slam and dash your way through various levels to bring the music back to the radio. However, there’s a catch, as your movements must be in time to the beat.

There are several different worlds in which you must bounce your way through, with each one containing a unique music style, art and story.

“We are very excited to work with the Iceberg team as they will help us to have a much bigger impact for the game, Iceberg Interactive has been extremely excited about the game since they played it and understood right away our intentions and are totally supportive of it. I don’t think there’s a better partner right now for Inside My Radio!”

We definitely like to publish games we enjoy playing. With Inside My Radio we believe we have found a real gem that we have been playing constantly since we first saw it. We are stoked about the possibilities for this franchise and can’t wait to release it to the world.”

The PC version is nearing completion and is set for a Q2 2015 debut launch on Steam.