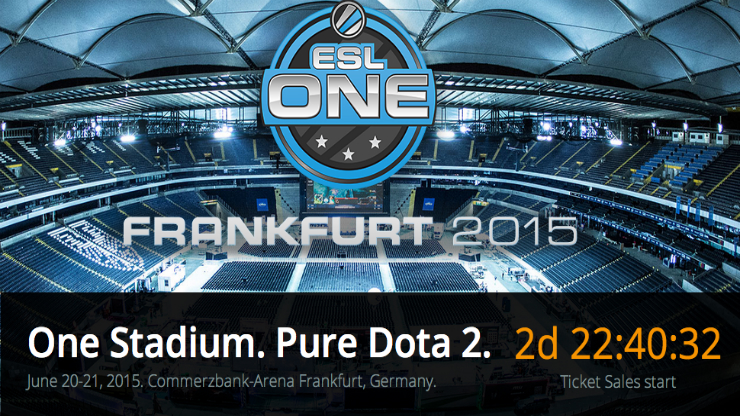 Team Secret have been directly invited to the ESL One Frankfurt Dota 2 tournament.

They are the first team to be confirmed for the event; with two other teams to be invited in the coming weeks and then five other teams will come through regional qualifiers (three from Europe, one from China and one from SEA).

The lack of an American qualifier not only suggests that Evil Geniuses will also receive a direct invite but also drew complains from other American teams. The ESL have since announced that American teams can take part in the European qualifiers but they will have to play on Lux servers, which isn’t ideal.

ESL One Frankfurt will take place in the Commerzbank Arena, a former World Cup football stadium, from June 20-21.

eSports! I joined God is a Geek all the way back in September 2013 and since then have spent most of my time on Dota 2, and occasionally posting the odd review, news article or totally wrong predictions for The International. When I am not playing Dota I can probably be seen watching some kind of strange eSport or begging for more Twitter followers (@MikeStubbsy if you are interested). Aside from GiaG I am a computing student, football coach and major Apple fanboy.
MORE LIKE THIS
DOTADota 2ESLESports