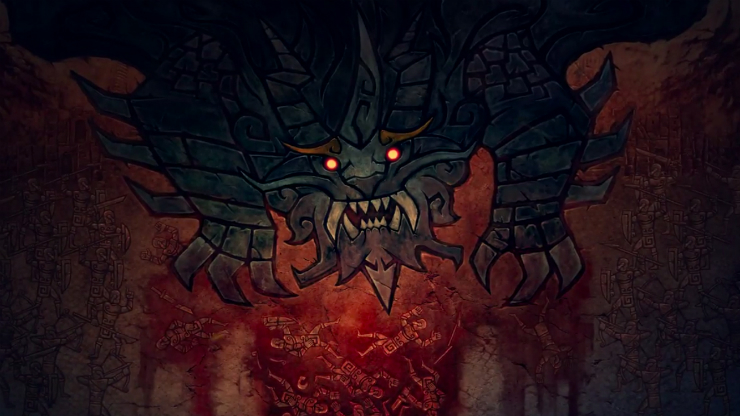 The New Bloom update was introduced to Dota 2 just a few days ago bringing with it the Year Beast game mode, however the community is questioning its implementation.

The game mode is a normal game of all pick Dota, however once every five minutes a year beast spawns on both the Radiant and Dire sides. The beast will run down a lane and push as best they can, being controlled by AI.

The way you interact with the year beast is by spending ability points that you can either unlock in small amounts in game, or can purchase for real money. Using these points can heal your beast, teleport it to another location, instruct it to attack a certain enemy or give it double damage among a few other things. One of the main issues with this is that anyone who buys a large amount of points is almost guaranteed to win the game, if the other team doesn’t have a similar amount of points to spend.

Another issue the community has taken with the event is that the game mode is only available for 10 minutes, once a day at an unspecified time. A note will appear an hour before the 10-minute window is available but that is the only warning we get. Not only is the community moaning that the 10 minute period excludes those who are unable to play at that time, they are also pointing out that during this period the servers will (and have so far) fail to meet demand. It is also worth noting that during this 10-minute period the only game mode available is the Year Beast mode.

I managed to play the Year Beast mode around 9pm last night, and can attest that the only reason my team won was due to one person having thousands of AP to spend on our beast, within 15 minutes our beast had pushed down two sets of barracks and the game was effectively over.

Let us know if you think this Year Beast system is fair or if Valve need to change it in the comments below.

eSports! I joined God is a Geek all the way back in September 2013 and since then have spent most of my time on Dota 2, and occasionally posting the odd review, news article or totally wrong predictions for The International. When I am not playing Dota I can probably be seen watching some kind of strange eSport or begging for more Twitter followers (@MikeStubbsy if you are interested). Aside from GiaG I am a computing student, football coach and major Apple fanboy.
MORE LIKE THIS
DOTADota 2Valve