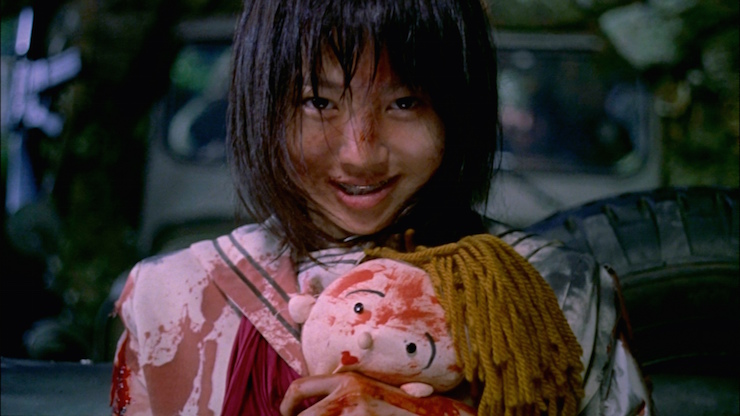 To celebrate the release of Final Fantasy Type-0 HD on Xbox One, Square Enix has partnered with Arrow Films to bring the 2000 film Battle Royale to Xbox Live this weekend, free to watch for all Xbox Live subscribers. The link is that they both contain badass school children and violence.

From director Kinji Fukasaku, Battle Royale is something of a cult classic, seeing a group of ninth-grade students forced to compete in a Hunger Gamers style bloody, no-holds-barred game of survival.

In our review of Final Fantasy Type-0 HD, we said: “Once you dig through the reams of exposition, the story is great, and watching it unfold is thrilling and, at times, genuinely moving – and the mature tone suits the series far better than you might expect. It’s not the HD remaster to end them all, but it does enough to make a four-year-old PSP game feel mostly current, and the combat is utterly brilliant. It’s just a shame that Square Enix didn’t do more with the aesthetics, back-story and plodding pace.”

If you’re not sure about battle Royale, why not check out this delightful trailer below?