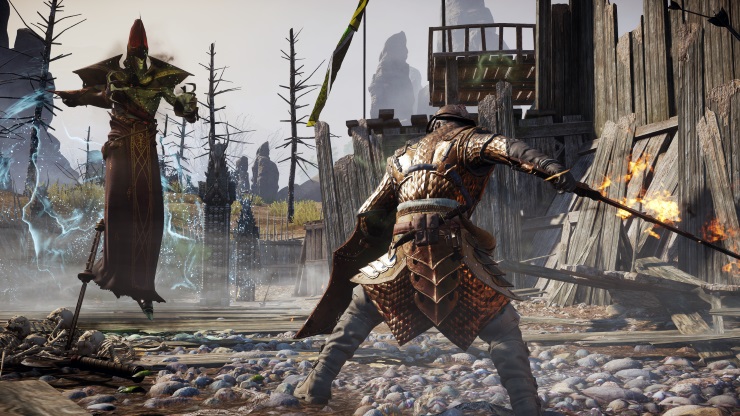 The first screenshots of Dragon Age: Inquisition‘s single-player DLC have been released ahead of it becoming available on Xbox One and PC later today.

The DLC, titled Jaws of Hakkon, costs £11.99 and will amount to 1.5GB of hard drive space. The package will include a “vast new area” as well as a storyline that chronicles what happened to Thedas’ last Inquisitor.

The Xbox Store description of the DLC reads: “Discover the fate of the last Inquisitor and the powerful dragon he hunted. Enter an overgrown wilderness filled with Avvar, fiercely independent hunters who settled in the southern mountains of Thedas. Explore their culture to uncover what happened to the last Inquisitor and the dragon he pursued. Find an ancient Tevinter fortress that hides a dangerous secret. In this new adventure, playable within the Dragon Age: Inquisition campaign, you will face powerful foes, gain legendary armour and weapons, and confront an ancient god of war bent on destroying the world.”

See the first screenshots of the Jaws of Hakkon DLC below.

Currently an English, Journalism and Creative Writing student at the University of Strathclyde. Based in Glasgow, I spend most of my free time playing video games ranging from Japanese visual novels to horror games. You can contact me at greg@godsiageek.com!
MORE LIKE THIS
BiowareDLCDragon Age Inquisitionjaws of hakkon