Rock Band 4 is Coming This Year, We Spoke to Harmonix About it 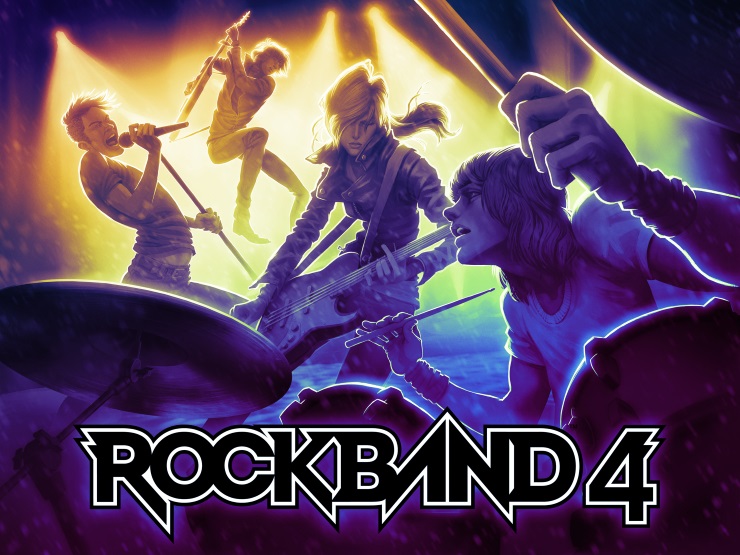 By the time Rock Band 4 is released, it’ll have been five years since Rock Band 3 was a cornerstone of my family entertainment. Speaking to Nick Chester, PR and Communications Lead at Harmonix, it’s clear that they want that to happen again, but that this new game is very much one “for the fans”.

And I believe him. We chatted for well over an hour, where he revealed that it’s coming to Xbox One and PlayStation 4 later this year (they’re aiming for fall 2015), and he had some good news for fans who have been with them for a while.

“If you bought stuff on the Xbox 360, you’ll be able to redownload it at no additional charge on the Xbox One, and PS3 to PS4 the same situation. That includes all the stuff you were able to export from Rock Band 1 and 2, LEGO Rock Band, any of the track packs, things like that. It comes with a caveat, though. Porting all of these songs to next gen consoles is really, really difficult.”

That does seem like an insane amount of work…

“Yeah, we’re looking at over 2000 songs that we had authored and submitted to the stores for download over the course of four or five years. That’s a lot of work that we need to cram into a small space, so our plan is to get all that content up and running on the new-gen consoles, and there’ll be a huge chunk available on day one. We know it’s important to bring that content back as people have invested in it. We look at Rock Band as a platform, and we want to move that forward to the new consoles – it’s happening. We have a team that is dedicated to making sure this happens, and we’re going to be hiring people moving forward to do it, too. It’s a lot of work for Sony and Microsoft, as well. There’s so much they have to do on their end for each piece of content, and they’re really great partners on this. There are few, if any games that support so many pieces of DLC, so there’s not much precedent.” But there will be new equipment, too. Harmonix have joined forces with Mad Catz (joint-publishers) when it comes to the gear, and although to the naked eye, the gear will look the same, inside there are subtle tweaks to make the more robust, and generally better than before.

“They helped us with Rock Band 3; they know what they’re doing. That hardware is going to look and feel like the hardware you know, because we aren’t dramatically changing the core gameplay. The hardware will be upgraded in a couple of ways, in terms of the parts that we’re using in it. For example, the tilt-sensor will be an accelerometer this time, so when you tilt to deploy overdrive it’s going to be more reliable than it was in the past.”

But what about the old hardware?

“That’s a little trickier. We’re working really hard right now to make that happen, but there’s not really a precedent for old generation hardware working on the new consoles. There’s hardware and software issues, policy issues, and things like that, but we’re actually already working on solving that problem. We feel pretty good about it – we’re talking to both first parties about that, and we feel good about it, but we can’t one hundred percent commit right now, but we’re working towards it; we know it’s a thing that people want.”

New consoles mean new ideas, of course, and though they’re not ready to talk about them yet, they do have some plans. But Rock Band 4 sounds like a back to basics product, and the pro-guitar stuff won’t be present, and nor will the keyboard tracks. After studying the back-end data, and collecting lots of feedback from their recent questionnaire, they just found those modes weren’t played.

“Of course, we have dedicated fans of these modes – and appreciate their support. But in order for us to create a truly stellar version of Rock Band on these new consoles, we have to focus on what is meaningful to the widest addressable audience. We found in the recent survey that people just love playing our game with their friends. So we’re really doubling down on making that party-play, that social experience better. And I can’t say too much about what we’re going to be doing, but it’s going to be cool. We were happy with the design of the keyboard, but quite frankly, it wasn’t where most of the players spent their time. So we’re really focussing on what people do the most: they play drums, they play guitar, and they sing – that’s the core of the game. You’ll be able to do pro-drums, because the way that stuff was authored, it’s in there anyway.”

Things have changed, however, and Nick is well aware that Rock Band 3 (and competition, Guitar Hero) existing in a very exciting, lucrative bubble that was mined hard and fast, and they don’t expect to replicate it, nor are they aiming to try.

“The game that we ship this year, is going to be the game for the generation. We’ll continue to release musical content, but we’ll also update the game in significant ways (patches and things like that), and though we don’t have specific details, you can invisiage a situation where features the audience want can be implemented. So maybe the Rock Band you’re playing now feels completely different in a few years, but you haven’t bought three discs. We really hope to continue a dialogue with our players post-launch, to find out what they want, and how they want the game to evolve. That’s really exciting for us.” “One of the things we’re going to be careful on, is that we won’t be filling stores to the rafters with hardware. We’re being pretty conservative on that, so we’re planning to do pre-orders on the hardware so we can manufacture it based on pre-orders. There’ll be some pretty cool guitar finishes, so if you pre-order you’ll have a few different choices based on colour, or where you pre-order from.”

Harmonix are a leaner, tighter machine these days, and have gone from a near 300-strong team in the heyday of the Rock Band 2 and 3 days, to nearer 120. This time around, with no huge bucks from EA, Harmonix plan to have control over their game. Every time I asked about a potential idea, I was told that they aren’t ruling it out. What about other formats? What about the PC?

“We found that most of our players were on Xbox 360 and PS3, so it was easy for us to make the logical leap to the new consoles. There are challenges to bringing Rock Band to a PC, so it’s not in our plans at the moment. Same answer for Wii U, it’s not in our plans right now. It’s not out of the question, though, we’d obviously love to have Rock Band on as many platforms as is reasonable, and where there’s demand.”

“As a fan of music games, I can’t wait to see what they’re up to. I don’t think we want to get into that arms race again, we’re going to focus on our audience. We don’t need to recapture that magic of that time. It’d be great if we could, but we just want to make sure we’re delivering an awesome experience, and we’re not delusional, let’s put it that way – we don’t think it’s going to be as big as it used to be. We still believe there’s a huge audience for the game that really hasn’t gone anywhere, despite us not releasing a new title or content for years. We still see hundreds and thousands of unique users playing the games monthly, so we know the audience is out there.”

So will Rock Band 4 be released in the same way Rock Band 3 was?

“Rock Band 4 will be a full retail game, it’s going to have its own soundtrack which we’ll be announcing in the coming months. You’ll be able to buy Rock Band 4 and have a complete experience even if you never update, but we’re going to be building on that experience – we hope in significant ways.”

Are they planning a Singstar-style release?

“I don’t think it’s impossible for us to do it, but that’s not our plan. We did it for Dance Central on Xbox One, and that was cool, but I think our retail presence with this game is really important. We want to get the game and hardware back into people’s hands, if they need it.”

And they’ve got a lot on their plate, with Amplitude still in development. But that raised another point. If a game that exists in a tiny niche, that required you to be a certain age to remember it, could be funded via Kickstarter, did they ever consider going the crowd-funding route for RB4?

“It took off, and all the Amplitude fans showed up, but it went to the wire. We’re happy we were able to fund it, because we don’t know if we could have made it otherwise – it’s a risky game to make, it didn’t sell well when it was originally launched. We needed to make sure our fans were going to be there to actually buy the game. The idea was mentioned in passing for Rock Band, but never seriously. Kickstarter is not easy, it’s stressful. Coming out of the Amplitude Kickstarter we excited and relieved, but we felt like ‘I need a cigarette after that!’, and we don’t really want to go back to doing that again. That’s not to say we won’t go back if the project is right, but I don’t know that Rock Band is the right fit for Kickstarter.”

So there you go, Rock Band 4 is real – it’s happening. As a fan of the series, everything Nick told me calmed any fears I might have. This is a game made for the people who supported them by buying DLC for five years. This is the game they want to make. We’ll find out more when we get to play it later in the year, and I’m very excited.

Oh and Nick keeps his ketchup in the fridge, because he’s a fucking rock star. Peace, out.

Thanks to NIck for his time. Rock Band 4 is expected towards the end of 2015

Editor-in-Chief here at GodisaGeek, I organise almost every bit of content as well as running our weekly Podcast, and being the lead producer on our YouTube Channel. That means I'm very busy and sometimes grumpy. Yay!
MORE LIKE THIS
HarmonixRock BandRock Band 4