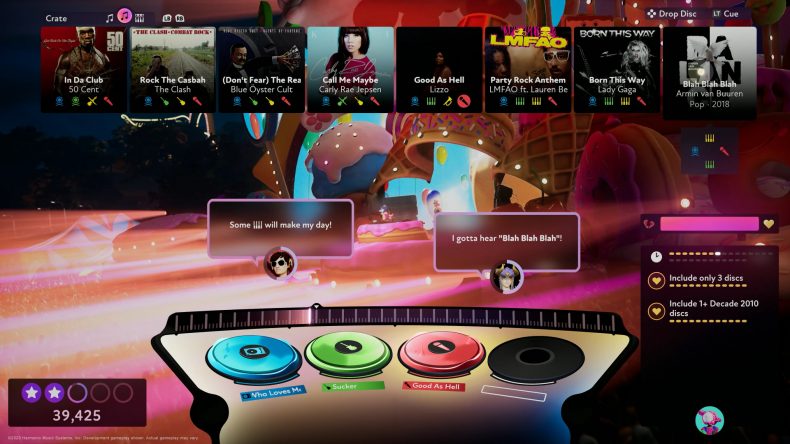 Publisher NCSOFT and developer Harmonix have some new FUSER news. A new trailer has been released packed with new details. This new trailer shows off what you can expect as a FUSER DJ throwing your own festival. There’ll be music, crowds, fancy set pieces and a customisable wardrobe.

There are a load of options to make your DJ look as stylish, and memorable, as possible. Or you could always go for a understated look and let your music speak for itself.

You don’t have to worry about hosting a whole festival yourself either as FUSER comes with multiplayer. Up to four people can take part and mix up songs for the world to see with plenty of people tuning in to see what you’ve all got.

As for the music, FUSER will be shipping with over 100 songs but 12 new songs have been announced. The following are now part of the mix:

If DJing and Fusing sounds like your thing you won’t have long to wait. FUSER will release on PC, PS4, Switch and Xbox One on November 10.

Now you’ve read about the details, you can see them in action in the new trailer just below this.