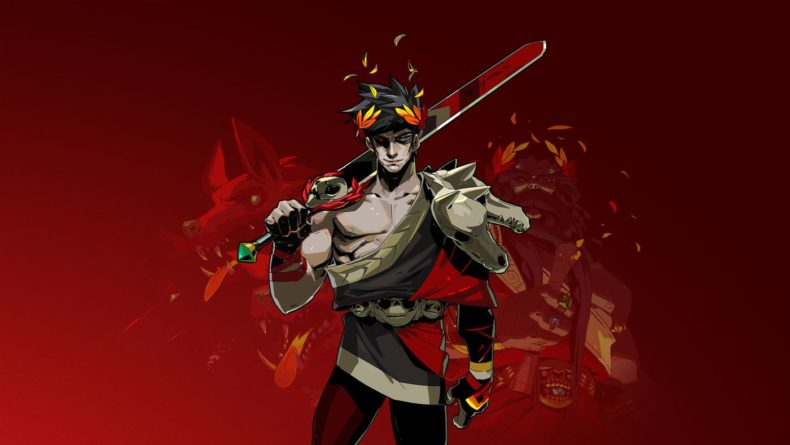 As I look at the list of my top ten games of 2020, something strikes me as different from most years. Half the games on here I wouldn’t have even thought would make my list this year back in January. And that’s incredibly refreshing as it means titles have pleasantly surprised me, and by my own admission, I’ve given games a chance I never thought I would. It’s also felt harder to trim this list down to just ten than in other years, such has been the quality and variety this year. This all adds up to an eclectic mix of titles that make up my top ten. There’s plenty of death, some relaxation, a sense of adventure, and some good old-fashioned joyful celebration. So here we go, let’s jump in.

Ori and the Will of the Wisps – One of the hardest cuts I had to make, as this is a gorgeous, heartwarming adventure, with sublime platforming. A great follow up to Ori and the Blind Forest, and well worth your time.

Tony Hawk’s Pro Skater 1 + 2 – The biggest compliment I can give this game is that it makes you feel like a teenager again. This is Tony Hawk as it should feel, tight, familiar, and shed loads of fun.

Fuser – A music/rhythm game where the mixing sounds amazing and has more depth and options than it seems. Stacks of replayability and incredibly addictive.

Spiritfarer – A heartwarming adventure with emotional and poignant dialogue. Hits you right in the feels and looks lovely too. 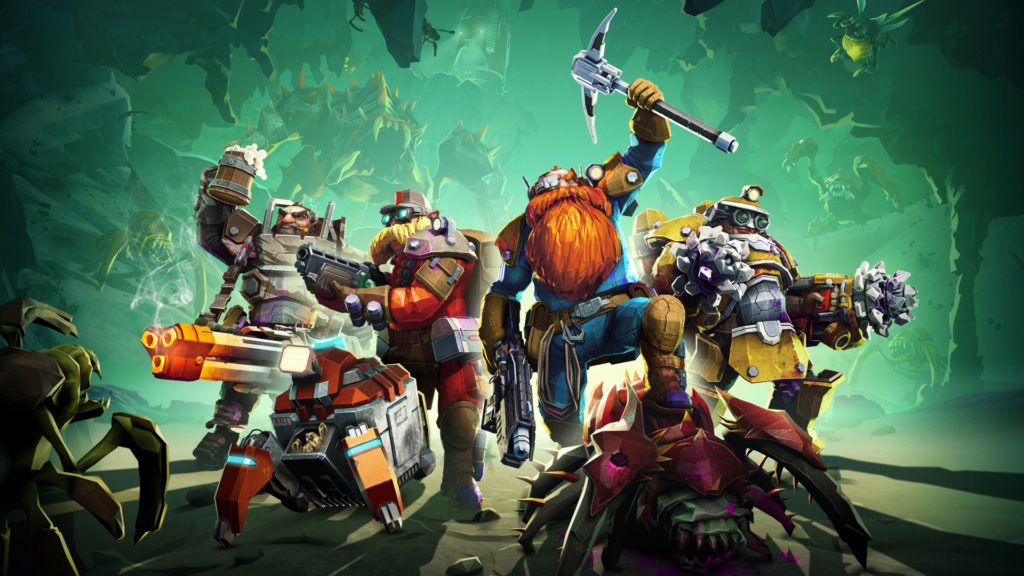 These mining dwarves shouldn’t excite me as much as they do. I think it’s because they have kick-ass space guns and like a beer and a dance next to the jukebox. Or maybe it’s because, beneath the brash facade, there’s an incredibly deep, cooperative adventure to be had, that never seems to get stale. Making the most of your team and their skills cooperatively is half the fun and no adventure is the same, thanks to the different modes and cave layouts. Before you know it a 45-minute mission has passed in a second, but you’ll jump back in for another one straight away, it’s just that good. ROCK AND STONE!

The Miles Morales adventure is everything you expect it to be; more of the same fun, web-slinging action we had back in 2018 with the original Marvel’s Spider-Man. But that’s an incredibly good thing, as all the best bits of that game – the varied combat, the amazing traversal through the skyline of New York – are here again. The added grunt of the PS5 makes this look gorgeous, which helps add to the immersion, and there are enough new bits included to warrant a new release too. You’ll also undoubtedly fall in love with Miles ahead of the heavily hinted at main sequel.

The Paper Mario series always feels like when Nintendo let their hair down a little. They can do funny, witty humour, even double entendre and have fun with it. I loved the writing, and the variety of areas to explore and things to see and do. The combat is brand-new too, and once you get your head around it, you get that sense of pride when lining up a particularly challenging set of enemies. The boss battles are clever, and always a fresh take on the usual combat. And the visual style and aesthetic are top-drawer and consistent throughout. HD paper shouldn’t look this good, but somehow it manages it.

Yes, it’s a terrible name, and yes this borrows heavily from Breath of the Wild. But to dismiss it for those things, as I almost did, would be a grave mistake. Immortals is a load of fun, well put together, and is really quite funny at times too. There’s so much to explore and you’re rewarded for doing so. The combat is deceptively deep once you delve into the upgrade trees, and it’s very tight and responsive. Copying from Breath of the Wild may feel like a sin, but to do it this well and with its own style, means Immortals stands on its own two feet.

Never has a series so successfully combined the terms “bat-shit crazy” and “endearing” as the Yakuza series. And with Like a Dragon, if anything, it feels like it’s dialling it up a notch or two. It’s packed with so many elements and things to get your teeth into, it can feel overwhelming at first, but it will click, and when it does, that smile won’t leave your face. Ichiban is also a fabulous protagonist, essentially a gamer nerd at heart, he’s also flawed too, naive to the workings of the real world. You’ll end up loving him and everything there is to do in Yokohama. If you’ve not tried the Yakuza series before, there’s never been a better time to jump in.

Astro’s Playroom was a lovely, delightful surprise that I never believed would be on this list. Bundled free with the PS5, it serves as a wonderful showcase of the functionality and serious potential of the DualSense controller. It’s also a lovely platformer to boot with smooth movement, varied areas to explore and packed full of ideas despite its short run time. It reminded me of Super Mario Odyssey in many ways, never sticking to one idea too long before it innovated in a new way. The homage to the history of the Playstation is great too, and is pure celebration without a hint of arrogance. Everyone who has a PS5 should play this.

Bluepoint Studios should be commended for such a glorious remake. The first Souls game garnered a cult following on PS3 and now thanks to a frankly beautiful overhaul on the PS5, many more will get to enjoy it’s tight, but brutal gameplay. The combat is certainly smoother, and less clunky than the early Souls originals, but it still feels like it should. The lighting effects are gorgeous and if you catch a glimpse of a vista, you’ll likely stop in awe, providing an enemy hasn’t got eyes for your internal organs at the same moment. The audio adds to the atmosphere being quite reserved at times, only adding tension or drama when needed. A challenging adventure, faithfully reimagined, that delivers everything it set out to.

I do like a rogue-like dungeon crawler, and Hades is one of the best I’ve ever experienced. With tight combat and a slew of different enemies, the isometric action never lets up. Zagreus as the protagonist is likable and relatable, and the way Supergiant games manage to weave a believable narrative through a rogue-like adventure is incredible. Character dialogue updates depending on your actions, and the unfolding of the story. In terms of the main gameplay, various currencies and collectibles work together to provide you with the edge in the moment, as well as sustained progression even in death. It means even through failure, you’re still getting stronger and unlocking more options to help you on your quest. An incredibly enjoyable “just one more” rogue-like that fully deserves your attention.

The hotly anticipated sequel to one of the best games of the last generation needed to deliver. And despite the naysayers, there is no doubt in my mind that The Last of Us: Part II is a masterpiece. There are just so many stand-out moments throughout its story, it has well-written characters with their own emotions and flaws, and subverts expectations on numerous occasions. The fact you root for certain characters and change allegiances through the story is a testament to Naughty Dog and the narrative arcs they create, and their clever use of perspective and attention to detail.

The combat is enjoyable and more varied than before, with the Infected still instilling fear and tension by their presence. Visual details such as the look on character’s faces when killing or being killed, and even water effects on weapons shows such passion for immersion. And the audio design is remarkable, adding to the emotion of key moments, whatever end of the spectrum those emotions land. I won’t lie, I wanted a slightly different ending, but that says more about how invested I was with the story and these characters than anything else. Make no mistake, The Last of Us: Part II is exquisite and is a major milestone in storytelling in gaming.

I debated a lot with myself about the placing of the top two games, even whilst writing this article. But, for me, Animal Crossing: New Horizons is deserving of my GOTY. Even when you take away the fortuitous launch timing of the game, there’s so much more to love and enjoy. Ultimately this is a game about you and creating an island home that reflects you and your creativity. It’s about what makes you happy and content, and its laid-back pace makes it all the more relaxing to spend time with.

The individuality of Animal Crossing expresses itself in many ways, not least the unique experiences of those who play it. Some of us had crazy neighbours, others felt guilt and betrayal, and yes, I am a man with a serious flower problem. We’re all different, united in our love and freedom that this game provides. And it’s the sharing of these experiences that I have loved so much, be it with old friends, GIAG buddies, and even our lovely Patreon followers. We created a real community this year, one that defined it for me, and Animal Crossing: New Horizons was at the centre.

Yes, it’s classic Nintendo, so there are drawn-out explanations, repeated dialogue, and an online system that feels a little too clunky. But at the same time, it embraces the slow pace it is clearly designed around and is supported by delightful visuals and a calming soundtrack that relaxes your mind and allows you to simply exist in your own little paradise. A wonderfully charming experience, that rightly captured the hearts of millions, by letting you do you.